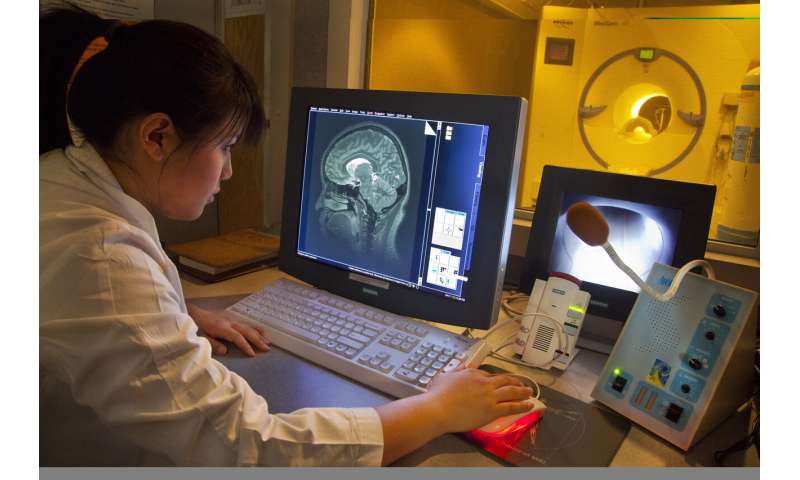 Biomarkers—measurable physical signs of a condition—could be a useful way of testing for Alzheimer’s disease, according to a new review study.

The study, by researchers with the Minneapolis VA Health Care System and University of Minnesota, appears in the April 28, 2020, issue of Annals of Internal Medicine, along with two other reviews on Alzheimer’s disease diagnosis and treatment.

Lead study author Dr. Howard Fink explains that accurate testing would help in planning care and treatment. “More accurate diagnoses of the underlying causes of dementia in living patients could help patients and families better plan for what to expect in the future,” he says. If new dementia treatments become available, “more accurate identification of dementia type can help direct patients to research studies targeted at specific dementia types.”

Persistent, acquired cognitive deficits that interfere with daily living are referred to as dementia. Dementia affects 10% of older U.S. adults. Alzheimer’s disease is the primary cause of dementia in most cases. However, it can be difficult to tell the difference between Alzheimer’s and dementia from other causes.

Alzheimer’s is usually diagnosed using clinical cognitive testing, including a history of cognitive and functional changes and a physical exam. Previous studies found that clinical evaluation can correctly identify Alzheimer’s about 80% of the time. It can also identify when dementia is not caused by Alzheimer’s 70% of the time. These rates are probably lower in primary care settings outside of research studies and early in the disease’s course, according to the researchers.

The only sure way to confirm Alzheimer’s remains an autopsy of the brain after death. Studies suggest, though, that emerging biomarkers may eventually provide a reliable way to confirm the disease in living patients.

In the biomarkers review study, the researchers reviewed the available literature on several different tests designed to detect changes in the brain associated with Alzheimer’s disease.

They concluded, based on reported findings to date, that three different tests are highly accurate at distinguishing between Alzheimer’s disease and other causes of dementia. Studies compared diagnoses from these tests to autopsy results after death to confirm the presence or absence of Alzheimer’s.

The first test is an amyloid PET (positron emission tomography) scan. PET scans involve injecting patients with a radioactive substance and then measuring the radiation emitted. In amyloid PET, doctors can map the build-up of amyloid protein. Amyloid plaques in the brain are a sign of Alzheimer’s. In the studies using amyloid PET, diagnosis rates were greater than 90% accurate.

The next test showing promising results is called FDG-PET. This test uses a chemical called fluorodeoxyglucose to map how the brain is absorbing glucose. Changes in glucose uptake can be a sign of neurodegeneration. In the literature, FDG-PET was accurate at distinguishing Alzheimer’s from other types of dementia. It could accurately detect the disease about 90% of the time.

Another test being studied is MRI (magnetic resonance imaging). Doctors can use MRI to detect size changes in the temporal lobe of the brain. Reduced volume of the hippocampus may indicate Alzheimer’s. The accuracy of MRI diagnosis was greater than 90%.

The review also found two other tests that were moderately accurate, but not as accurate as the other three. One is single-photon emission computed tomography (SPECT), which measures the pressure of blood flow to the brain as a sign of degeneration. The other involves testing the cerebrospinal fluid for proteins related to Alzheimer’s.

These tests are currently used primarily in Alzheimer’s research settings, according to Fink. FDG-PET may be used in clinical settings more often than other tests because the Centers for Medicare and Medicaid Services approves its use to distinguish between Alzheimer’s and frontotemporal dementia when diagnosis is uncertain.

While these tests show promise to improve the diagnosis of Alzheimer’s disease, say the researchers, more study is needed. The review could not determine which test is most effective. The researchers note that, because of variation in the studies’ methods and subjects, test accuracy in a clinical setting would most likely be lower. Biomarker testing also needs more standardization to set measurement levels and test methods.

The same research team also conducted two other reviews on Alzheimer’s disease. The first was on how accurately cognitive tests can distinguish between Alzheimer’s dementia and mild cognitive impairment or normal cognition. They found numerous studies showing testing to be highly sensitive to Alzheimer’s versus normal cognition. Several stand-alone evaluations appear to be accurate in this task, including memory tests, the Mini-Mental State Exam, and the Montreal Cognitive Assessment.

The review showed that cognitive tests are less able to show a difference between mild Alzheimer’s and normal cognition. The researchers also found lower accuracy for differentiating between Alzheimer’s and mild cognitive impairment.

Nearly all of the studies in the review were small and few compared different tests or combinations of tests. This limited the conclusions that could be drawn, according to the researchers. More study on the topic is needed, they say.

In the cognitive test review, the researchers looked at testing for patients for whom cognitive impairment was suspected but who hadn’t been diagnosed yet. The biomarker review focused on patients who had already been clinically diagnosed with dementia.

Another review by the team looked at the benefits and harms of drug treatment for Alzheimer’s-type dementia. The researchers found some evidence that medications called cholinesterase inhibitors led to small cognitive improvements, compared with placebo. These differences were of uncertain clinical importance, according to Fink. The studies reviewed did not show much effect of the drug on function or global clinical impression. Global clinical impression is a rating of symptom severity, treatment response, and treatment effectiveness.

The review also looked at adding the drug memantine to cholinesterase inhibitor treatment. Some studies showed that memantine inconsistently improved cognition and global clinical impression. However, the strength of the evidence was low.

The results led the researchers to conclude that “evidence was mostly insufficient about prescription drugs for behavioral and psychological symptoms of dementia.”