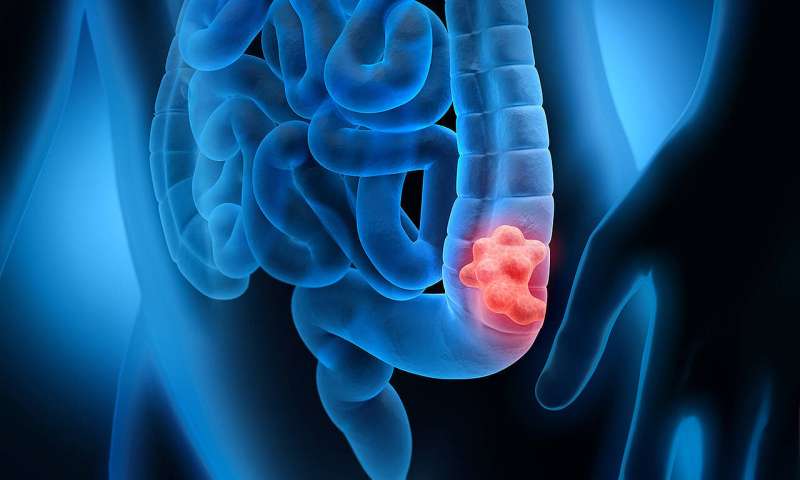 Patients with colorectal cancer have a greater chance of survival if they are operated in hospitals with a high case load. This is because complications that can occur after surgery can be better managed there.

tumors of the colon, so-called colorectal carcinomas, are the second to third most frequent tumors in women and men in Germany. The surgical removal of the tumors is a central component of the therapy.

“Two aspects are important for long-term survival after surgery: firstly, oncologically correct surgery and secondly, the right treatment if complications arise after surgery,” says PD Dr. Armin Wiegering, head of the Visceral Oncology Center at the University Hospital of Würzburg in Bavaria, Germany.

There is a clear correlation between the number of operations performed per year in a hospital and the chance of survival. This was shown by Wiegering’s research team in a study whose results are published in BJS Open, a journal of the British Society of Surgery.

Mortality rates in small hospitals are twice as high

Facts and figures of the study

In Germany, more than half of all patients with colon cancer are currently operated in hospitals that do not meet the minimum case numbers (50 per year) required by the German Cancer Society DKG. With more than 150 cases per year, the University Hospital of Würzburg is one of the hospitals with very high case numbers.

The study included all cases of colorectal carcinomas that were operated in hospitals in Germany between 2012 and 2015. That was a total of 64,349 patients. Across all hospitals, 3.9 percent of the patients died. In small hospitals the rate was 5.3 percent, in large clinics only 2.6 percent.

“This is the first time that we have been able to prove for Germany that there is a clear correlation between the number of patients operated per year and the success of the operation,” said Wiegering. His team was surprised at how big the difference is. “We had not expected that the mortality rate in smaller clinics would be twice as high. It is therefore elementary to operate on patients in hospitals whose medical staff has sufficient experience.”