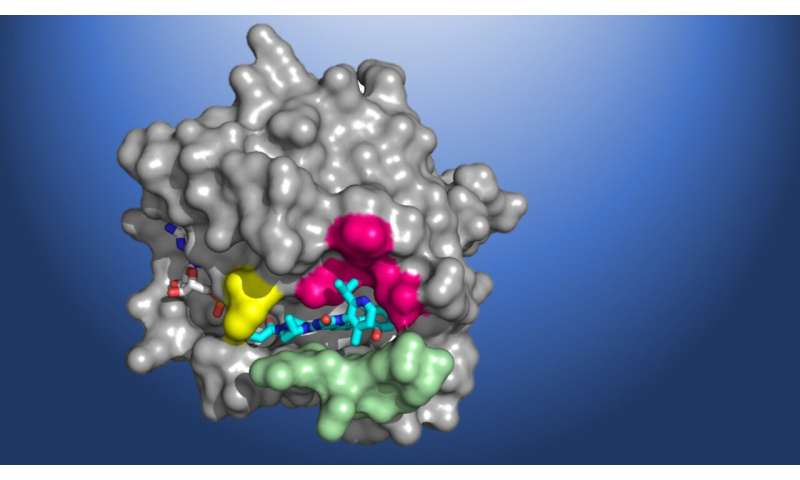 An investigational cancer drug that targets tumors caused by mutations in the KRAS gene will be evaluated in phase 2 clinical trials, following promising safety and efficacy results in preliminary human studies and excellent results in animal studies. The drug, developed by Amgen and currently referred to as AMG 510, is the first therapy to reach clinical trials that inhibits a mutant KRAS protein. Errors in the KRAS gene, which encodes a crucial cell signaling protein, are one of the most common causes of cancer.

The particular mutant inhibited by AMG 510—called KRAS(G12C) – is present in approximately 13% of lung adenocarcinomas, 3% of colorectal cancers, and 2% of other solid tumors.

Despite its significant role in the pathogenesis of cancer, scientists have been unable to design KRAS-specific therapeutics due to the shape of the protein—it has an exceptionally smooth surface with no obvious regions for a drug molecule to bind. Seeking to develop a long-sought direct inhibitor, researchers at Amgen conducted X-ray crystallography of KRAS(G12C) proteins at Berkeley Lab’s Advanced Light Source (ALS). The high-resolution structural maps generated using the data acquired at the beamlines helped Amgen make the breakthrough discovery of a small pocket on the molecule. In subsequent studies, the beamline data allowed scientists to investigate atomic-level molecular interactions between KRAS(G12C) and potential inhibiting compounds that bind in this pocket. AMG 510 emerged as a very promising candidate after a multiyear drug agent optimization program.

“It’s rare that a compound gets all the way through the development process and becomes a drug. So, for the BCSB team, it feels great to see our (small) contribution finding its way to fight diseases,” said Marc Allaire, one of the Berkeley Lab biophysicists who operate the BCSB beamlines.