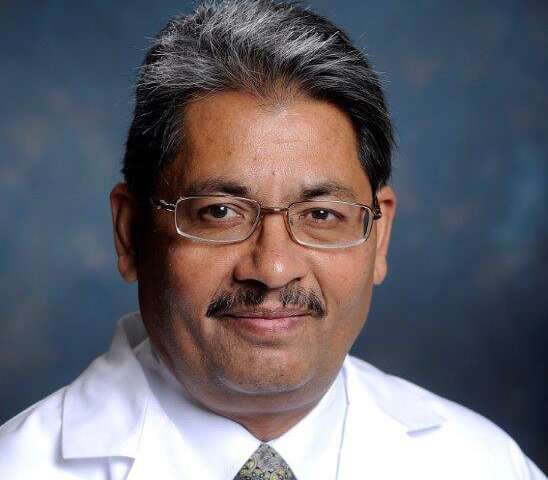 In laboratory experiments, a metabolic inhibitor was able to kill a variety of human cancer cells of the skin, breast, lung, cervix and soft tissues through a non-apoptotic route—catastrophic macropinocytosis.

In mouse xenograft studies, the inhibitor acted synergistically with a common chemotherapy drug, cyclophosphamide, to reduce tumor growth. Thus macropinocytosis, a rarely described form of cell death, may aid in the treatment of cancer.

“Understanding the signaling pathways underlying macropinocytosis-associated cell death is an important step in developing additional effective strategies to treat neoplasms that are resistant to apoptosis induced by chemotherapy,” said Mohammad Athar, Ph.D., professor in the University of Alabama at Birmingham Department of Dermatology.

The inhibitor, OSI-027, affects the mTOR pathway, which plays a critical role in regulation cellular growth and metabolism. Significantly, this potent inhibitor simultaneously targets two distinct protein complexes of the mTOR pathway, mTORC1 and mTORC2. Aberrant activation of these components has been associated with many cancer types.

Macropinocytosis starts with formation of ruffles on the surface of a cell that reach out from the cell membrane. These ruffles then fuse back with the cell membrane, creating a bubble that holds extracellular fluid, and the bubble moves inside the cell to become a vacuole filled with fluid. In catastrophic micropinocytosis, large numbers of these vacuoles form inside the cell and then fuse together, causing cell death.

The UAB researchers showed that dual inhibition of the two mTORC1 and -C2 complexes was necessary for highly effective cell death through macropinocytosis.

In early experiments, the researchers found that OSI-027, and a related dual inhibitor, PP242, induced extensive vacuolization in a wide range of human cancer cell lines, including two subtypes of rhabdomyosarcoma. These vacuoles were then shown to be macropinosomes.

In mechanistic studies, Athar and colleagues found that macropinocytosis depended on activation of the MAP kinase MKK4, which was induced by the presence of reactive oxygen species. However, the full role of MKK4 is not well understood, they say.

Previous work by others had shown that several specific inducers of macropinocytosis induced macropinocytosis mainly in glioblastomas and colorectal cells. “In contrast,” Athar said, “our study demonstrates that the dual inhibitors we tested induce catastrophic vacuolization in tumor cell lines from a wide range of organs, including skin, breast, cervix, lung and soft tissues.”

The effects were much less pronounced in immortalized human keratinocytes.