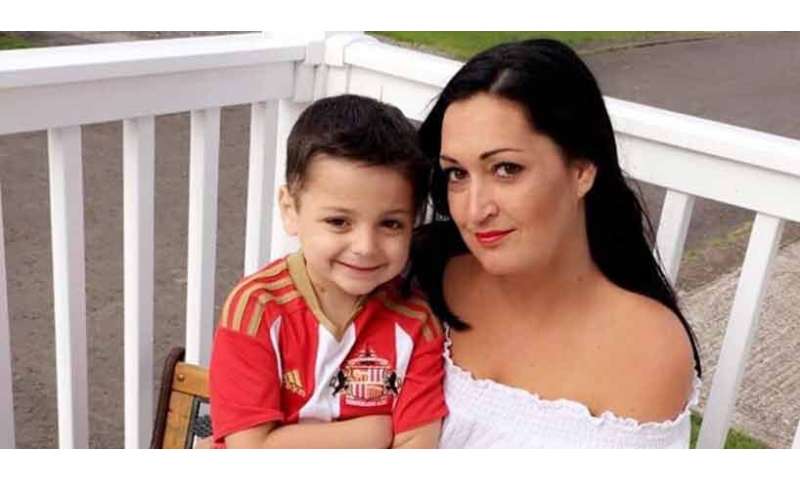 Scientists studying one of the most common forms of childhood cancer have made an important breakthrough in understanding how the disease progresses.

Neuroblastoma is a rare type of cancer of the nervous system that mainly affects babies and young children.

It often begins in the adrenal gland but in around half of cases the condition has spread throughout the body when it is diagnosed, particularly to bone and bone marrow, and in these high risk cases survival is only about 50%.

A study, led by experts at Newcastle University, UK, and published today in Clinical Cancer Research, has focussed on neuroblastoma cells which circulate in the blood and spread through the bone marrow.

It is the first time that circulating neuroblastoma tumour cells have been identified in this way and experts say it is possible to test the effect of newer targeted types of treatments on the circulating tumour cells without the need for an invasive biopsy.

Professor Deborah Tweddle, from the newly-formed Newcastle University Centre for Cancer, led the national study and believes that it is a major step forward in trying to personalise treatment as the number of circulating tumour cells indicate the strength of the disease.

She said: “Our study is an exciting development. It has improved our understanding of the spread of neuroblastoma and why some young patients may be at high risk of the disease advancing.

“If the numbers of circulating tumour cells prove important in predicting the effects of chemotherapy then, in the future, we will hopefully be able to tailor treatment to an individual patient’s needs.

“Through a greater understanding of neuroblastoma we hope to eventually improve the cure rate and, for those children who survive, we want to make sure that their quality of life is as good as possible after treatment.

“Our ultimate aim is to give those with this devastating disease the best chance possible and increase survival rates.”

This study is an example of the pioneering research that is taking place at Newcastle University Centre for Cancer, with a focus on the ‘discovery to trial to healthcare pathway’.

Scientists collected blood and bone marrow samples from patients at five paediatric oncology centres in England and Scotland. A total of 40 patients were studied, 23 had high risk neuroblastoma at diagnosis.

The team analysed the samples using specialist equipment—an Image Stream Flow Cytometer run by Dr. David Jamieson—to count the number of tumour cells circulating in the blood and bone marrow by labelling the tumour cells with an antibody against a molecule called GD2 present on neuroblastoma cells and photographing them. Anti-GD2 antibody therapy is now routinely used for treatment of patients with high risk neuroblastoma.

Experts also collected the plasma of the blood after the cells were removed and found that they could still detect small pieces of tumour DNA. Genetic tests were carried out on the DNA and it was identified that they were similar to that of the main tumour.

Professor Tweddle, an Honorary Consultant in Paediatric Oncology at the Great North Children’s Hospital, Newcastle, said: “To our knowledge, this is the first study in the world to use this type of specialist equipment to look for circulating tumour cells in neuroblastoma.

“Clearly it is early days, but this study is promising as it means that we can look at tumour cells as well as tumour DNA from the same blood sample. Therefore, if it’s too hazardous to biopsy the main tumour we can get all the important genetic information we need from a blood test.”

Further research will look at a much larger number of patients and will be done as part of the next European high risk neuroblastoma trial, which is hoped will be open in the UK next year.

Gemma Lowery sadly knows first-hand the devastation that neuroblastoma can cause.

Her inspirational son, Bradley, died at the age of six after bravely battling the illness from being a toddler. When it was revealed that the condition was terminal, Bradley appeared as mascot for his beloved Sunderland AFC and struck up a close bond with striker Jermain Defoe.

Gemma, of Blackhall Colliery, County Durham, has welcomed the Newcastle University research as she says it is key that there is a better understanding into the development of the condition.

She said: “It is extremely important that as much research as possible is done into neuroblastoma to help improve treatments for children with the condition.

“In general, not enough research is done into childhood cancer so the fact that Newcastle University is leading the way in studying neuroblastoma is fantastic.

“It’s great that this research is a stepping stone towards personalised treatment as the standard treatment currently given is gruelling. Bradley was on life-support for 15 days, not from the cancer but from the effects of the chemotherapy.