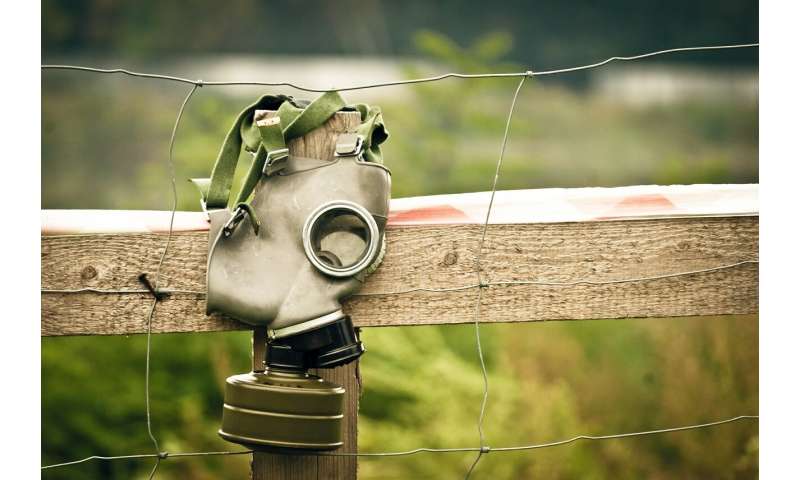 A specialist technique used to study drugs has been completed for the first time during an outbreak of Ebola virus disease.

The study published today in eBiomedicine was a collaboration of researchers from Sierra Leone and the University’s of Glasgow, Oxford, Cambridge and the Liverpool School of Tropical Medicine. It used pharmacokinetics—the measurement of the change in drug concentration in a person over time—to study an experimental drug called TKM-130803 for the treatment of Ebola virus disease during the 2015 outbreak in Sierra Leone.

Although treatment with TKM-130803 did not appear to improve survival, possibly because the patients presented with advanced disease, the research team were able to use pharmacokinetic analyses to gain important new insights.

In the study, the researchers measured the concentration of the drug over time in patients with Ebola. The scientists looked at the relationship between drug and Ebola virus concentrations and used the data to conduct computer simulations to answer important questions about what would happen if the dose and timing of drug administration were altered.

Significant findings were that the amount of virus (the ‘viral load’) was not significantly different in patients who lived or died, and that the concentration of drug was higher in those who died than in those who survived.

Dr. Janet Scott, Clinical Lecturer in Infectious Diseases at the University of Glasgow-MRC Centre for Virus Research, said: “The field team successfully gathered data and samples under extremely difficult conditions, right in the middle of the largest ever outbreak of Ebola Virus Disease in 2015. Rather than focus only on whether we could show that the drug worked or not, we were also able to study how the drug concentrations changed with time in patients. With this we were able to make a mathematical model, and predict what would probably have happened if we had used another dose.

“We had worried, that the dose chosen for this study might have been too low, but this analysis was able to show us that our caution had been justified, and that pushing the dose even higher would probably not have been safe. This reminds us that caution is important, especially when treating these extremely unwell patients.”

Dr. Raman Sharma, senior post-doctoral research associate, Liverpool School of Tropical Medicine, said: “We have been able to show that even with data from very few patients, this kind of research is worth that extra effort, and can yield useful and important results, pushing our understanding of the drug and the dose beyond what can be learnt in the laboratory.”

The laboratory analysis inside the Ebola Treatment Unit was led by Dr. Luc Meredith Senior Post Doctoral Scientist, University of Cambridge. He said: “It was difficult to remain accurate and keep the team safe, particularly in the excessive heat of northern Sierra Leone—but this needs to be done if we are to learn everything we can about Ebola and whatever new virus emerges next.”

Prof. Peter Horby, Professor of Emerging Infectious Diseases and Global Health, University of Oxford said: “An important lesson is that pharmacokinetic analyses are possible even in very challenging settings and such analyses can provide important insights. This may be especially valuable in small or very quick outbreaks where there may be too few patients enrolled in trials to provide definitive proof of clinical impact. In such circumstance we can still measure the relationship between drug concentrations and virus concentrations, or other markers of disease progression, to give us an idea if the dose is adequate and drug is having an effect.”