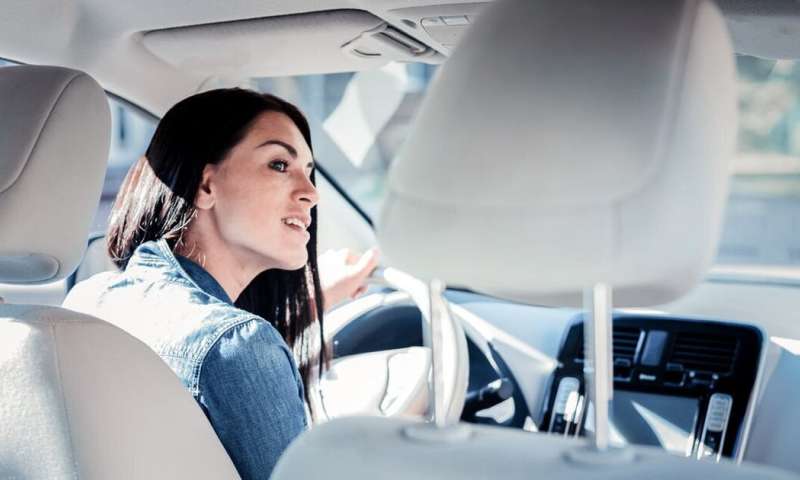 You’re driving down an unfamiliar street on a clear spring evening. You’ve been invited to a friend of a friend’s party, at a house you’ve never been to before.

Tracking the street numbers, you see you’re getting close, so you (almost automatically) turn the radio down. Finally, with all that music out of the way, you might actually be able to see the house.

Why is it that Cardi B must be silenced so you can better see the address of your party? For that matter, why do we have a convention to read silently when in a library?

One response might be: “When we need to concentrate a little more, like when we’re looking for a house in the dark, we often try to get rid of distractions so we can focus.”

The words “concentrate,” “distractions,” and “focus” all point toward something (attention) that is left undefined. Rather than detailing its properties and how it works, we just assume people intuitively know what it means.

This is a little circular, like a dictionary using a word in its own definition.

When you have a problem that seems inseparable from intuition, one way to get a handle on it is to a use a metaphor.

One of the most important metaphors for attention was provided by psychologist Donald Broadbent in 1958: attention acts like a filter. In his metaphor, all sensory information—everything we see, hear, feel on our skin, and so on—is retained in the mind for a very short period simply as physical sensation (a color in a location, a tone in the left ear).

But when it comes to bringing meaning to that sensory information, Broadbent argued, we have limited capacity. So attention is the filter that determines which parts of the torrent of incoming sensation are processed.

It might seem like this broad description of a filter doesn’t buy us much in terms of explanation. Yet, sadly for Broadbent, he gave just enough detail to be proven incorrect.

A year after the publication of Broadbent’s book, the psychologist Neville Moray found that when people are listening to two simultaneous streams of speech and asked to concentrate on just one of them, many can still detect their own name if it pops up in the other stream.

This suggests that even when you’re not paying attention, some sensory information is still processed and given meaning (that a mass of sounds is our name). What does that tell us about how this central bottleneck of attention might act?

One answer comes from a remarkable 1998 study by Anne-Marie Bonnel and Ervin Hafter. It builds upon one of the most successful theories in all psychology, signal detection theory, which describes how people make decisions based on ambiguous sensory information, rather like how a radar might detect a plane.

One of the basic problems of radar detection is to work out whether it is more likely that what is being detected is a signal (an enemy plane) or just random noise. This problem is the same for human perception.

Although apparently a metaphor like Broadbent’s filter, signal detection theory can be evaluated mathematically. The mathematics of human identification, it turns out, largely match those of radar operation.

Bonnel and Hafter recognized that if people have a finite amount of attention to divide between vision and hearing, you could expect to see a particular pattern in certain experiments.

Imagine attention as an arrow of a fixed length that can swing back and forth between sight and hearing. When it’s pointing entirely toward sight, there’s no room for any focus on hearing (and vice versa). But if a little attention is taken up by hearing, that means there is less directed toward sight. If you graph this relationship, the tip of the arrow will draw a neat circle as it swings from one to the other.

Sure enough, the data from their experiments did indeed form a circle, but only in a certain case. When people were asked simply to detect whether a stimulus was present, there was no trade-off (paying more attention to vision did not change hearing performance and vice versa). It was only when people were asked to identify the specific stimulus that this circle appeared.

This suggests that while do we indeed have a limited capacity to process information, this is only the case when we’re processing the information for meaning, rather than being aware of its presence.

Our own research suggests this pattern indicates some deeper constraint at the heart of the way we perceive the world.

The circle represents a fundamental limit on processing. We can never leave that circle, all we can do is move forward or backward along it by choosing to focus our attention.