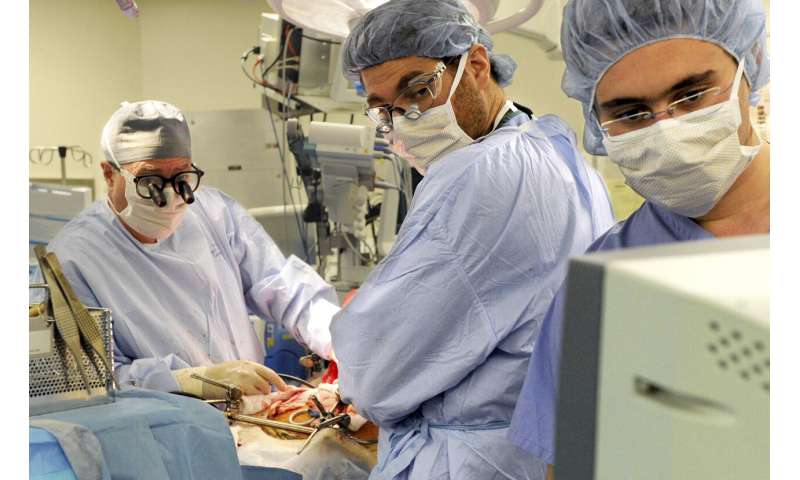 Long-delayed rules that will more broadly share scarce donated livers go into effect Tuesday, to the dismay of some hospitals in Tennessee, Kansas and other states that fear their patients may lose out.

Where you live makes a difference in how sick you have to be to get an organ transplant, and wealthier patients sometimes travel to other states to get on shorter waiting lists. The new rules are an attempt to ease that geographic disparity by giving the sickest patients first chance at a donated liver even if it has to be flown about 500 miles to reach them.

The aim is to make the wait for livers, and eventually all organs, less dependent on your ZIP code. The United Network for Organ Sharing, or UNOS, which runs the nation’s transplant system, says the policy will save lives.

“We’re hopeful this can make it more equal and help everybody who’s waiting,” said Dr. Julie Heimbach, a Mayo Clinic transplant surgeon and past chair of UNOS’ liver committee.

Under the new policy, patients near death within 500 nautical miles (575 miles) of a donor hospital will be offered a matching liver first. If there are no takers, it will be offered next to progressively less sick patients at different distances within that circle.

The flip side: Patients that aren’t as sick living in areas where there are more organ donors, such as parts of the South and Midwest, likely will wait longer as livers once used locally are shipped to urban centers where the shortage is more severe.

“This is very alarming,” said Billie Cole of Knoxville, Tennessee, whose husband Bruce is on the liver waiting list at Vanderbilt University Medical Center.

A lawsuit filed by about a dozen hospitals in the South and Midwest forced the new rules to be put on hold last spring just nine days after they began. Last month, U.S. District Judge Amy Totenberg called the case “difficult and wrenching” but issued a ruling clearing the way for the new rules to begin again.

More than 12,700 people are on the waiting list for a new liver. Just 8,372 received transplants from a deceased donor last year. On average, three people die every day waiting.

For years, organs from the dead have been offered first to the sickest patients in the same general area as the donation, even if someone sicker outside the local boundary is a good match. The problem: Some parts of the country have fewer available organs and higher demand for them than others. Someone in California or New York, among the toughest places to get a new liver, tends to be sicker before getting a transplant than someone in Kansas.

Partly that’s because of geographic differences in how people die. More troubling, some places do a better job of recruiting would-be donors. An Associated Press analysis recently found some of the groups that collect organs at death secure donors at half the rate of others, missed opportunities that could have saved lives.

“Instead of fixing their donation rates, what they have done is try to change the law and get organs from the South,” said Vanderbilt’s Dr. Seth Karp. “This will penalize areas that have really good donation rates,” and risk wasting livers amid all the long-distance shipping, he added.