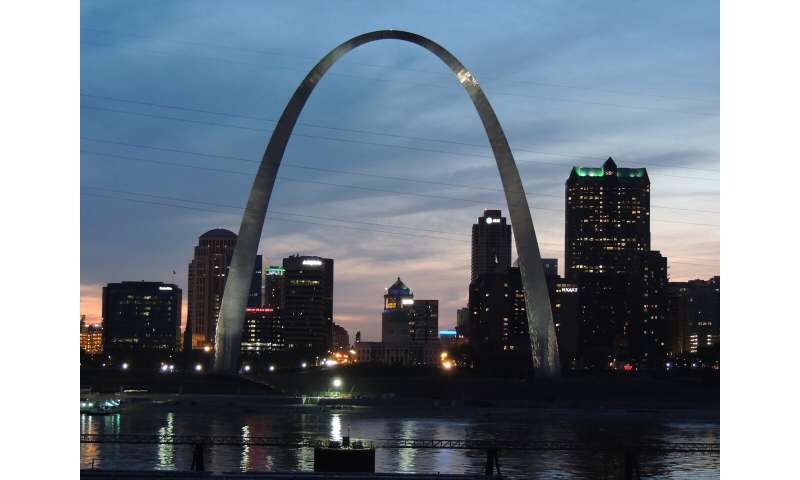 Residents of the city’s poor, segregated neighborhoods are at a greater risk of cancer from air pollutants, and proximity to heavy traffic accounts for a leading share of that vulnerability, according to a recent study from St. Louis’ Washington University.

“The pollutants that conferred the greatest risk were traffic-related,” said Christine Ekenga, an assistant professor of public health at the university’s Brown School, and the lead author of the study.

“The closer a neighborhood was to a major interstate highway, the more elevated their risk was,” she added. “African American neighborhoods were more likely to be in these hotspot areas.”

The findings back other recent research from Washington U. that illustrates how St. Louis is plagued by inequalities. The city’s stark racial divide makes it one of the most segregated in the country and contributes to divergent outcomes across a wide spectrum of environmental health issues, from asthma rates to lead exposure and poor access to healthy food.

Heightened cancer risk from toxic air pollutants could be added to that list, the new study suggests.

Published in late October in the journal Environmental Research, the findings are based on modeled estimates of concentrations for 180 chemicals that the Environmental Protection Agency says are known to cause cancer, or suspected to cause cancer. The model takes things such as industrial emissions and traffic into consideration, and measures lifetime cancer risk if someone were to live in the same neighborhood—or specifically, census tract—for 70 years.

The regional study found that 14% of St. Louis-area census tracts have elevated cancer risk linked to air pollutants. Risk is particularly great in areas with high levels of both racial and economic isolation—where people are less likely to interact with someone of a different race or economic status.

The strongest relationship exists in neighborhoods with high concentrations of black, poor residents, Ekenga said. People in those areas are five times more likely to face exposure to carcinogenic air pollutants than residents in white, middle- to upper-class income tracts. That disparity, she said, is “much stronger” than what she has seen in other cities.

Only one month earlier, a separate report from Washington University outlined wide-ranging examples of “environmental racism” in St. Louis, detailing how the impacts of asthma, lead poisoning, and a half-dozen other environmental issues are disproportionately skewed along racial lines.

While the newer study only examined air pollution, its findings bolster the earlier report’s conclusions. Plus, interstate highways—identified as a main driver of risk in the air pollution study—have their own extensive history as deliberate tools for redlining that, in many cities, targeted minority neighborhoods and promoted segregation.

“In general, there’s just an unequal distribution of environmental hazards across the St. Louis area,” said Ekenga. “You see these sorts of associations across the U.S. … but the magnitude of the strength of the association we saw here was very surprising to me.”

Maps accompanying the study show the census tracts with the greatest likelihood of exposure to cancerous air toxins. While many of the areas are in or near the core of the St. Louis metro area—including some affluent communities that line Highway 40 (Interstate 64) – they also include parts of the Metro East, and a sizable swath of north St. Louis County, near interstates 70 and 270.

Ekenga hopes to look into the matter more closely, moving forward. Because the published study relied on modeled concentrations of air pollutants, she would like to gather localized data from certain high-risk areas firsthand.

“We’re going to follow up,” she said. “We want to do a little more work to find out what are the (pollution) sources in these particular neighborhoods.”

But beyond her own work, Ekenga said the findings also stress that broader changes must occur, and that those in positions of power must do more to account for the interests of disadvantaged communities. That starts with including them in pivotal conversations about development.