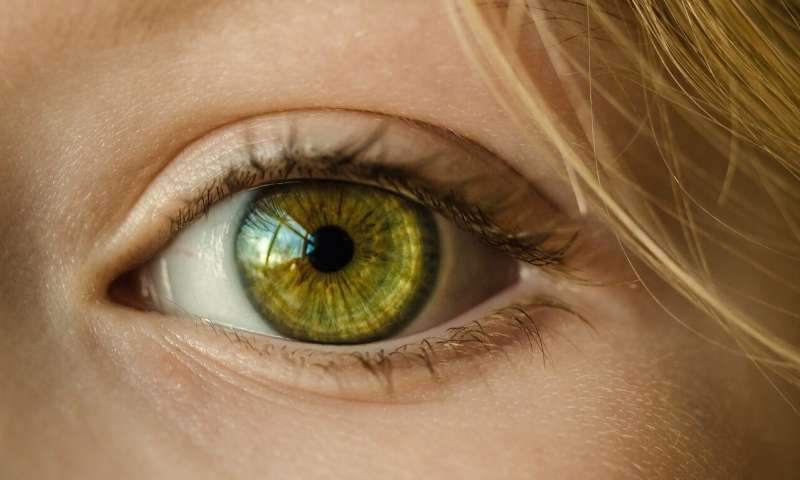 Just as the brain is a privileged organ, so too are the eyes. Often poetically called the windows to the soul, a unique set of studies has begun to regard the eyes in another way. Like the brain, the eyes lack the classic lymphatic vessels responsible for the circulation of fluids and removal of waste products, as is common in peripheral organs. In recent years, it was discovered that the brain possesses a unique “glymphatic” system, a privileged brain-only method of draining and disposing of molecular wastes. This transport system, when healthy, involves shuttling neurotoxic proteins such as amyloid-β out of the brain. On the flip side, an unhealthy system allows amyloid to accumulate into dangerous, mind-robbing plaques.

The new findings explain how a glymphatic system maintains eye health and underscores that impairment—clogging—of this vital waste pathway can lead to glaucoma, a major worldwide cause of blindness. Nedergaard has defined “glymphatic” as an amalgam of the words glial and lymphatic. Glial cells are the primary cellular components that support neurons—nerve cells. The glymphatic pathway substitutes for a lymphatic system, which exists in neither the brain nor the eye.

Writing in Science Translational Medicine the researchers reported that the glymphatic system in the eye closely resembles the function of the glymphatic pathway in the brain. Moreover, they concluded, the drainage system is responsible for eliminating metabolic, cellular and other debris from the eyes. The discovery was made by a far-flung research team, which, beyond Denmark and New York, included members at the University of California at Berkeley, Haukeland University Hospital in Norway, Ludwig Maximilians University in Germany, and several other leading research centers.

“Similar to the brain inside the cranial vault, the internal structures of the eye are contained within a confined space, necessitating tight control of fluid homeostasis,” Nedergaard wrote. “Yet, both the eye and the brain are largely devoid of traditional lymphatic vessels, which are critical for the clearance of fluid and solutes from peripheral tissues.”

To find out if a glymphatic system actually exists in the eyes, scientists turned to laboratory mice as their mammals of choice. By injecting fluorescently labeled tracers—including tagged human amyloid-β – into the clear, gel-like vitreous fluid inside the eyes of mice, the researchers were able to track the toxic amyloid proteins as they moved out of the eyeballs through discrete channels in the optic nerve. The debris ultimately was shuttled to the lymphatic vessels in the neck.

Intriguingly, the team found the lymphatic vessels are connected to the same pathways that dispose wastes from the brain. The discovery is a scientific first and opens a new window into understanding how the eyes clear metabolic and cellular debris. The findings also shed new light on how the eyes and brain share critical pathways.

Even though the finding is new, the waste clearance system in the brain was first defined by Nedergaard in 2012. The pathway involves a labyrinth of intricate perivascular tunnels that are formed by glial cells, which underlie the efficient elimination of soluble metabolites from the central nervous system. In addition to waste disposal, Nedergaard and colleagues also have found that the pathways support the distribution of critical nutrients and compounds throughout the brain, substances that include glucose, amino acids, growth factors and lipids.

She and her team uncovered a largely nocturnal system regarding the brain’s glymphatic system. They reported in earlier studies that glymphatic processes function only during the sleep cycle and are switched off during wakefulness. In a joint study five years ago with the University of Rochester, Stony Brook University and NYU Langone Medical Center, all in New York, Nedergaard found that sleeping on one’s side best facilitates the function of the brain’s glymphatic system and the clearance of debris. She noted at the time that the lateral sleeping position—sleeping on one’s left or right side—is common among mammals. Humans, hibernating bears, domesticated dogs and cats—numerous members of the animal kingdom—spend part or all of their time during the sleep cycle on their sides.

“It is interesting that the lateral sleep position is the most popular in humans and most animals, even in the wild,” Nedergaard said at the time.

However, in her latest research, Nedergaard and her team found that it wasn’t sleep and darkness that drove the transport of wastes from the eyes. Instead, exposure to light activated the flow of cellular and metabolic debris out the eyes of test animals.

Additionally, the team wanted to learn how the system was associated with eye disease when waste transport didn’t function well. To better understand the link between the flow of wastes and glaucoma, the researchers examined two different glaucoma mouse models. Glaucoma causes blindness by damaging the optic nerve.