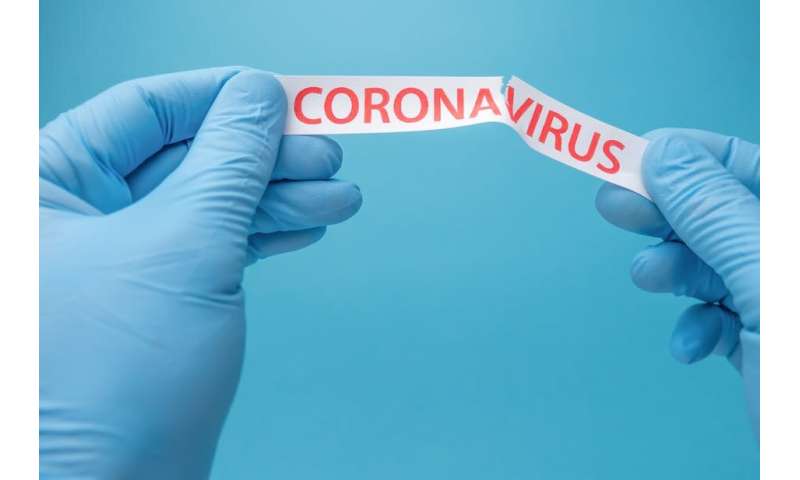 Cases of illness from the new coronavirus (SARS-CoV-2) disease, known as COVID-19, have been confirmed in more than 100 countries. The outbreak was first recorded in China in December last year. Coronaviruses are a family of viruses that cause illnesses that can range from a common cold to more severe diseases such as Middle East respiratory syndrome (MERS) and severe acute respiratory syndrome (SARS). The Conversation Africa’s Ina Skosana spoke to Shabir Madhi about the situation.

What percentage of people who get the virus are dying from it? Is this high compared with other infectious diseases?

There’s no straightforward answer to this question because the epidemic is still at an early stage. It all depends on what the denominator is, which influences the case fatality risk. And we’re still working with unknowns.

The current estimate is that between 1% and 3% of people diagnosed with COVID-19 die. The problem with this estimate is that the starting point is when individuals have become ill, rather than when they were infected. The actual number of people who are infected might be much higher than the actual number of cases that are presenting for medical care.

The implications of this are huge. For example, if the number of people who have been infected but haven’t gone on to develop the disease is high it would mean that the case fatality risk would go down.

A 1% fatality risk is moderate and is in the ballpark of other viruses such as respiratory syncytial virus associated with hospitalisation in children. It is, however, lower than the case fatality risk was for the coronavirus strains that caused the SARS epidemic in 2002—which was 10% – and for MERS in 2013, which was about 35%.

Is the reaction overblown?

The case fatality risk needs to be interpreted in the context of the number of individuals who are going to become infected to be able to understand the total impact of the epidemic. And right now we don’t know what percentage of the different populations will become infected.

Who is most vulnerable to dying from infection?

Current experience—which is largely driven by what has come out of China and more recently from Iran and Italy—is that people over the age of 50 seem to be more susceptible, particularly if they have underlying medical conditions or co-morbid conditions. These include cardiac problems, diabetes and lung disease.

The big unknown for Africa, particularly countries like South Africa, is what the impact will be on populations with a high prevalence of HIV and TB.

The epidemic has only broken out in countries with very low HIV prevalence, so we don’t know to what extent individuals living with HIV might have an increased susceptibility to severe disease. This is true of TB too. Because TB affects people’s lungs it means that people with the disease have a low tolerance threshold for an additional assault.

In the context of HIV, we have shown that even in the era of antiretroviral treatment, individuals with HIV still have a 10-fold greater susceptibility to severe influenza illness than the general population, and a higher case fatality risk. We expect there may be differences in susceptibility and outcomes for COVID-19 cases in settings such as South Africa.

What are the symptoms that should get me worried?

The symptoms are very non-specific and very similar to other viral infections like the influenza virus. Unfortunately there isn’t a particular trigger that’s different to any of the other viruses.

But people can be mindful of a few things. For example, their travel history to a place where the virus is circulating. Or whether the person has come into contact with someone who has visited one of the places where the virus has been shown to be circulating.

Of course this isn’t definitive.

The classical signs and symptoms one can look out for include a fever, cough, headache and myalgia (muscle pain). Again these are very non-descript.

What treatment is available?

Currently there’s no specific antiviral treatment to cure SARS-CoV-2 infection. Besides supportive care, no therapeutic agent has been proven to be effective in treating or improving the outcome of COVID-19 cases. There are clinical trials under way and others are being planned to evaluate different antiviral agents and other possible therapeutic options. The biggest concerns are about a more severe disease, where patients may end up with pulmonary damage which requires supportive care including supplemental oxygen and then might have to be put on to ventilator. Current estimates are that 15% of COVID-19 cases result in severe disease.

Most low- to middle-income settings have fragile health care systems that lack resilience against external shocks such as the demands posed by unexpected epidemics. These countries may lack the capacity to scale up curative services over a relatively short period of time. Such a scale-up of curative services was undertaken in Wuhan to complement existing curative services.