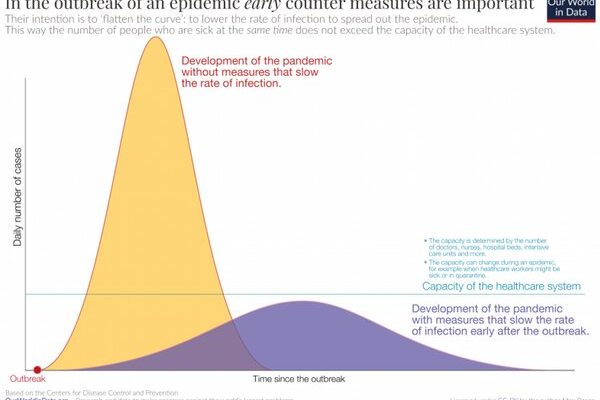 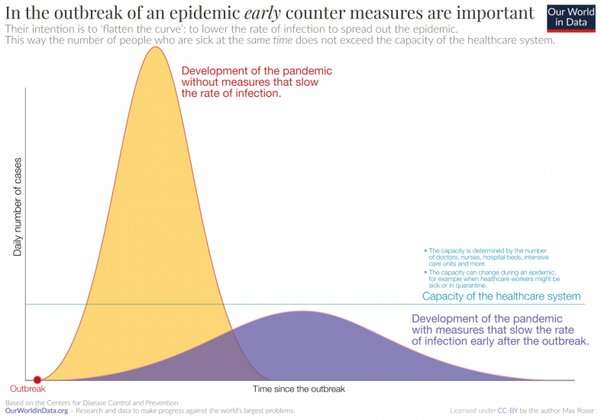 It’s always been a question of when, and not whether, humanity would face another challenge on the scale of the 1918 flu pandemic.

The novel coronavirus is shaping up to be that challenge, with events moving at an unnerving pace. Since emerging in Wuhan, China in late 2019, more than 125,000 cases and 4,600 deaths have been reported worldwide. Officially a pandemic, the virus is shining a harsh spotlight on the strengths and weaknesses of the world’s health systems.

At first glance, the US should be well positioned to respond to a disease outbreak. It spends more than any other country on its health system, boasts a high concentration of specialists and laboratories, and has some of the world’s most respected public health experts. Yet with coronavirus, the US is courting catastrophe.

Because of serious problems with testing, coronavirus has been silently spreading in the US for nearly two months. A Harvard epidemiologist has cautioned that up to 60% of the adult population could become infected. With a health system already operating near its capacity in the height of flu season, this would spell disaster.

Hospitals would be overwhelmed. Shortages of intensive care beds and ventilators would cause death rates to rise. And people with other medical conditions, from complicated pregnancies to heart attacks, would find it more difficult to access the care they need. During the West African Ebola outbreak, health system collapse meant there were nearly as many deaths due to other diseases as from Ebola itself.

Before we all panic, there are some bright spots. Countries in Asia have shown that it is possible to bring the coronavirus epidemic under control, and they’ve had success in different ways.

But first, it’s important to understand what has gone wrong in the US.

When the first coronavirus case was reported in the US on January 20, 2020, alarm bells were already sounding around the world. Unprecedented control measures in China, including the effective quarantine of nearly 100 million people, slowed the spread of the virus and bought the rest of the world time. But while other countries began preparing for the epidemic, the US was caught flat-footed.

Rather than use WHO-approved test kits, the US Centers for Disease Control and Prevention (CDC) developed its own coronavirus test. Regulations prohibited private and university labs from developing tests themselves. Problems with the CDC’s test, along with overly narrow testing criteria, created a massive testing bottleneck.

Fewer than 10,000 tests have been conducted in the US. Compare that with over 200,000 in South Korea. Case detection is the most fundamental part of a public health response to an outbreak. When we can’t do that, we’re operating in the dark.

So while 1,215 cases have been reported in 42 states, the real number is probably much higher. And with an epidemic that doubles every five days when unchecked, the US may not be far behind Italy.

Flattening the epidemic curve means slowing the spread of new infections. This can ensure that not too many people are infected at the same time, giving health systems a better chance to cope. It also buys time, as researchers race to develop and test treatments and vaccines.

New cases in China have gone dropped from a flood to a trickle, at least for now. But it required putting vast swaths of the country on total lockdown, exacting enormous economic and social pain. Italy is now following suit.

Singapore responded early, employing tried-and-tested public health measures: testing, enforced quarantine, and tracing contacts with surgical precision. The US is probably too late for this approach.

South Korea may offer the best example of what could be possible in the US. Like the US, they had to play catch-up, facing a surge of infections tied to a secretive church in Daegu. The pillar of their response has been widespread, free testing, including drive-through test sites. Technology has aided the tracing of contacts, using GPS tracking. Rather than creating a total lockdown, they opted for social distancing measures targeting transmission hot spots. The number of daily new cases has dropped from a peak of 851 to fewer than 250.

Such measures would be workable in the US, but there is no time to waste. The testing bottleneck appears to be loosening, but it may be weeks before testing capacity can catch up to demand. Where possible, localities are taking matters into their own hands.

In Seattle, one of the country’s transmission hot spots, the University of Washington launched a Korea-style drive-through test centre for its employees and students. In New Rochelle, New York, schools, churches and other gathering places in a “containment area” have been closed down. And mass gatherings are beginning to be cancelled across the country.

Efforts like this need to be scaled and spread dramatically—and quickly. Financial barriers to testing and medical care need to be eliminated, particularly for America’s large uninsured population. Hospitals and healthcare workers will need support to develop parallel care systems for coronavirus patients.

And as school closures, working from home, and transport restrictions are implemented more widely, efforts are needed to protect the most vulnerable.

The Trump administration needs to put the experts in charge and ask Congress for a blank cheque to give them the resources they need. It’s time for a war footing.