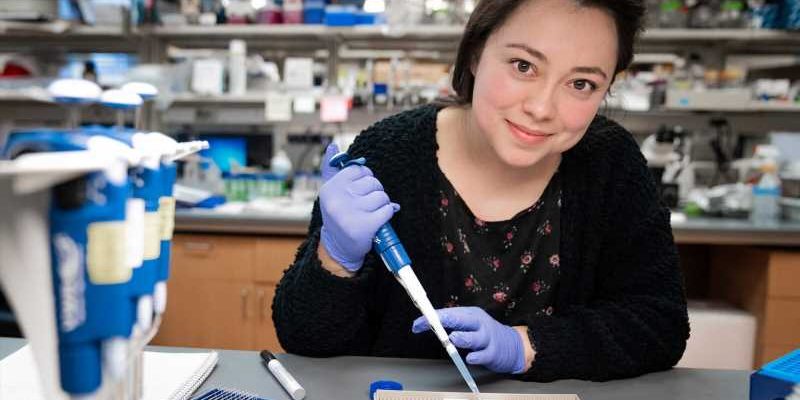 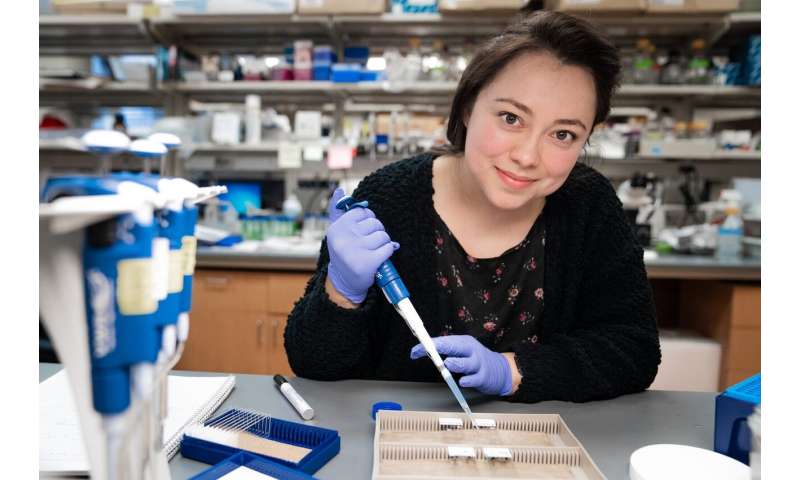 Think about traffic flow in a city—there are stop signs, one-way streets, and traffic lights to organize movement across a widespread network. Now, imagine what would happen if you removed some of the traffic signals.

Among your brain’s 86 billion neurons are the brain’s own version of stop signals: inhibitory neurons that emit chemicals to help regulate the flow of ions traveling down one cell’s axon to the next neuron. Just as a city without traffic signals would experience a spike in vehicle accidents, when the brain’s inhibitory signals are weakened, activity can become unchecked, leading to a variety of disorders.

In a new study published in Glia on March 11, Virginia Tech neuroscientists at the Fralin Biomedical Research Institute at VTC describe how the common Toxoplasma gondii parasite prompts the loss of inhibitory signaling in the brain by altering the behavior of nearby cells called microglia.

The Centers for Disease Control and Prevention estimates that 40 million Americans have varying levels of Toxoplasma infection, although most cases are asymptomatic. Commonly passed to humans via exposure to farm animals, infected cat litter, or undercooked meat, the parasitic infection causes unnoticeable or mild, to flu-like symptoms in most healthy people. But for a small number of patients, these microscopic parasites hunker down inside of neurons, causing signaling errors that can result in seizures, personality and mood disorders, vision changes, and even schizophrenia.

“After the initial infection, humans will enter a phase of chronic infection. We wanted to examine how the brain circuitry changes in these later stages of parasitic cyst infection,” said Michael Fox, a professor at the Fralin Biomedical Research Institute and the study’s lead author.

The parasite forms microscopic cysts tucked inside of individual neurons.

“The theory is that neurons are a great place to hide because they fail to produce some molecules that could attract cells of the immune system,” said Fox, who is also director of the research institute’s Center for Neurobiology Research.

Fox and his collaborator, Ira Blader, recently reported that long-term Toxoplasma infections redistribute levels of a key enzyme needed in inhibitory neurons to generate GABA, a neurotransmitter released at the specialized connection between two neurons, called a synapse.

Building on that discovery, the scientists revealed that persistent parasitic infection causes a loss of inhibitory synapses, and they also observed that cell bodies of neurons became ensheathed by other brain cells, microglia. These microglia appear to prevent inhibitory interneurons from signaling to the ensheathed neurons.

“In neuropsychiatric disorders, similar patterns of inhibitory synapse loss have been reported, therefore these results could explain why some people develop these disorders post-infection,” Fox said.

Fox said the inspiration for this study started years ago when he met Blader, a collaborating author and professor of microbiology and immunology at the University at Buffalo Jacobs School of Medicine and Biomedical Sciences, after he delivered a seminar at Virginia Tech. Blader studied Toxoplasma gondii and wanted to understand how specific strands of the parasite impacted the retina in mouse models.

Working together, the two labs found that while the retina showed no remarkable changes, inhibitory interneurons in the brain were clearly impacted by the infection. Mice—similar to humans—exhibit unusual behavioral changes after Toxoplasma infection. One hallmark symptom in infected mice is their tendency to approach known predators, such as cats, displaying a lack of fear, survival instincts, or situational processing.

“Even though a lot of neuroscientists study Toxoplasma infection as a model for immune response in the brain, we want to understand what this parasite does to rewire the brain, leading to these dramatic shifts in behavior,” Fox said.

Future studies will focus on further describing how microglia are involved in the brain’s response to the parasite.

Among the research collaborators is Gabriela Carrillo, the study’s first author and a graduate student in the Translational Biology, Medicine, and Health Program. Previously trained as an architect before pursuing a career in science, Carrillo chose this topic for her doctorate dissertation because it involves an interdisciplinary approach.