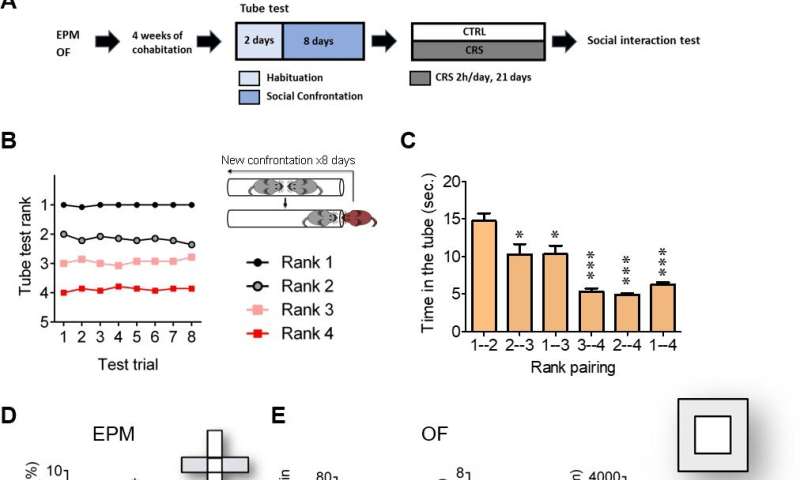 EPFL researchers have discovered a compound that stimulates brain-cell metabolism and reduces signs of depression in mice. The next step will be to test their findings on humans.

Chronic stress can be a major cause of depression. The exact mechanism of how that works isn’t clear, but the missing link could be found in the metabolic processes of brain cells. Recent studies have shown that stress depletes the brain’s energy reserves—paving the way for depression to take hold. That implies the disorder could be treated by reversing the process and stimulating the brain’s metabolism. Neurobiologists at EPFL tested this theory on lab mice, and found that giving stressed mice a supplement containing acetyl-L-carnitine—a compound known to stimulate cellular metabolism—reduces the symptoms of depression. The scientists’ findings have just been published in in eLife.

Acetyl-L-carnitine is naturally found in our bodies and can be purchased as a food supplement. It stimulates the activity of mitochondria, which are our cells’ powerhouses.

The researchers administered this compound to mice and then measured their resistance to stress. They found that acetyl-L-carnitine reduces the likelihood that mice will exhibit depressive behaviors. Using spectroscopy, the scientists observed that acetyl-L-carnitine stimulates cellular metabolism in a specific area of the brain—the nucleus accumbens—which plays an important role in reward, effort and motivation systems.

The researchers performed their experiment on groups of four mice ranging from high social rank to low social rank. They exposed the mice to stress conditions and found that only the high-rank mice showed depressive symptoms.

“High-rank mice are accustomed to being in control of a situation. But under our stress protocol—where they were physically constrained—they found themselves completely powerless,” says Carmen Sandi, the study’s lead author and head of EPFL’s Behavioral Genetics Laboratory.

The researchers used standard behavioral tests, based on sociability and decision-making capabilities, to assess the degree of depression in mice that had and had not been administered acetyl-L-carnitine.

Next step—testing the findings on humans

Sandi notes that the role that mitochondria and metabolism play in depression is just starting to be explored. She points to a recent study carried out at The Rockefeller University which found that patients suffering from multi-resistant depression have very low blood levels of acetyl-L-carnitine.

“Our brain makes up just 2 percent of our body mass but accounts for 20 percent of the energy we burn, so it’s not surprising that stress affects our metabolism,” says Sandi. “Our brains’ plasticity is highly solicited when we’re in stressful situations, which means that giving a boost to brain-cell mitochondria could help them maintain energy levels and therefore stave off depression.”