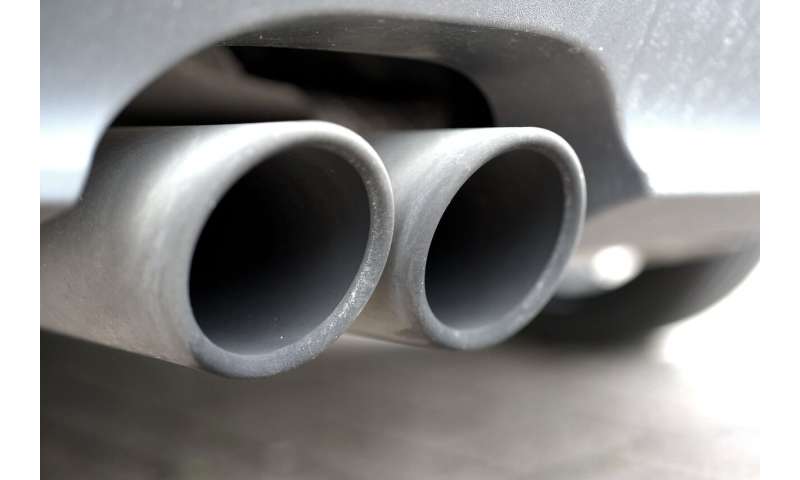 A new study, published in the Journal of Allergy and Clinical Immunology, shows that exposure to diesel exhaust particles (DEPs) can increase an individual’s susceptibility to pneumococcal disease.

The bacterium Streptococcus pneumoniae is the most common cause of pneumonia and meningitis and the leading cause of infectious disease deaths in under-5s and elderly groups worldwide. In the majority of healthy people, this bacterium lives harmlessly in the back of the nose and throat without causing any symptom. However, if the pneumococcus gains access to normally sterile sites in the body, such as the lungs and blood, it has the potential to cause life-threatening diseases.

To find out more about the conditions that allow this ordinarily harmless bacterium to progress into such severe invasive diseases researchers from the University of Liverpool, Queen Mary’s University, London and Trinity College Dublin, conducted a study examining the role of DEPs in the development of pneumococcal disease.

The World Health Organisation (WHO) estimates that air pollution is responsible for 7 million deaths per year, with 7% of these attributable to pneumonia. An estimated 37% of the world’s population live in areas where levels of airborne pollution exceed WHO guideline limits.

DEPs, a major component of air pollution worldwide, is the particulate component of diesel exhaust, which includes diesel soot and aerosols such as ash particulates, metallic abrasion particles, sulphates, and silicates.

The researchers, led by Professor Aras Kadioglu from the University of Liverpool’s Institute of Infection & Global Health, used a combination of mouse models and lab-based assays in both mouse and human cells to provide insight into the link between DEP exposure and pneumococcal disease.

The researchers found that following exposure to DEPs, airway macrophages, which are key immune cells for controlling bacterial infections and removing debris from the body, become congested with DEPs, reducing their ability to kill the pneumococcus. This allows the bacteria to survive more easily in the airways, invade the lungs, and cause significant inflammation, which eventually leads to bacterial translocation into blood, thereby causing severe disease.

Professor Aras Kadioglu, said: “We know that exposure to air pollution is harmful, responsible for millions of deaths every year, of which a significant proportion is due to pneumonia. What we did not know however, was how pollution, such as diesel exhaust particles, actually causes airway disease.”

“In this study, we have now discovered the cellular mechanisms behind this. Our study highlights an urgent need to tackle airway pollution if we are to reduce life threatening respiratory diseases such as pneumonia.”

Dr. Rebecca Shears, who is first author, added: “Our study shows that exposure to DEPs, which is a major airborne particulate pollutant both here in the UK and abroad, may be one of the key factors involved in the switch from harmless pneumococcal colonisation of the nasal tissues to severe disease, such as pneumonia.”

“Our data provides further insight to support previous observations of increased pneumonia hospital admissions in countries such as China, where airborne pollution levels are highest.”