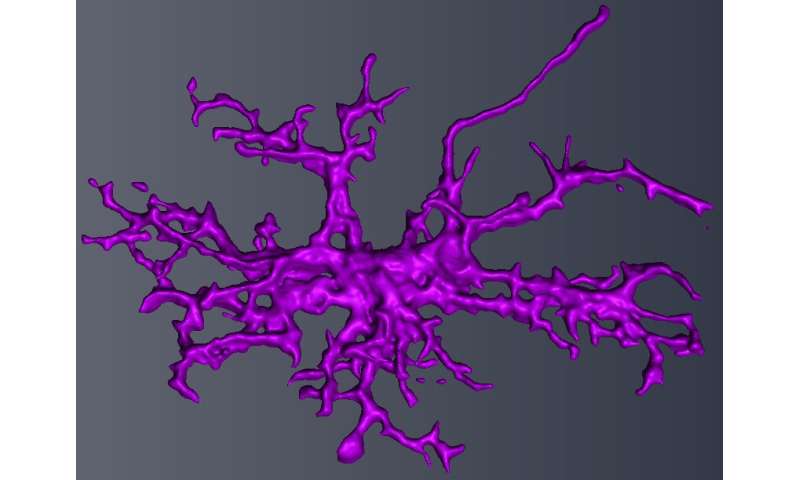 Many cases of autism spectrum disorders (ASDs) may result from problems in immune cells that normally work to trim back unneeded brain connections in early life, suggests a new study led by scientists at Scripps Research.

The study, published Tuesday in Nature Communications, examined the effects of a set of gene mutations that account for a small percentage of autism disorders. These mutations are known to cause a general overproduction of many proteins in brain cells, but how that overproduction leads to autism behaviors has been a mystery.

The scientists found evidence that the most relevant effect of this protein overproduction occurs in brain-based immune cells called microglial cells. These cells normally prune unneeded brain connections, or synapses, as the brain develops in childhood.

Working in mice, the scientists determined that the protein overproduction impairs microglial cells in a way that hampers their synapse-pruning function, but only in males, leading to autism-like social behavior deficits.

The finding dovetails with the long-standing observation that autism disorders are four to five times more prevalent in males than females. It is also consistent with recent evidence that in people with ASDs, the brain commonly has a higher number of synapses than normal.

“Our study suggests that impairments in microglia play a key role in the development of autism behaviors, at least in some cases, and may help explain the higher prevalence of autism disorders in males,” says study senior author Baoji Xu, Ph.D., professor in the Department of Neuroscience at Scripps Research. “That, in turn, suggests that microglia might be a good target for future drugs that prevent or treat autism spectrum disorders.”

ASDs are found in an estimated 2.4 percent of boys and 0.5 percent of girls. They involve a variety of abnormalities including social skill deficits, repetitive behaviors, and hypersensitivities to sounds and light. Research suggests that these disorders are largely genetic but can be caused by abnormalities in a variety of different genes acting alone or in combination. To date, well over 100 gene mutations and variants have been linked to ASDs. 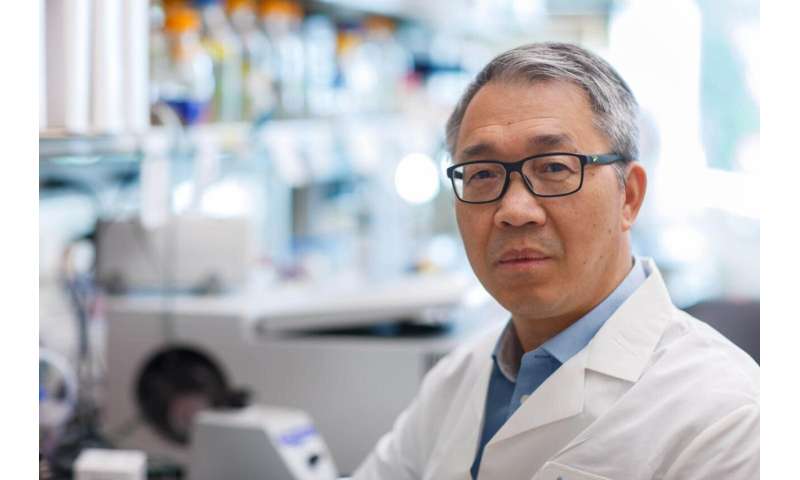 Xu and his team sought to determine if there is a particular cell type in the brain that explains the connection between elevated protein production and ASD-like behaviors. They engineered mice to make—in just one cell type at a time—abnormally high levels of a protein-production factor called eIF4E. A high level of eIF4E is thought to be one of the common events that links PTEN, TSC1 and other autism mutations that increase protein production.

The researchers examined affected microglial cells for clues to how elevated protein synthesis in these cells could lead to ASD-like behavioral changes. They found that in young male mice, microglial cells in important brain regions, including the medial prefrontal cortex, the hippocampus and the striatum, were significantly larger and also more numerous, whereas in females these changes were much more subtle and transient.

Microglia during brain development normally prune synapses that are unused or otherwise unwanted. Xu and his colleagues found that in the male ASD-like mice with elevated microglial eIF4E, there were more synapses than normal, suggesting a pruning deficit—a pattern also thought to be widely present in people with autism.

The affected microglia in the mice showed gene activity patterns indicating an enhanced capacity to prune synapses. However, experiments also revealed that the cells lacked the usual motility, or movement ability, that would enable them to carry out their synapse pruning functions. Xu and his colleagues suspect that this reduction in microglial motility may be the most important factor, so that on balance the cells’ synapse-pruning abilities are impaired, leading to ASD-like brain changes.