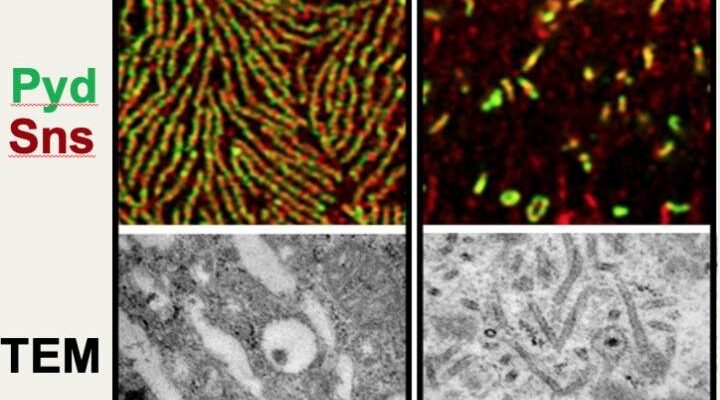 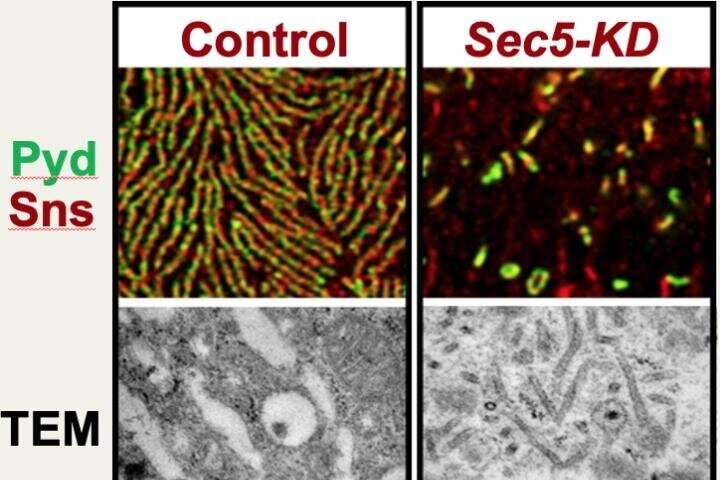 Researchers from the Center for Precision Disease Modeling at the University of Maryland School of Medicine (UMSOM) have uncovered a mechanism that appears to explain how certain genetic mutations give rise to a rare genetic kidney disorder called nephrotic syndrome. Using a drosophila (fruit fly) model, they found mutations in genes that code for certain proteins lead to a disruption of the recycling of the cell membrane. This disruption leads to an abnormal kidney cell structure and function, according to the study published this week in the Journal of the American Society of Nephrology.

Disruption of kidney cell function leads to nephrotic syndrome, a kidney disease that causes an abnormal amount of protein leaking into the urine due to a problem with the kidney’s filters. It occurs in about 7 in 100,000 Americans, and though rare, it is considered one of the most common kidney diseases in children. Nephrotic syndrome caused by genetic mutations often does not respond to the standard steroid treatment, so treatment depends on the identification of the genetic mutation that causes the disease, followed by targeted therapeutic development based on the disease mechanism. There are, however, no known treatments for the condition when it is caused by mutations in the genes examined in this study.

“Researchers have recently identified a mutation in one of the genes that codes for these proteins, called the exocyst complex, that has been linked to kidney disease,” says Zhe Han, Ph.D., Associate Professor at the Department of Medicine and Director of the Center for Precision Disease Modeling at UMSOM. “However, the underlying mechanism by which the exocyst complex contributes to kidney disease had long been a mystery.”

Dr. Han’s team used Drosophila as a model to better understand the mechanism by which these gene mutations potentially give rise to kidney disease. Drosophila have specialized filtration cells (nephrocytes) that closely resemble human podocytes, a type of kidney cell associated with nephrotic syndrome, both in structure and function. Using the power of fly genetics, the research team carried out a genetic screen with Drosophila and identified each of the eight exocyst genes that are required for nephrocytes to function properly.

Silencing the Drosophila exocyst genes in nephrocytes led to a disruption of a structure essential for filtering called the nephrocyte slit diaphragm. The researchers then used a transmission electron microscope to take a closer look at the ultrastructural changes, which revealed the appearance of unique electron-dense tubular structures which they named “exocyst rods”.

“Therefore, the formation of the exocyst rods can be used as a new biomarker for diseases caused by genetic mutations in exocyst genes,” Dr. Han said.

Dr. Han and his team are currently using their Drosophila model to gain additional insight into the mechanisms regulating slit diaphragm proteins and how their disruption might contribute to the podocyte pathogenesis seen in kidney disease patients.