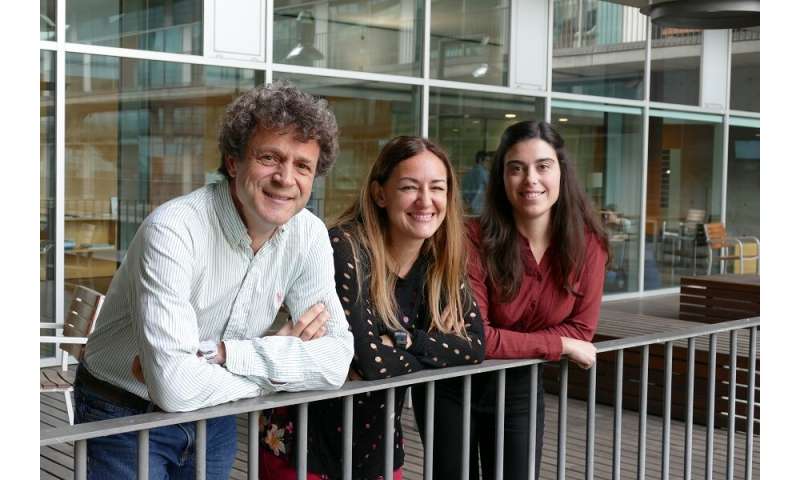 Researchers at UPF, in collaboration with researchers from the University of Mainz (Germany), the Center for Genomic Regulation, Instituto Cajal, Johannes Gutenberg University (Germany), the Autonomous University Barcelona and Hospital del Mar have identified for the first time the involvement of certain cortical areas in the brain in the loss of control over food intake. In the study, conducted in rodents and published today in Nature Communications, they have discovered a specific mechanism in this crucial cortical circuit for food addiction that involves a loss of control over intake. The study was led by the scientists Rafael Maldonado, Elena Martín-García and Beat Lutz.

This addiction is related to a loss of control over food intake that is associated with obesity and eating disorders, whose prevalence is increasing worldwide. Loss of control over food intake has a major socioeconomic impact, there are no effective treatments and it shares common neurobiological mechanisms with drug addiction. Both brain disorders are chronic, multifactorial and complex, and result from the interaction of multiple genes and environmental factors.

In this new study, the researchers have identified the neurobiological mechanisms that allow the development of addictive behaviour to food. To do so, they used a rodent model that mimics the behavioural abnormalities associated with this addiction in humans and leads to a loss of control over food intake: high motivation and impulsiveness for food, and the compulsive search for food, despite the negative effects of such behaviour. They used innovative tools to characterize the features of resilience and vulnerability to the disorder at genetic, cellular and behavioural levels.

Another finding of the study is the role of the D2 dopamine receptor at cortical level in food addiction. This receptor had previously been implicated in drug addiction due to its action in subcortical areas and the limbic system in particular. This study identifies for the first time how food addiction produces an overexpression of the gene of the dopamine D2 receptor in the prefrontal cortex and this overexpression is directly involved in the loss of control over food intake.

“The identification of a specific cortical area in the loss of control over food intake may be of interest for the prevention and treatment of this disorder. Cortical areas are the brain structures of the highest hierarchical order to control behaviour and thus represent brain areas of great interest for treatment,” proposes Rafael Maldonado, director of the Neuropharmacology Laboratory—Neurophar at the Department of Experimental and Health Sciences (DCEXS) of UPF.

They demonstrated that the activation of the circuit gives better control over reinforcement, while a decrease in the activity of the circuit leads to a loss of inhibitory control and greater susceptibility of the animal to developing addictive behaviour. “Therefore, we suggest that a possible therapeutic target for this disease could be the stimulation of this brain circuit for which we currently dispose of fairly precise techniques,” he adds. This article provides more scientific evidence to the debate on the existence of food addiction. “There is some controversy at present as to how to classify this important behavioural disorder and our findings strengthen the idea that this addiction exists and shares common features with drug addiction.”

One of the neurobiological mechanisms they characterized was the circuit that goes from the prefrontal cortex to nucleus accumbens, i.e., from cortical areas to areas of the limbic system related to reward and pleasure. “We noted that addicted animals show a decrease in activity in this specific circuit, whereas the circuit of resilient animals is more active,” explains Elena Martín-García.