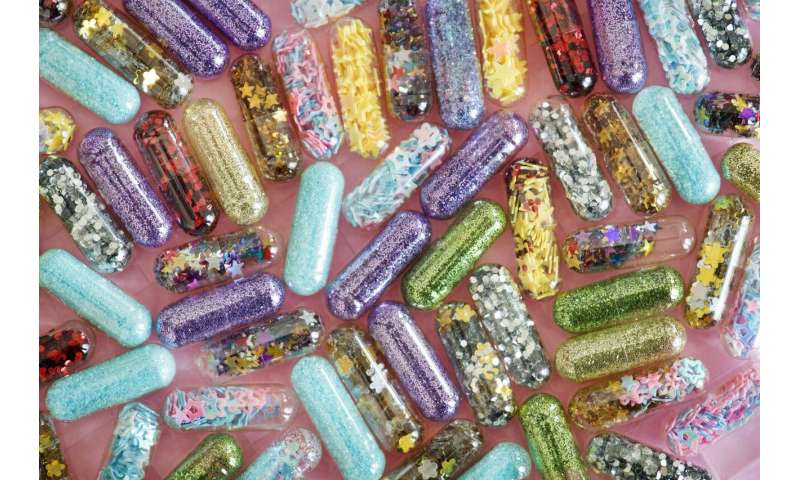 Stanford University School of Medicine investigators have succeeded in distinguishing the molecular pathway responsible for an illicit drug’s abuse potential from the one behind its propensity to make people feel sociable.

The discovery, described in a study to be published Dec. 11 in Science Translational Medicine, could lead to novel treatments for psychiatric disorders marked by social awkwardness and withdrawal.

The findings were made in mouse experiments.

Methylenedioxy-methamphetamine—better known by its acronym, MDMA, or its street name, ecstasy—is a mind-altering drug used by 3 million Americans annually. MDMA is especially popular as a party drug because it gives people who take it a sense of well-being and makes them extremely sociable—even instilling feelings of unguarded empathy for strangers. That makes MDMA a natural fit for raves, dance parties featuring lots of densely packed, sweaty bodies and unfamiliar faces.

It may also may make MDMA a good medicine for psychiatry. It’s now in late-stage, multicenter clinical trials as an adjunct to psychotherapy for post-traumatic stress disorder. The goal is to harness MDMA’s prosocial effects to strengthen the bond between patient and therapist. Thus, people who have experienced trauma may be able to feel comfortable reliving it through guided therapy.

Some 25 million people in the United States who suffer from PTSD could benefit from a drug capable of establishing, with a single dose in a therapist’s office, a trust level that typically takes months or years to achieve, said Boris Heifets, MD, Ph.D., assistant professor of anesthesiology, perioperative and pain medicine, the study’s lead author.

But MDMA can be addictive. Taken in the wrong settings or in repeated or oversized doses, it can have life-threatening consequences.

“We’ve figured out how MDMA promotes social interaction and showed that’s distinct from how it generates abuse potential among its users,” said the study’s senior author, Robert Malenka, MD, Ph.D., the Nancy Friend Pritzker Professor in Psychiatry and Behavioral Sciences.

A crucial connection in the reward circuitry is between nerve cells, or neurons, projecting from one midbrain structure, the ventral tegmental area, to another, the nucleus accumbens. When those neurons release a chemical called dopamine, the nucleus accumbens forwards signals throughout the brain that induce a sense of reward.

“Drugs of abuse trick our brains by causing an unnatural dopamine surge in the nucleus accumbens,” Malenka said. “This massive increase is much higher and more rapid than the one you get from eating ice cream or having sex.”

Like all addictive drugs, MDMA triggers dopamine release in the nucleus accumbens. That explains its abuse potential but leaves open the question of why the prosocial effect dwarfs that of most other abused drugs.

In the study, the Stanford researchers showed that a different brain chemical, serotonin, is responsible for this. Serotonin-releasing neurons in a brain structure called the dorsal raphe nucleus send projections to the same part of the nucleus accumbens that the dopamine-releasing neurons do. Neuroscientists have previously shown that in fact MDMA triggers the release of far more serotonin than dopamine.

The researchers performed a number of experimental manipulations to implicate serotonin as the signaling substance responsible for promoting social behavior in mice. The scientists got the same results using male or female mice. The same effects would probably be seen in humans because the midbrain areas in question have been remarkably conserved among mammalian species over evolutionary time, Malenka said.

“You can’t ask mice how they’re feeling about other mice,” he said. “But you can infer it from their behavior.”

The researchers tested whether an “explorer” mouse given a relatively low dose of MDMA or, alternatively, a saline solution prefers to spend time in a chamber holding another mouse under an upside-down mesh cup (to keep that mouse from moving about) or in an otherwise identical chamber with a cup but no mouse. They found, consistently, that saline-treated explorer mice get bored after 10 minutes with another mouse. But an explorer mouse given MDMA sustains its social curiosity for at least 30 minutes.

“Giving MDMA to both mice enhanced the effect even further,” Heifets said. “It makes you wonder if maybe the therapist should also be taking MDMA.”

Like humans, mice like to return to places where they’ve had a good time. Chalk it up to the brain’s reward circuitry. To determine MDMA’s addictive potential, the researchers gave mice an MDMA dose equal to the one in the first experiment, but only when the mice were in a particular room of a two-room structure. The next day, the mice showed no preference for either room—evidence that at this dose, the drug hadn’t noticeably triggered the reward circuitry.

But mice given a higher MDMA dose exhibited both its social and abuse-potential effects. Further tests determined that the secretion of dopamine triggered by MDMA is not necessary for promoting sociability. Serotonin release, triggered by the low MDMA dose, was all it took.

The scientists were able to induce MDMA’s trademark sociability by infusing the drug only into the mice’s nucleus accumbens, proving this is where serotonin, whose release MDMA triggers, exerts its sociability-inducing effect.

“Where, exactly, in the brain that’s happening hadn’t been proven,” Heifets said. “If you don’t know where something’s happening, you’re going to have a hell of a time figuring out how it’s happening.”

That’s what the scientists discovered next. Blocking a specific subtype of serotonin receptor that abounds in the nucleus accumbens fully inhibited MDMA’s prosocial effect. Furthermore, giving the mice a different serotonin-releasing drug that does not cause dopamine release mimicked the prosocial effects of MDMA but didn’t cause any addictive, or rewarding, effects. The drug, fenfluramine, is the “fen” in a once-popular diet pill called fen/phen, a two-drug combination developed in the 1960s. Fen/phen was pulled off the market in the 1990s after 30% of patients taking it were found to be showing signs of heart disease, including pulmonary hypertension, a life-threatening condition.

Owing to their long-term cardiovascular and neurotoxic effects, neither MDMA nor fenfluramine would be suitable for any indications requiring daily use, the researchers cautioned.