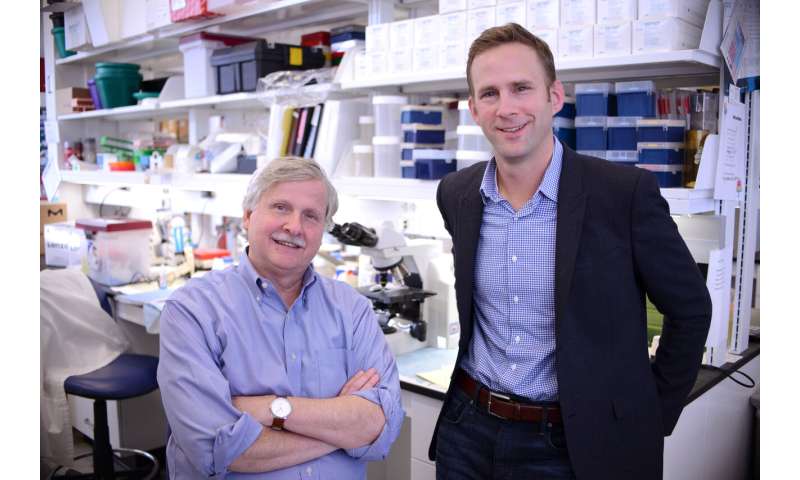 For patients with cutaneous leishmaniasis, a skin infection transmitted by a sand fly that can in some cases lead to painful and disfiguring ulcers, treatment can be grueling. The first-line therapy offered to many requires daily infusions of the metalloid pentavalent antimony for three weeks, and half of patients don’t respond to just one round of therapy. Some fail two or even three courses. And the side effects of therapy can range from mere irritation to far more serious conditions.

A new study led by School of Veterinary Medicine scientists together with researchers from Brazil has identified biomarkers that predict which patients’ disease will resolve with antimony and which patients should be offered an alternative therapy from the outset. Using data from leishmaniasis patients treated in Brazil, the researchers found a number of genes whose expression correlated with treatment outcome. They also discovered that a small difference in parasite numbers made a big difference when it came to the patients’ response.

They published their findings in the journal Science Translational Medicine.

“This study is the result of a progression of studies, each building on one another, that is allowing us to take the step from describing the biology of this disease to identifying which patients might need alternative treatments,” says Phillip Scott, vice dean of Penn Vet and a co-senior author on the work.

“We’re moving into the realm of figuring out how to translate this to patients,” adds Daniel P. Beiting, co-senior author on the paper and an assistant professor at Penn Vet. “If we can quickly and non-invasively monitor the targets we found, it could be important not only for leishmaniasis, but potentially also for other skin diseases, like chronic wounds or psoriasis—anything where these genes are playing a role.”

Scott has been working on leishmaniasis and performing research in Brazil for three decades, identifying the factors that contribute to the disease’s pathology. In the last several years, he’s collaborated with Beiting to employ genomic techniques to characterize more features of the disease, and to identify potential targets for therapy.

In 2017, the Penn Vet-led team found that chronic disease can arise when the immune system’s response to the Leishmania parasite goes out of whack, leading to persistent inflammation. The findings implicated a type of immune cell known as CD8 T cells. Yet their findings still didn’t explain why so many patients fail to respond to the anti-parasitic drug antimony.

To go after this question, they used a more open-ended approach to finding patterns in their data, a collection of skin biopsies taken prior to treatment from 21 people with leishmaniasis and 7 people without the disease who served as controls.

“The challenge of human studies is that there are so many confounding variables,” says Beiting. “If you say, ‘I’m going to compare people who have responded to those who didn’t respond,’ it sometimes doesn’t work because in those two groups there are a lot of other variables at play—sex, age, other co-morbidities. So what we did instead was say, ‘If we believe these patients are variable in the way they respond to treatment, why don’t we look at what genes are variable?'”

“And lo and behold included in that group were some of the genes that we already knew were key players from previous studies in humans and mice,” says Beiting, including elements of the CD8 signaling pathway the group had uncovered in 2017.

“We also found genes that we hadn’t expected but fit into the broad theme of this cytolytic, inflammatory pathway,” says Scott.

In previous studies, researchers had noted, and been somewhat puzzled by, the fact that skin lesions contained few parasites. The current studied confirmed this, using genetic sequencing methods to identify the presence and quantity of parasites in the patient samples. But their quantitative methods also revealed that, while numbers were low across the board, how low they were mattered.

As the group gets closer to moving their findings to the clinic, some hurdles remain. They have zeroed in on a few biomarkers, notably the signaling molecule IL-1β and a protein complex known as NLRP3, as ones that could be used in a diagnostic setting to make informed predictions about patient treatment outcomes.

They’re also working to see whether a less-invasive method than a biopsy could give reliable data about a patient’s disease.

“We’re laying the foundation for being able to take samples on site and assess them on site,” says Beiting, potentially using portable diagnostic devices that could be practical for use in remote clinics like the one the team has collaborated with in Brazil.

And they’re continuing to work in the lab to further study the genes that appear to be important in driving disease.