Visceral fat is of particular concern as it’s a key player in a variety of health problems. High levels of visceral fat can increase the risk of serious conditions, including type 2 diabetes and cardiovascular disease.

A poor diet can lead to visceral fat build-up, so making changes to what you eat and drink is advised.

While many people think foods high in fat should be avoided, not all fats are unhealthy.

When it comes to cooking oil, coconut oil is one of the healthiest fats you can eat, and studies have shown the positive impact it can have on visceral fat.

Studies have shown the medium-chain fats in coconut oil may boot metabolism and decrease the amount of fat yo store in response to high calorie intake. 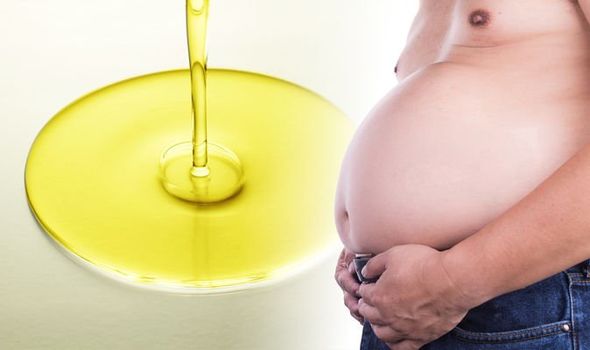 Controlled studies have also suggested it may lead to abdominal fat loss.

In one study, obese men who consumed coconut oil daily for 12 weeks lost an average of 1.1 inches from their waists without changing their diets or exercise routines.

In most of the studies, taking about two tablespoons (30ml) of coconut oil per day was shown to be effective.

But coconut oil is high in calories, so rather than adding extra fat into your diet you should look to replace some of the fats you’re already eating with coconut oil.

As an overall diet to follow, reducing carb intake has been found to be beneficial for losing fat, including abdominal fat.

Diets with under 50g of carbs per day cause belly fat loss in overweight people, those at risk of type 2 diabetes and women with polycystic ovary syndrome. 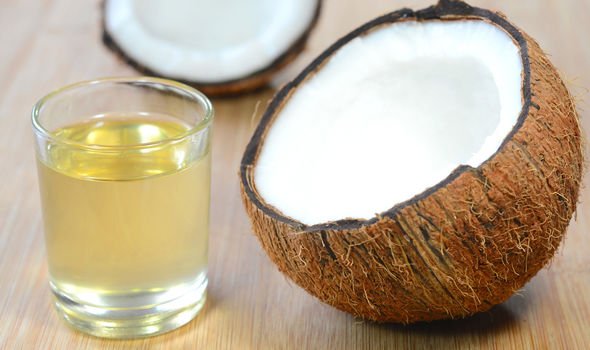 A Framingham Heart Study found people with the highest consumption of whole grains were 17 percent less likely to have excess abdominal fat than those who consumed diets high in refined grains.

Other ways to reduce visceral fat

Alongside eating a healthy diet, coconut oil and fewer carbs, exercise has been effective at getting rid of visceral fat.

Aerobic exercise has been found to be an effective way to improve a person’s health and burn calories.

Studies have also shown it’s one of the most effective forms of exercise for reducing belly fat. 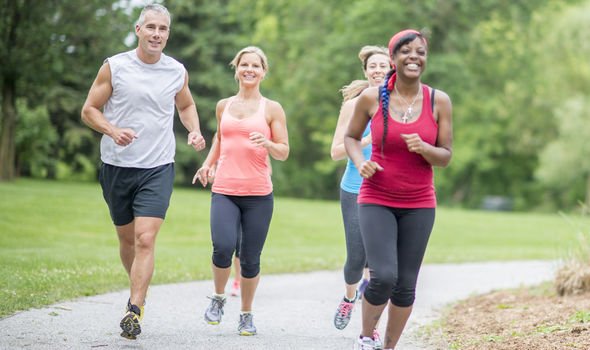 Many studies have shown aerobic exercise can help lose visceral fat even without dieting.

An analysis of 15 studies in 852 people compared how well different types of exercise reduce visceral fat without dieting.

They found moderate and high-intensity aerobic exercises were most effective at reducing visceral fat without dieting.

It was said combining regular aerobic exercise with a healthy diet is more effective at targeting visceral fat than doing either one alone.