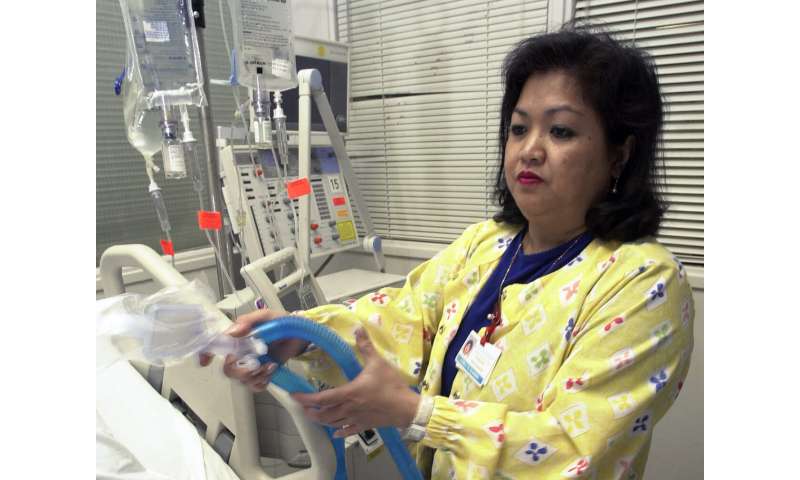 U.S. hospitals bracing for a possible onslaught of coronavirus patients with pneumonia and other breathing difficulties could face a critical shortage of mechanical ventilators and health care workers to operate them.

The Society of Critical Care Medicine has projected that 960,000 coronavirus patients in the U.S. may need to be put on ventilators at one point or another during the outbreak.

But the nation has only about 200,000 of the machines, by the organization’s estimate, and around half are older models that may not be ideal for the most critically ill patients. Also, many ventilators are already being used by other patients with severe, non-coronavirus ailments.

Hospitals are rushing to rent more ventilators from medical-equipment suppliers. And manufacturers are ramping up production. But whether they can turn out enough of the machines at a time when countries around the world are clamoring for them, too, is unclear.

“The real issue is how to rapidly increase ventilator production when your need exceeds the supply,” Dr. Lewis Kaplan, president of the critical care society, said Tuesday. “For that I don’t have a very good answer.”

In the most severe cases, the coronavirus damages healthy tissue in the lungs, making it hard for them to deliver oxygen to the blood. Pneumonia can develop, along with a more severe and potentially deadly condition called acute respiratory distress syndrome, which can damage other organs. 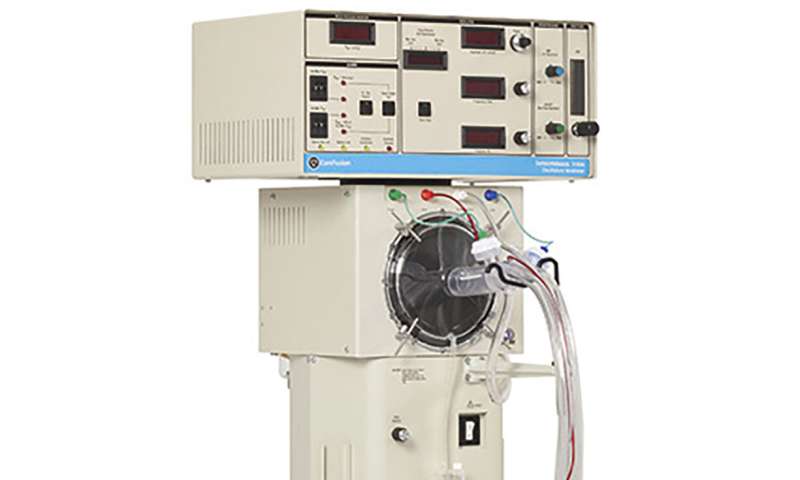 Ventilators feed oxygen into the lungs of patients with severe respiratory problems through a tube inserted down the throat. The machines are also used routinely to help other hospital patients breathe, namely those undergoing surgery while under general anesthesia.

“If everyone in the country wants to order some, that will get rapidly depleted in a heartbeat,” Kaplan said.

The other problem is that there are only enough respiratory therapists, specialist nurses and doctors with the ideal type of critical care training in the U.S. for about 135,000 patients to be put on ventilators at any one time, the critical care organization said.

Postponing non-emergency surgeries in the event of a big surge in coronavirus cases could help free up some ventilators as well as anesthesiologists and nurse anesthetists to deal with the crisis, Kaplan said.

On Tuesday, U.S. Defense Secretary Mark Esper said the Pentagon will provide 2,000 specialized ventilators to federal heath authorities to help handle the outbreak. He said the machines are designed for use by troops, and the military will need to train civilians how to use them. 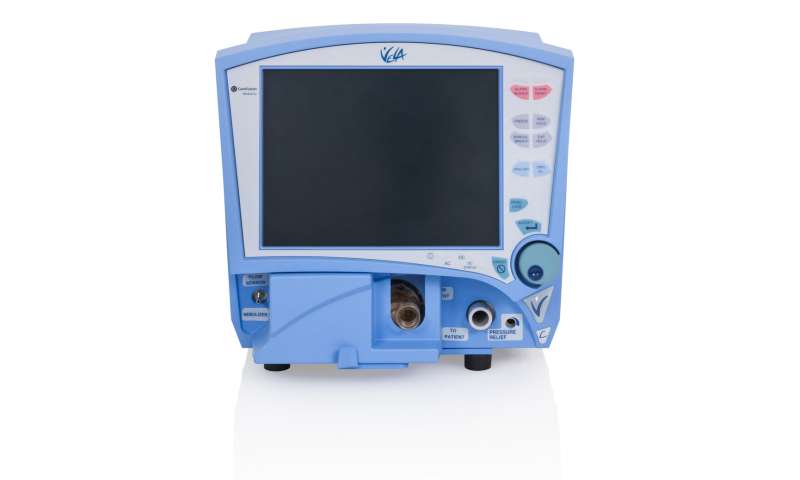 President Donald Trump said Monday that the government is seeking to acquire more ventilators. But he angered some when he said governors should feel free to take matters into their own hands if they can obtain the equipment more quickly elsewhere.

The critical care group’s estimate of the number of ventilators nationwide includes those in the U.S. government’s Strategic National Stockpile, which keeps medical supplies on hand for states to use in emergencies. The stockpile has nearly 13,000 ventilators, Dr. Anthony Fauci, the Trump administration’s infectious-disease expert, told ABC on Monday.

Whether that is enough depends on how well the nation can contain the virus, he said.

For most people, the coronavirus causes only mild or moderate symptoms, such as fever and cough. Most patients recover in a matters of weeks, as seen in mainland China. 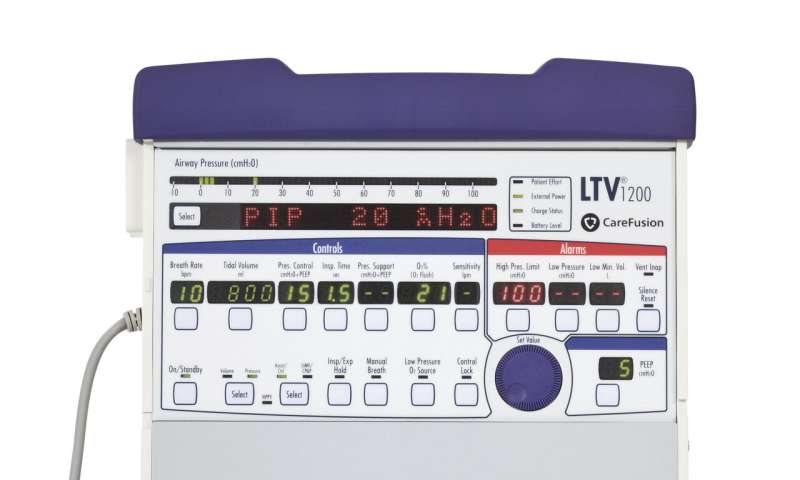 Evidence from China suggests that some coronavirus patients who develop severe breathing problems need to be on ventilators for weeks, if not longer, said Dr. Jacqueline Kruser, an intensive care physician and professor at Northwestern University’s medical school.

“The most important thing right now is to plan ahead and start mobilizing all the resources at hospitals in the city and at the state and national level … to get ventilators to places that need them the most,” Kruser said. “Waiting until a shortage occurs or appears imminent is going to be far too late.”

Philips Healthcare of the Netherlands; GE, which manufactures ventilators in Wisconsin and sells them globally; and Vyaire Medical Inc. of Mettawa, Illinois, all said they are stepping up production.

Vyaire is adding a second shift at its Palm Springs, California, factory and hiring more workers, spokesman Cheston Turbyfill said. As a global supplier, it has previously shipped ventilators to China and now is getting requests from Italy.

“We’re prioritizing by where the hot spots are,” he said. 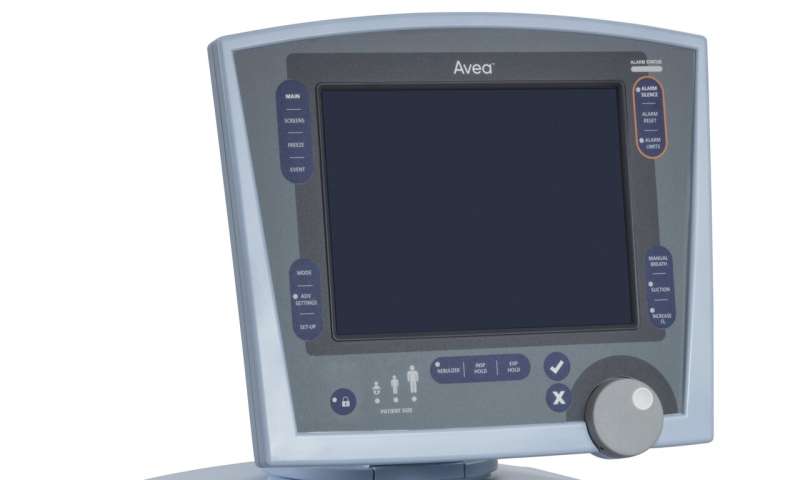 One major rental company, US Med-Equip, reported that U.S. hospitals have rented 60 percent more ventilators, monitors and other equipment over the past few weeks than at any time last year. It said it has 6,500 ventilators on rent and expects 1,200 more to arrive within the next few weeks at its Houston headquarters.