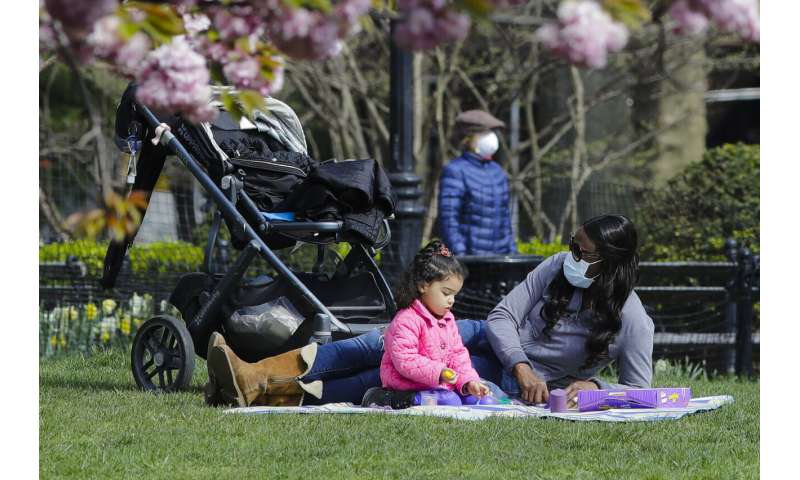 Hospitals in parts of New York will be able to conduct outpatient elective surgeries again, Cuomo said Tuesday as he pledged to consider regional differences when re-opening the state’s outbreak-stalled economy.

The governor said elective treatments will be allowed in places where the outbreak is less severe.

“We’re going to allow it in those hospitals and counties in the state that do not have a COVID issue or we wouldn’t need their beds in case of a surge,” Cuomo said at a briefing in Buffalo.

The hospital restrictions will remain in effect in New York City and suburban Westchester and Rockland counties, as well as in Albany, Dutchess and Erie counties, he said.

By Monday, more than 250,000 people in New York had tested positive for COVID-19—a milestone figure that likely undercounts infected residents by a significant margin. People in New York City, a worldwide hotspot, were advised to seek testing only if they were ill enough to possibly require hospitalization.

Hospitalization trends are more encouraging, and the state is planning how to gradually ease up on outbreak restrictions.

Total statewide hospitalizations have slowly dropped to 16,076, more than 2,000 below a week ago. The state recorded 481 deaths Monday for a total of 14,828. It was the second straight day with under 500 fatalities.

As he plans for the re-opening, Cuomo said it was important to note that the outbreak hit regions of the state at different times and at different rates. Rural stretches of northern New York are facing “a totally different situation” than densely settled New York City.

“We operate as one state, but we also have to understand variations and you do want to get this economy opened as soon as possible,” he said. “And if the situation is radically different in one part of state than another part of the state, then take that into consideration.”

Cuomo appeared in Buffalo a day after protesters drove about 150 cars in the city’s downtown to call for an end to stay-at-home restrictions. Protesters beeped their horns and waved flags from their car windows.

Other coronavirus developments in New York:

Cuomo headed to the White House on Tuesday to seek federal help with coronavirus testing.

Cuomo said he’ll use his Tuesday meeting with President Donald Trump to push for the federal government to help manufacturers get the chemicals and swabs needed for states to perform wide-scale testing.

“You shouldn’t expect all these governors to go run around and do an international supply chain while they’re trying to put together their testing protocol in their state,” Cuomo said.

The Democratic governor and Republican president have alternately praised and criticized each other over their respective responses to the outbreak. The pair traded barbs as recently as Friday, when Trump said Cuomo should get to work after the governor argued that the federal government needed to lead in ramping up mass testing. 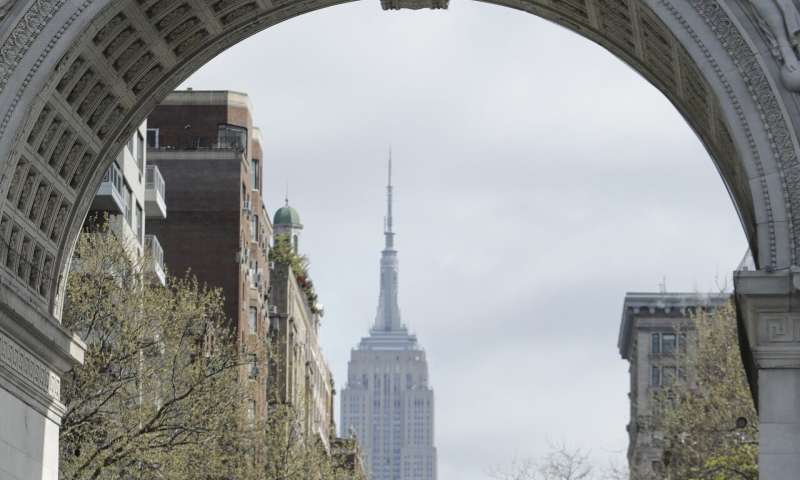 New York City is planning to stockpile medical equipment and supplies to meet its own needs in any potential future coronavirus surge, rather than looking to federal authorities or global markets, Mayor Bill de Blasio said Tuesday.

He said the new “strategic reserve” would include ventilators, face shields, surgical gowns and test kits, and the initiative also includes developing local suppliers who could quickly make more if needed.

In one example, the city is spending $10 million to buy 3,000 “bridge” ventilators—suitable for patients who don’t have the severest respiratory symptoms—from Queens-based Boyce Technologies Inc. It has started making the devices only in recent weeks.

“We have learned the hard way that we cannot depend on the federal government in the future,” nor in the global marketplace, de Blasio, a Democrat, said at a news briefing. “We New Yorkers will take care of ourselves.”

In a similar vein, De Blasio last week announced a plan to create a $50 million reserve of as many as 18 million non-perishable meals.

The new coronavirus causes mild or moderate symptoms for most people. For some, especially older adults and people with existing health problems, it can cause more severe illness or death.

The tradition of honoring heads of state, sports champions and others with parades along Broadway’s “Canyon of Heroes” in lower Manhattan dates from 1886. The most recent parade was held last July to honor the world champion U.S. women’s soccer team.

“We will honor those who saved us,” de Blasio said. “We will take the time as only New York City can to throw the biggest, best parade to honor these heroes.”

EYE ON OTHER STATES

De Blasio said Tuesday that if governors of states such as Georgia start to ease coronavirus restrictions, they had better have the facts on their side or they could enable a resurgence of the virus beyond their states’ borders.

“If some of these reopenings are done the wrong way, it’s going to affect all of us,” de Blasio said on CNN’s “New Day.” He said that if any state or city “jumps the gun” on reopening businesses “that could lead to the disease reasserting in a lot of other places.”