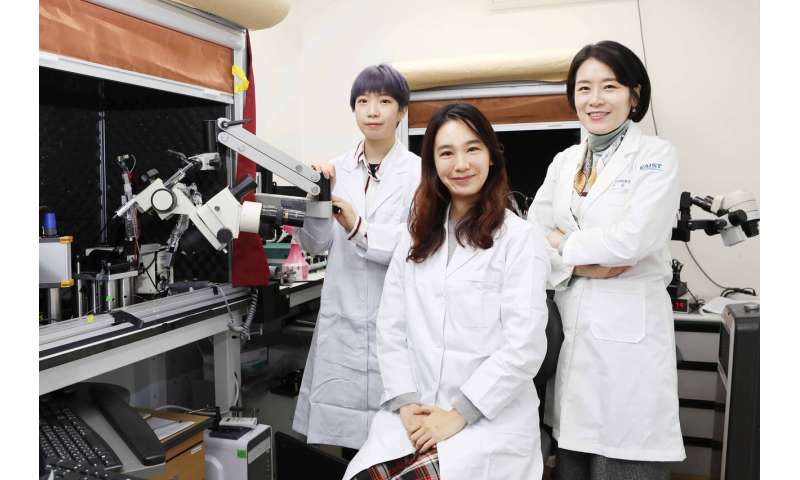 Researchers have confirmed that neuropeptide somatostatin can improve cognitive function in the brain. A research group of Professor Seung-Hee Lee from the Department of Biological Sciences at KAIST found that the application of neuropeptide somatostatin improves visual processing and cognitive behaviors by reducing excitatory inputs to parvalbumin-positive interneurons in the cortex.

This study, reported at Science Advances on April 22nd, sheds a new light on the therapeutics of neurodegenerative diseases. According to a recent study in Korea, one in ten seniors over 65 is experiencing dementia-related symptoms in their daily lives such as memory loss, cognitive decline, and motion function disorders. Professor Lee believes that somatostatin treatment can be directly applied to the recovery of cognitive functions in Alzheimer’s disease patients.

Professor Lee started this study noting the fact that the level of somatostatin expression was dramatically decreased in the cerebral cortex and cerebrospinal fluid of Alzheimer’s disease patients. 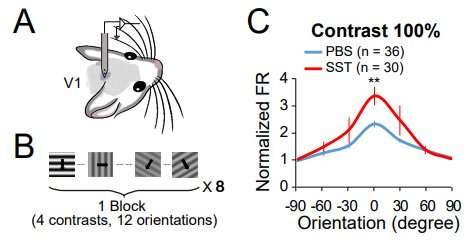 The research team demonstrated that the somatostatin treatment into the cerebral cortex could enhance visual processing and cognitive behaviors in mice. The research team combined behaviors, in vivo and in vitro electrophysiology, and electron microscopy techniques to reveal how the activation of somatostatin receptors in vivo enhanced the ability of visual recognition in animals. Interestingly, somatostatin release can reduce excitatory synaptic transmission to another subtype of GABAergic interneurons, parvalbumin (PV)-expressing neurons.

As somatostatin is a stable and safe neuropeptide expressed naturally in the mammalian brain, it was safe to be injected into the cortex and cerebrospinal fluid, showing a potential application to drug development for curing cognitive disorders in humans.