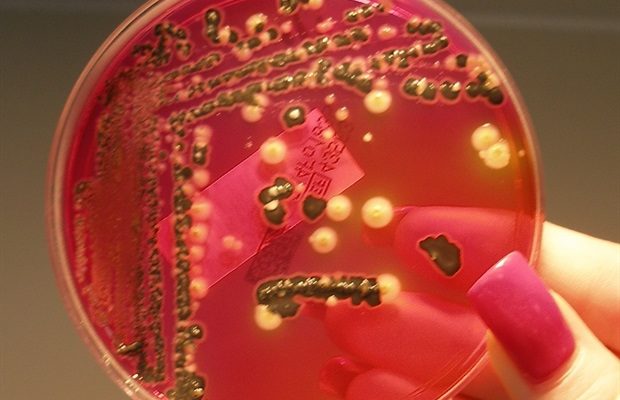 Salmonella is a ubiquitous human and animal pathogen which causes almost hundred million cases of gastroenteritis each year throughout the world. Salmonellosis in humans usually presents as a self-limiting food poisoning (gastroenteritis), albeit it can occasionally manifest as a serious systemic infection (enteric fever) which requires swift antibiotic treatment.

Most cases of salmonellosis in humans occur after the consumption of contaminated food products such as poultry meat, pork, beef, eggs, vegetables, juices and other types of foods. Prudent use of antimicrobials in human medicine and agriculture is a pivotal step in minimizing the emergency aspects and spread of resistant Salmonella.

Salmonellae are Gram-negative, flagellated, facultative anaerobic bacilli that contain three major antigens: H or flagellar antigen, O or somatic antigen, and Vi antigen (possessed by only a few serovars). The cell envelope contains a complex lipopolysaccharide (LPS) structure that is released upon lysis of the cell.

Salmonella is a prime example of an intracellular bacterium, thus it can be found within a variety of phagocytic and non-phagocytic cells in the human body. After successful intestinal colonization this organism enters enterocytes, M cells and dendritic cells in the intestinal epithelium, subsequently reaching submucosa and disseminating through the blood stream.

Virulence factor of salmonellae are encoded on so-called pathogenicity islands found on the chromosome. Invasion of host cells and intracellular survival are dependent on two type III secretion systems, but other virulence factors (such as ion transporters and superoxide dismutase) also play a role in exploiting the intracellular niche.

Salmonella also have the ability to form complex surface-associated communities (also known as biofilms) which contribute to its persistence in both host and non-host environments, and is especially important in food processing environments. Fimbriae, flagella, cellulose, colanic acid, anionic O-antigen capsule and fatty acids are important structural components for biofilm formation.

Species and serovars of the Salmonella genus are responsible for two distinct syndromes. Nontyphoidal salmonellae are common causes of food-borne gastroenteritis in the community. Typhoidal Salmonella cause enteric fever, which represents an important differential diagnosis in any traveler returning from a tropical country with a fever.

Nontyphoidal salmonellosis is caused by ingesting contaminated food or water, or occasionally by contact with an infected person. Symptoms occur 6-72 hours after ingestion of pathogenic organisms, and illness lasts between 2 and 7 days. Most cases are self-limiting and the focus of management is adequate rehydration.

Although antibiotic therapy is seldom warranted, some important exceptions include neonates, immunocompromised individuals and (in certain instances) the elderly. Enteric fever always necessitates antibiotic treatment, with the notification to the appropriate health authority in order to investigate possible outbreaks.

Identification of salmonellae in the microbiological laboratory is not demanding. Direct plating and inoculation of standard enrichment broths are employed for the best recovery of Salmonella species from fecal samples. Rectal swabs are not used, as they are considered inferior to fecal specimens.

The biochemical reactions of suspicious colonies are determined on triple sugar iron agar and lysine-iron agar, with a presumptive identification being made. Such biochemical identification can be then confirmed by antigenic analysis of O and H antigens with the use of polyvalent and specific antisera.