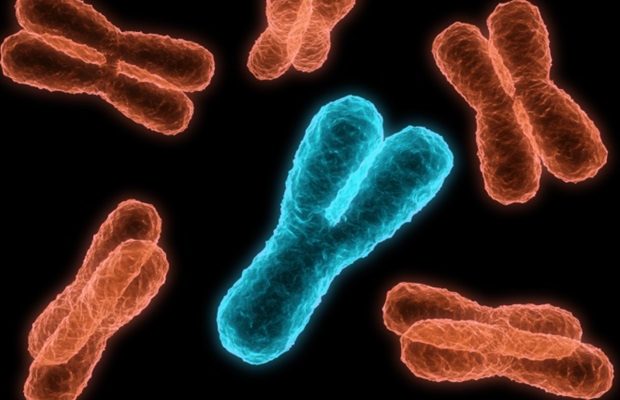 Von Recklinghausen disease (VRD) is also called neurofibromatosis type 1 (NF1). It is a genetic disorder in which the growth of nervous tissue is altered, producing tumors related to the nerve sheath. A single neurofibroma may not be indicative of this disorder, but multiple tumors are strongly suggestive of NF1.

First described in 1882, it is the most common type of neurofibromatosis and accounts for 90% of all cases. It may occur in  about 1 in 3000 births and in both genders equally. However, its incidence is as high as 1 in 200 in a population with mental retardation.

It is transmitted in an autosomal dominant manner and is caused by one of several possible mutations on chromosome 17 (17q11.2). The gene is a tumor suppressor, encoding the protein neurofibromin, and its functional loss causes abnormal cell proliferation and tumor development. This growth takes place especially during the periods of rapid growth, such as early childhood, puberty, and pregnancy.

This disease shows a very high rate of de novo mutation, among the highest of human genetic conditions. For this reason, only 50% of the patients have a positive family history. The degree to which the defective gene is expressed also varies from patient to patient, but it is expressed in some degree in every patient.

Neurofibromas occur as two types, discrete (localized) tumors and plexiform. The former arises from one point on a nerve and present as a well-defined mass, and is more common. They usually appear in late childhood or afterward. Their number increases with age and the total varies with the individual. While usually confined to the skin, they may involve deeper organs. Plexiform neurofibromas have a tendency to spread and usually affect some cranial nerves, typically the fifth, ninth and tenth. These tumors tend to grow very large and have a 2% to 5% risk of becoming malignant. They can thus cause peripheral neuropathy. However, they are typically painless.

The features of NF1 are variable, but include:

Diagnosis is on the basis of the typical constellation of symptoms and the family history if present. Management is directed at prevention of tumor complications, such as disfigurement and nerve dysfunction. Surgery is frequently impossible, but may be required to improve or salvage nerve function, after considering the cost-benefit ratio. Genetic counseling should be given in view of the 50% heritability and the high frequency of the condition. Regular follow up is necessary to detect malignancy and avoid long-term complications.