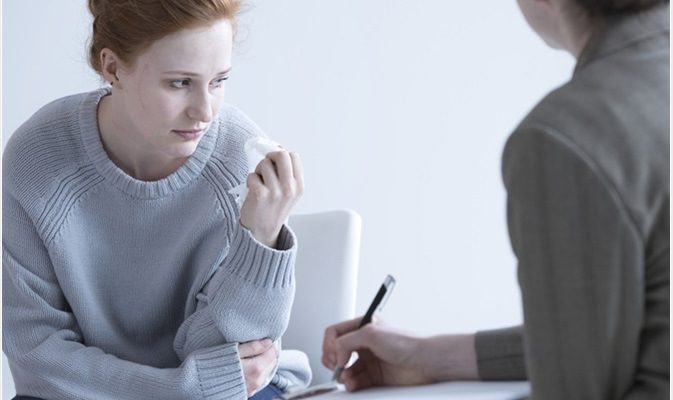 Social anxiety (social anxiety disorder or social phobia) is a mental illness in which a person has a fear of or worry concerning social situations that doesn’t go away. This anxiety may be accompanied by mutism (the inability or unwillingness to speak in certain situations).

It is more commonly seen in children and middle-aged women. 9% of youth and 12% of adults at some point of time in their lives may face this type of anxiety. However, this condition may remain unrecognized for a very long period. 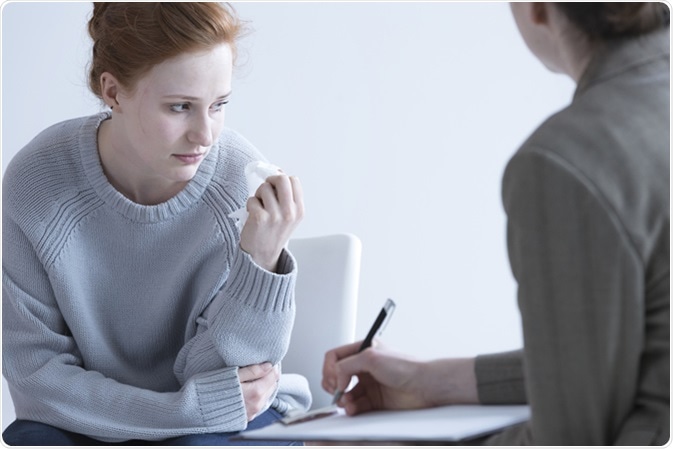 Before the term “anxiety” was defined, this condition was generally expressed as “stress” or “nerves disorder”. The understanding of this disorder was very poor in the common people and even by health professionals. For this reason, very few people got effective treatment.

The recognition of social anxiety happened slowly through the ages and was based on the diagnosis of the condition in several cases.

Social anxiety was first described by Hippocrates as “shyness” in early 400 B.C. People who “love darkness as life” and "thinks every man observes him" fell into this category.

The term “phobia” for fear or terror was coined by the Greeks long ago, and they used the word phobia with a Latin or Greek prefix to convery the different kinds of fear. Some of the social anxieties were scopophobia—fear of being observed, xenophobia—fear of strangers, and anthropophobia—fear of people.

During the eighteenth century, European psychiatrists, psychologists, and authors started examining the topic. This raised lots of questions and viewpoints. It also brought to light many manifestations of social anxiety were raised. However, the idea of providing recognition to the study of social anxiety as a discipline did not arise until the 20th century.

Casper was the first person to study ereutophobia. In 1846, he described it in his report as “a serious social anxiety affecting a young man.” Pitres and Regis conducted studies in 1807 and 1902 on this phobia. A comprehensive review of this was published by Claparede during the same period.

Social phobia was first included by Janet as a separate section in her reference to classification of phobias in 1903. In 1910, Hartenberg described many forms of social anxiety under the generic name of shyness, such as performance anxiety, timidity, and personality disorder.

The term “social neurosis” was used to describe the condition of extremely shy patients in 1938 by Schilder, a psychiatrist. Joseph Wolpe, a South African psychiatrist, determined a path for the improvement of behavioral therapy for treatment of phobias in 1950 by developing a technique called systematic desensitization. This led to increased involvement of researchers in behavioral therapy of phobias.

Apart from these, there were no landmark developments till the 1960s, although people like Morita (Japan, 1930s) showed interest in the area. Many terms and names like ‘Kontaktneurosen’ or ‘social neurosis’ were duly mentioned in the literatures of Britain and Germany.

The idea of classifying social phobias as a separate category from other normal phobias was first put forward by a British psychiatrist named Isaac Marks in 1960. In the second edition of “Diagnostic and Statistical Manual of Mental Disorders (DSM-II)” published by the American Psychiatric Association (APA) in 1968, a narrow definition was provided for social anxiety, namely, it is “a specific phobia of social situations or an excessive fear of being observed or scrutinized by others.”

Since the existing definition was a narrow one, in 1980, APA officially added social phobia as a psychiatric diagnosis in their third edition of DSM. In this edition, it is described as “a fear of performance situations and did not include fears of less formal situations such as casual conversations.” According to DSM-III, it was difficult to diagnose a patient with both social anxiety and avoidant personality disorder.

A research on social anxiety was initiated in 1985 by Michael Liebowitz (a psychiatrist) and Richard Heimberg (a clinical psychologist). Prior to this, the condition was considered to be a "neglected anxiety disorder” due to the lack of studies on the topic.

In 1987, APA made a revision to the DSM-III in which they included changes in the diagnostic criteria. Instead of considering “significant distress" symptoms alone for diagnosis, they also added “interference or marked distress” symptoms. It allowed the diagnosis of social phobia and avoidant personality disorder in the same patient. They moved one step ahead, and introduced a term called “generalized social phobia” for referring to more intense and distributive forms of the disorder.

In the DSM-IV published in 1994, the term social phobia was replaced by “Social anxiety disorder (SAD).” SAD described the depth of disorder as “marked and persistent fear of one or more social or performance situations in which the person is exposed to unfamiliar people or possible scrutiny by others.” There were also some small modifications to the diagnostic criteria.

In the latest revision of DSM, i.e., DSM-V, further changes in the diagnosis of social anxiety disorder were updated and published in 2013.