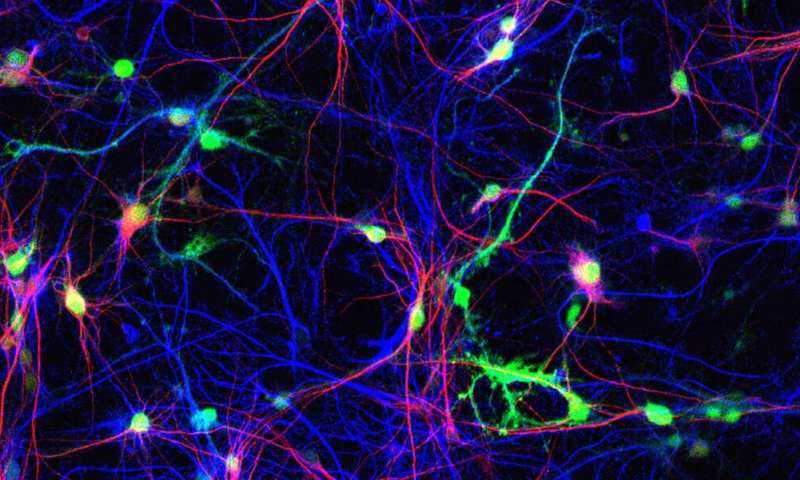 Optogenetics, a tool for controlling neurons with light, has given neuroscientists the ability to flip brain cells on and off more or less at will, revolutionizing neuroscience.

Yet the technique faces a fundamental challenge: To study all but the outermost part of the brain, researchers need to implant fiber optics or other invasive devices to deliver light deep into the brain.

Now, in Proceedings of the National Academy of Sciences, Stanford researchers report that they’ve found a less invasive way to do so: injectable nanoparticles that convert sound waves, which can easily penetrate into the brain, into light.

“Our question was, can we eliminate all these implants for delivering light? Our approach has offered a much less invasive alternative,” said Guosong Hong, an assistant professor of materials science and engineering and a member of the Wu Tsai Neurosciences Institute.

Developed in part at Stanford, optogenetics is based on the idea that scientists can genetically modify cells, such as neurons, to make some of their functions switch on and off with visible light. Researchers have used that tool to better understand how information flows between different regions of the brain, study the underpinnings of social behavior, cognition and memory, and better understand neurological diseases such as Parkinson’s.

The challenge is that even in the best cases, the light optogenetics needs to work penetrates only the topmost layers of the brain. Studying deeper brain regions requires light-delivering implants such as optical fibers. Not only are those implants invasive, they limit how many parts of the brain researchers can study at a time.

One less invasive alternative is sonogenetics, which uses ultrasound waves to turn genes on and off. Unlike light, sound—particularly ultrasound—can penetrate deep into tissues throughout the body, including the brain. But the technique is brand new, and so far there are few genes that can be modified to be controlled by ultrasound.

Still, Hong and his team figured, ultrasound has potential, particularly if they could find a way to convert sound into light—and as it turned out, there is such a way in the form of mechanoluminescent materials, such as zinc sulfide, that emit light when an external pressure is applied. By doping zinc-sulfide nanoparticles with cobalt, Hong and his team found they could store light energy in the nanoparticles and release it later on with ultrasound. Further doping the particles with silver tuned them to release just the right wavelengths of light to activate optogenetically modified neurons, regardless of where those neurons are in the brain.

With those advances in hand, two obstacles remained. First, the team needed to get the nanoparticles close to neurons in the brain without invasive implants. Second, they needed a way to charge them up so they would be ready to release light when they reached their destination. To solve both problems, Hong and his team injected their nanoparticles into mouse blood vessels, so that the nanoparticles were constantly flowing throughout the body—notably, in the brain and in the skin. When nanoparticles flow through the skin, the team reasoned, light penetrates deeply enough to charge up the particles. In the brain, light from the nanoparticles is close enough to activate optogenetically modified neurons.

Hong and colleagues tested their idea first in an artificial circulatory system to show they could get the nanoparticles to light up, recharge and light up again. They next injected the same particles into mice and carefully positioned them underneath a device that aimed ultrasound at motor control circuits in their brains. Then, the team found, they could get mice to wiggle their legs just by turning on the ultrasound.

One remaining issue, Hong said, is making their ultrasound system small enough to deploy in a wider range of experiments. Another issue is that the nanoparticles themselves, while rechargeable, only last a few hours before they get filtered out of the blood, a lifetime the team hopes to extend.

But if those problems can be solved, this approach could enable researchers to produce light sources anywhere and anytime inside the body at will without invasive implants. If that works out, it could make optogenetic treatments for neurological disease less invasive, Hong said, and perhaps extend the applications of light therapy, similar to that used to treat certain kinds of skin cancer, as well.