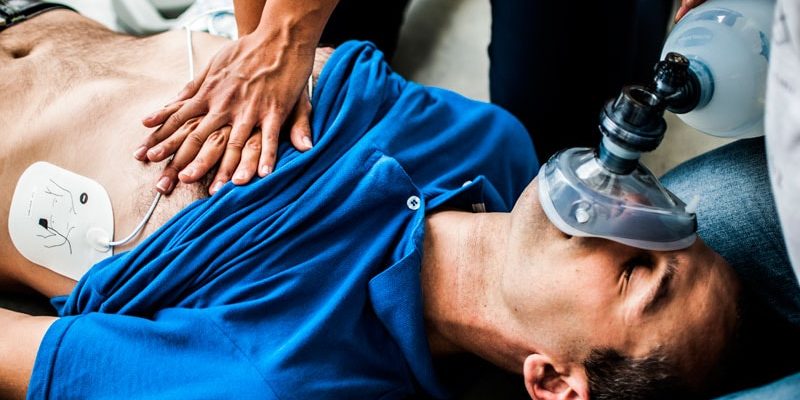 Among adults with out-of-hospital cardiac arrest, giving calcium did not improve the sustained return of spontaneous circulation, and there was a suggestion of a worse outcome, in a new randomized controlled trial.

“These results do not support the administration of calcium during out-of-hospital cardiac arrest in adults,” the authors conclude.

The trial was published online in JAMA on November 30.

There are multiple potential mechanisms by which calcium has been thought to be beneficial in cardiac arrest, small hair loss accutane co-author Lars Andersen, MD, told theheart.org | Medscape Cardiology.

“It is an inotrope — so makes the heart pump better,” he explained. “Calcium also has a pressor effect, so more blood would get back to the heart, which could increase the chances of re-starting the circulation — and there is a hypothesis that it may stabilize cell membranes,” Andersen, who is part of the Prehospital Emergency Medical Services team in Aarhus, Denmark, noted.

These mechanisms have led to calcium being used quite frequently, especially in the US. A large US registry study showed that around 30% of in-hospital cardiac arrest patients were given calcium, suggesting that tens of thousands of patients are given calcium each year in this situation, Andersen reported.

But he pointed out that the current findings suggest that the administration of calcium to an unselected cardiac arrest population is unlikely to result in improved outcomes and may in fact result in worse outcomes.

“We were not terribly surprised that no benefit was seen. It is very hard to show a benefit of any intervention in cardiac arrest. But we were a little surprised to see the signal towards harm. We did the trial because we thought it would be beneficial,” Andersen commented.

Andersen noted that two small, randomized trials conducted in the 1980s showed some suggestion of benefit, but the current trial is much larger and was conducted in modern-day practice so gives the strongest evidence to date on use of calcium in cardiac arrest.

“Many doctors still use calcium even though the guidelines do not recommend it,” he said. “Until now there has been no solid evidence for benefit or harm. I hope our trial will make people think again about using calcium in cardiac arrest.”

The current double-blind, placebo-controlled randomized clinical trial included 397 adult patients with out-of-hospital cardiac arrest and was conducted in the Central Denmark Region in 2020-2021.

The intervention consisted of up to two intravenous or intraosseous (that is, injection directly into the marrow of a bone giving a noncollapsible entry point into the systemic venous system) doses with 5 mmol of calcium chloride (n = 197) or saline (n = 200). The first dose was administered immediately after the first dose of epinephrine.

The trial was stopped early due to concerns about harm in the calcium group after a planned interim analysis of 383 patients.

Of 397 adult patients randomized, 391 were included in the final analyses (193 in the calcium group and 198 in the saline group).

Among the patients with calcium values measured who had return of spontaneous circulation, 26 (74%) in the calcium group and 1 (2%) in the saline group had hypercalcemia.

The researchers point out that, although contrary to the original hypothesis, there are theoretical mechanisms that could potentially explain a harmful effect of calcium during cardiac arrest.

In addition, because calcium is involved in multiple intracellular signaling pathways, cytosolic and mitochondrial calcium overload could have promoted oxidative stress, release of proapoptotic factors, and activation of calcium-dependent lipases, proteases, and nucleases, they write.

“There is obviously some logic to use calcium in those with hypocalcemia and in cases of calcium blocker overdose. I would say there is more uncertainty regarding its benefit in hyperkalemia. There is some theoretical rationale but no solid evidence,” Andersen commented.

Funding for the current trial was provided by the Novo Nordic Foundation, Aarhus University, the Health Research Foundation of Central Denmark Region, and Fonden til Lægevidenskabens Fremme. Andersen is a statistical reviewer of JAMA but was not involved in any of the decisions regarding review of the manuscript or its acceptance.