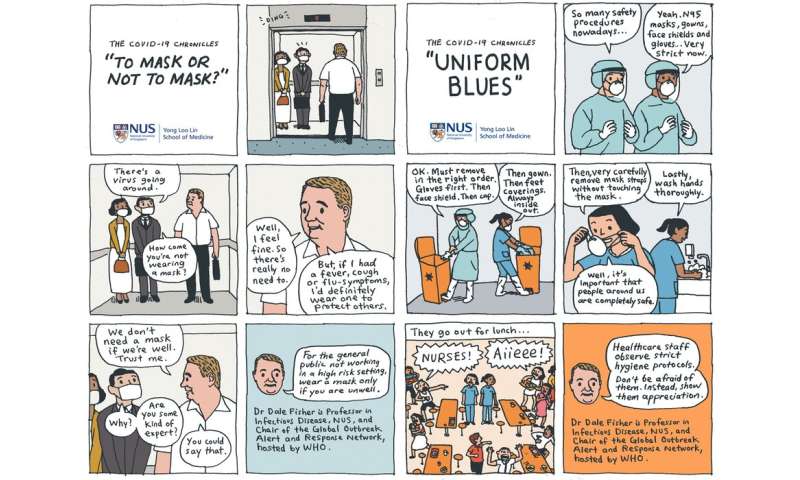 Singapore’s response to the coronavirus has been held up by many around the world as a model. As of this week, the country has had 266 total cases (with zero deaths), and its infection rate is much slower than the rest of the world.

The first thing that helped with its response was it was ready before the outbreak even occurred because of the SARS outbreak of 2002-03.

It was aware then that its infrastructure wasn’t ready for an outbreak of this kind. So, in the years since, isolation hospitals were built, more negative pressure rooms were created and legislation was put in place.

Then, on December 31, when the world first became aware of coronavirus in China, Singapore started to get prepared. By the time the World Health Organisation declared a public health emergency at the end of January, it was ready.

In February, Singapore made it clear again this virus had the potential to have major health, social and economic consequences. We knew that because we saw what happened in China. The virus brought a country of 1.4 billion people basically to its knees.

The rest of Asia was clearly frightened and scampering to get ready, too—Taiwan, Hong Kong, South Korea. There was no confusion in the minds of these countries what this virus could do.

Yet, still other parts of the world weren’t preparing.

Looking at what we do differently today, I think the biggest one is Singapore didn’t let positive patients back into the community. 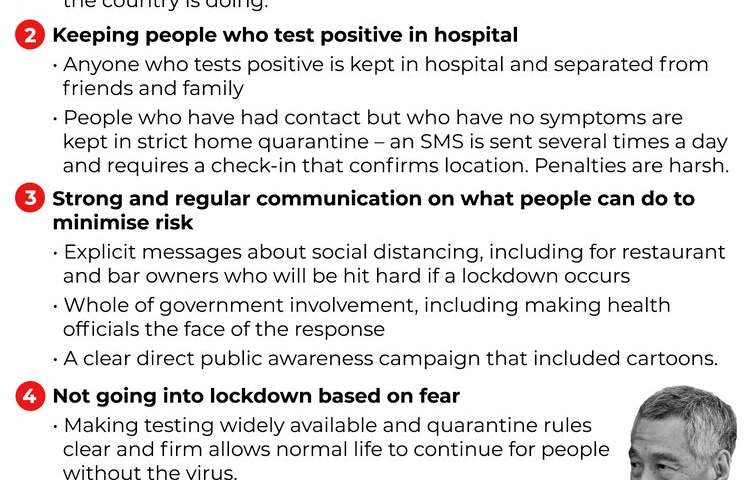 China also didn’t do that. Wuhan created 50,000 hospital beds in two big temporary hospitals. These weren’t hospitals for sick people, these were all the mild cases that Australia, Europe and US sends home.

In Singapore, we think it’s better to hive those people off and look after them elsewhere until the virus is clear. People with mild cases are kept in hospitals—we have enough space to put all the positives together.

If you’re going to look after people at home, how do you know they are complying with self-isolation rules? Are you doing phone tracking? Are you doing random checks regularly enough? Are there harsh enough penalties to frighten people from disobeying?

Singapore has contact tracing teams, who identify all the contacts of an infected person and ring them up. Often these people have early symptoms and we’ll arrange for them to be picked up and tested.

Singapore is very liberal with our testing. Less than 1% of our tests are positive, so that reflects just how many tests we are doing.

If people don’t have symptoms, they’re put in home quarantine. And home quarantine is very strict. A couple times a day, you’ll get an SMS and you have to click on a link that will show where your phone is.

In case you cheat and leave your phone at home with someone else, the government has people knocking on doors now and then. The penalties are pretty harsh. 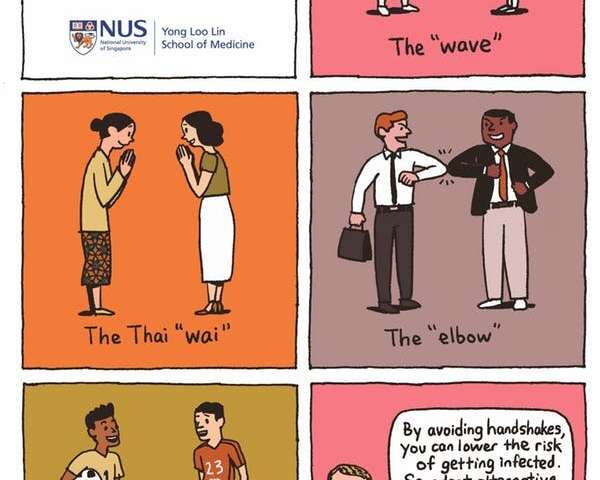 We have been very strong on community engagement. The messages we send are: if you are sick, stay home. If you are sick and have had contact with a COVID-19 patient, come in for a test. If you can’t stay home and you have to go out, wear a mask. If you cough, cough into your elbow. Avoid crowds, particularly indoors.

To everyone else, we say social distancing. For restaurant and bar owners, try and reduce the number of people in your businesses. People know what to do and they know if there’s a lockdown, they’re going to be closed. There’s a lot of business and revenue to be lost.

Everyone understands and adapts. You know what happens when people don’t adapt—we end up closing things down.

The messaging has also been very strategic. There’s a cross-ministerial task force—we regard this as a whole of government issue, not just a health issue. The prime minister comes on television every couple weeks, the chair of the task force is now a well-known face. Messaging is generally limited to a small number of authoritative people

There’s great transparency. There’s already great faith in government, so that helps quite a bit.

The messaging from the government is also consistent—they provide the latest numbers and say what’s happening in other countries and what might need to be done in Singapore.

We also created a public awareness campaign with cartoons. This is an alternative medium people might connect with. They are very popular, with over 1 million viewings online. The World Health Organisation is now translating them into other languages. 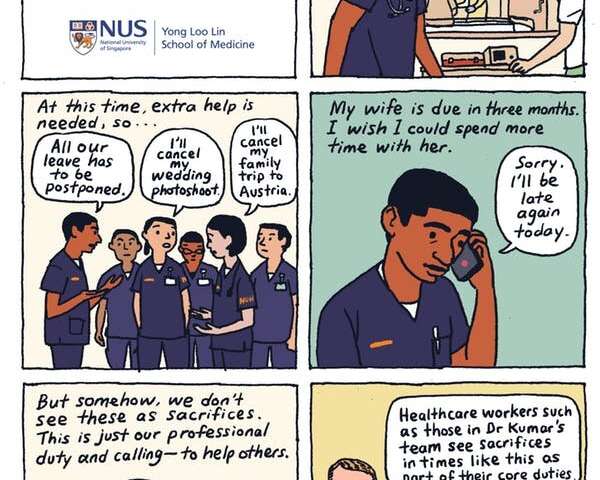 Why Singapore isn’t in lockdown

It’s pretty well-known that children are asymptomatic or only have mild disease, so there was no real reason to close schools. If you close schools, what’s the trigger to reopen them?

In Singapore, we want life to go on as normal. We want businesses, churches, restaurants and schools to stay open. This is what success looks like. Everything goes forward with modifications as needed, and you keep doing this until there’s a vaccine or a treatment.

On testing, the threshold for getting a test is pretty low. For the first week, we tested only people from Wuhan or Hubei province, then we tested anyone who had been in China within the last 14 days.

By the end of January, all of our public hospitals could do tests. Then we moved to enhanced screening—we tested anyone coming to a hospital with a respiratory illness, anyone who had been in contact with a COVID-19 patient.

Now, it’s even become more liberal. If you’re a hospital staff member with a mild cold, we’ll give you a test.

But if you’re a normal person with no contacts with anybody and mild symptoms, we’d just send them home. You can get a medical certificate that allows you to stay home from work for five days. If you are a casual worker, there’s financial help with that, too.

Leadership needs to be organized

It’s nothing really fancy. We don’t have the magic answer here, we just do it well and efficiently.

It’s certainly more challenging to put these things in place in bigger countries with different political systems, but it just means people need to know their roles.

For instance, communicating to the nation should come from the national government, but the state level should talk about state-relevant things.