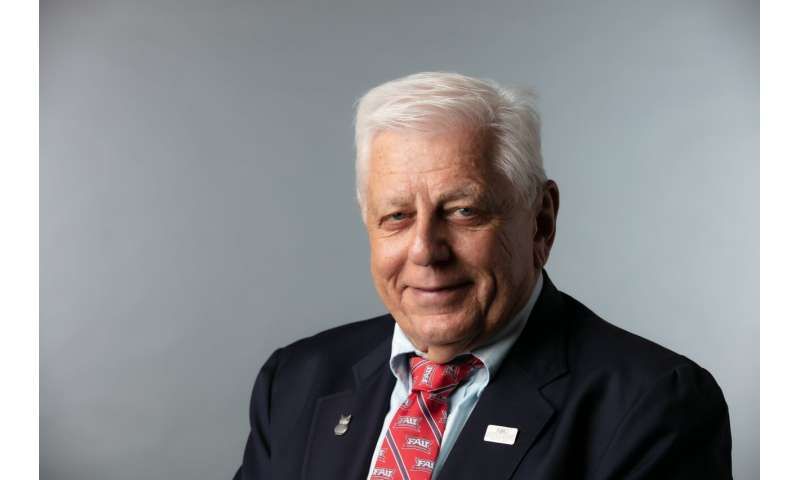 As is the case with most fatal diseases, coronavirus disease (COVID-19) is already taking a disproportionate toll on black Americans and other disadvantaged minorities. As of April 14 in the United States, 32 percent of deaths from COVID-19 occurred among black Americans who comprise of only 13 percent of the population. These numbers indicate that they have a 2.3-fold excess risk of dying from COVID-19 compared to white Americans.

Charles H. Hennekens, M.D., Dr.PH, senior author, the first Sir Richard Doll professor and senior academic advisor in FAU’s Schmidt College of Medicine, and co-authors, emphasize that most major clinical and public health challenges of COVID-19 will be long term and will inevitably result from the development of lifesaving drugs in treatment as well as a vaccine that will be preventive. The authors document that the introduction of such lifesaving innovation will only markedly increase the already existing racial inequalities, if public health initiatives for equitable dissemination throughout all communities are not immediately developed.

In the commentary, the authors document increases in racial inequalities following lifesaving drugs for HIV, respiratory distress syndrome, and hepatitis C as well as the experiences before and after the development of the Salk vaccine for polio. Before the introduction of the vaccine in 1952, initially, black Americans experienced significantly lower rates of paralytic polio than white Americans. By 1959, after the widespread dissemination of the Salk polio vaccine, the reverse was true.

“We must certainly try to overcome all of the barriers facing black Americans and other minorities in the United States but, realistically this is a long-term goal,” said Hennekens. “Now is the time to address short-term clinical and public health challenges to ensure equal access to any lifesaving innovation.”

The authors also highlight that mistrust is one of the major factors influencing inequalities. Even today many black Americans, particularly older black men, mistrust the efforts of the U.S. Public Health Service due to the lingering perceptions derived from the late disclosure of their study results of syphilis at Tuskegee, which withheld treatment from black men in favor of depicting the natural course of the disease.

“As a black physician committed to addressing racial inequalities in morbidity and mortality, if we do not act now, then those in greatest need will once again be condemned to even greater racial inequalities,” said Heather M. Johnson, M.D., FACC, co-author and a preventive cardiologist/cardiologist at the Lynn Women’s Health and Wellness Institute at Boca Raton Regional Hospital/Baptist Health South Florida.

The urgency of the issues raised by the authors are only enhanced by the recent public pronouncements concerning remdesivir as a promising but unproven treatment for COVID-19 as well as very recent encouraging news about an accelerated timetable for the development of an effective and safe vaccine.

“Death is inevitable but premature death is not. Unfortunately, black Americans and other disadvantaged minorities have unacceptably high mortality rates from COVID-19 and most other chronic diseases that confer their markedly reduced life expectancies,” said Hennekens.

Hennekens, Johnson and co-authors Robert S. Levine, M.D., first author and professor of family and community medicine at Baylor College of Medicine and an affiliate professor in FAU’s Schmidt College of Medicine; and Dennis G. Maki, M.D., professor emeritus in the Department of Medicine at the University of Wisconsin, where Johnson is an adjunct associate professor, conclude that, at present, individual behavior change is an important and necessary strategy. However, they also state that major societal changes amenable to responsible government but beyond individual control, also are needed to combat current and increasing future racial inequalities in mortality from COVID-19.

Hennekens and Maki have been collaborators since 1969, when they served as lieutenant commanders in the U.S. Public Health Service as epidemic intelligence service officers with the U.S. Centers for Disease Control and Prevention. Hennekens and Levine have collaborated since 1976, including on racial inequalities for more than 20 years.