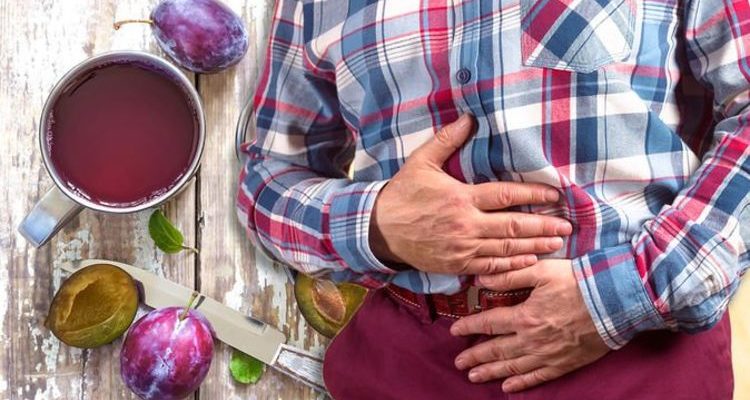 Stomach bloating affects most people at some point in their lifetime, according to the NHS. But you could avoid feeling bloated by simply adding more prune juice to your daily diet, it’s been claimed.

Bloating can make the stomach feel swollen, hard, and it’s generally quite uncomfortable.

Your bloating pain may be caused by eating certain gassy foods, or by eating too fast or too much.

But, one of the best and easiest ways to limit your risk of bloating is to start drinking prune juice, it’s been revealed.

Prune juice is a great source of added energy, and it should help to relieve your trapped wind. 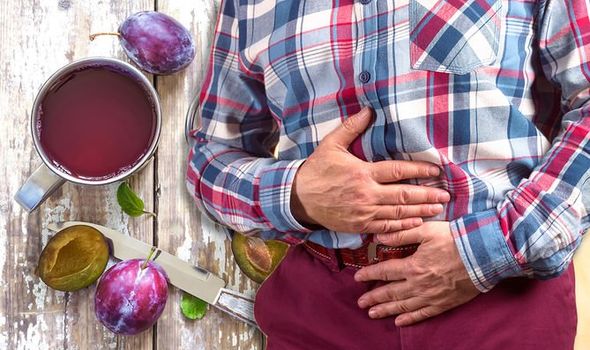 Prunes, which are made from dried plums, act as a laxative.

They’re rich in sorbitol, a type of polyol that’s commonly found in apples, pears and peaches, which gives them their laxative properties.

Prunes are also high in fibre, which helps to encourage bowel movements, and protect against constipation.

Constipation is a key cause of feeling bloated, which is why prune juice could be the key to relieving your trapped wind pain.

“One way to add some extra flavour and nutrients to your day is by including prune juice in your diet,” said medical website Healthline.

“Prunes are high in fibre, which helps prevent haemorrhoids brought on by constipation.

“Chronic constipation is a common problem in older adults and can also be a painful problem for infants.

“Prune juice acts as a laxative thanks to its high sorbitol content. Ask your doctor if it’s right for you or your child.” 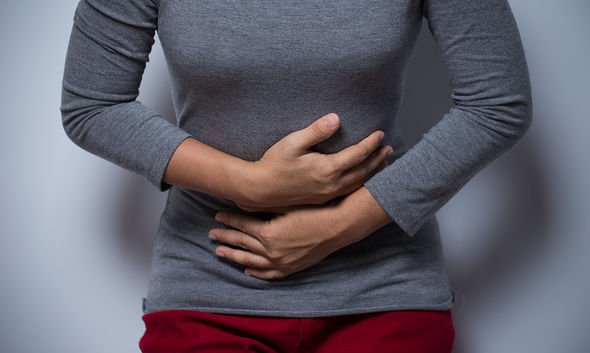 You could also feel bloated after eating cruciferous vegetables, including spinach and carrots, it added.

Cruciferous vegetables contain some indigestible nutrients that may lead to bloating symptoms.

But you could lower your risk of developing trapped wind by cooking your cruciferous vegetables before eating them.

Your bloating pain could be caused by constipation, trapped wind, irritable bowel syndrome, or even by swallowing too much air.

You could swallow air by drinking through a straw, or by talking with your mouth full of food.

People are more likely to feel bloated after a big weekend – especially around the festive season.

Speak to a doctor if your bloating symptoms don’t go away, said the NHS.

It could be caused by something more serious, including ovarian or bowel cancer.