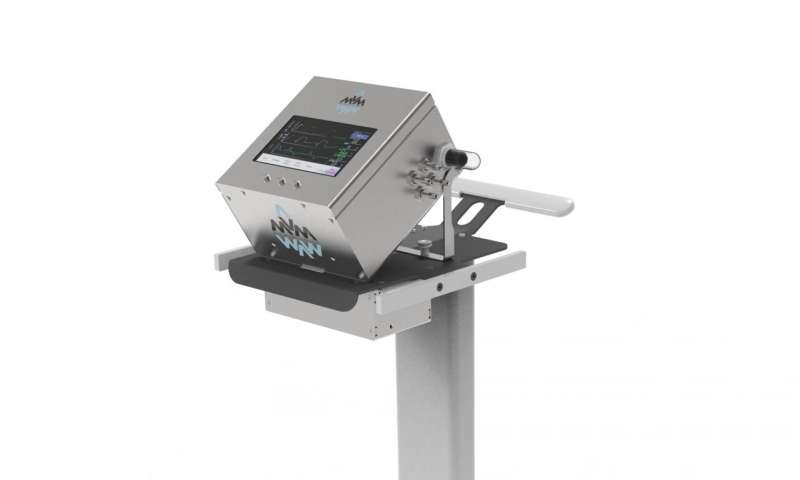 In a little over a month, a team of physicists and engineers from around the world took a simplified ventilator design from concept all the way through approval by the U.S. Food and Drug Administration. This major milestone marks the ventilator as safe for use in the United States under the FDA’s Emergency Use Authorization, which helps support public health during a crisis.

The Mechanical Ventilator Milano, or MVM, is the brainchild of physicist Cristiano Galbiati. The Gran Sasso Science Institute and Princeton University professor, who normally leads a dark matter experiment in Italy called DarkSide-20k, found himself in lockdown in Milan, a city hit hard by COVID-19. Hearing reports of ventilator shortages and wanting to help, Galbiati reached out to fellow researchers to develop a ventilator with minimal components that could be quickly produced using commonly available parts.

“The sense of crisis was palpable, and I knew the availability of ventilators was critical,” said Galbiati, who obtained his Ph.D from the University of Milan. “We had been doing some complicated projects in physics that required working with gases, and I thought it our duty to find a way to push oxygen into the lungs of patients.”

Word spread quickly, with engineers and physicists in nine countries—especially Italy, the United States and Canada—joining in to help. At the U.S. Department of Energy’s Fermilab, the researchers who typically spend their days building and running delicate detectors quickly applied their skills and volunteered their time to build a device for delicate lungs.

“There’s a huge benefit we’ve gained from the way particle physics collaborations work,” said Steve Brice, the head of Fermilab’s Neutrino Division. “The structure already in place has large, international, multidisciplinary groups. We can re-task that structure to work on something different, and you can move much more quickly.”

The MVM is inspired by the Manley ventilator built in the 1960s. The design is simple, inexpensive, compact and requires only compressed oxygen (or medical air) and a source of electrical power to run. The modern twist comes from the electronics and the control system.

“We’re concentrating on the software and letting the hardware be as minimal as it can be,” said Stephen Pordes, a member of DarkSide and a Fermilab scientist stationed at CERN to work on a prototype detector for the Deep Underground Neutrino Experiment, known as DUNE. He has volunteered his time to coordinate some of the MVM efforts alongside Cary Kendziora from Fermilab’s Particle Physics Division. “This project has been growing organically. People see a place where there is a need, and they take their own initiative to help and jump in.” 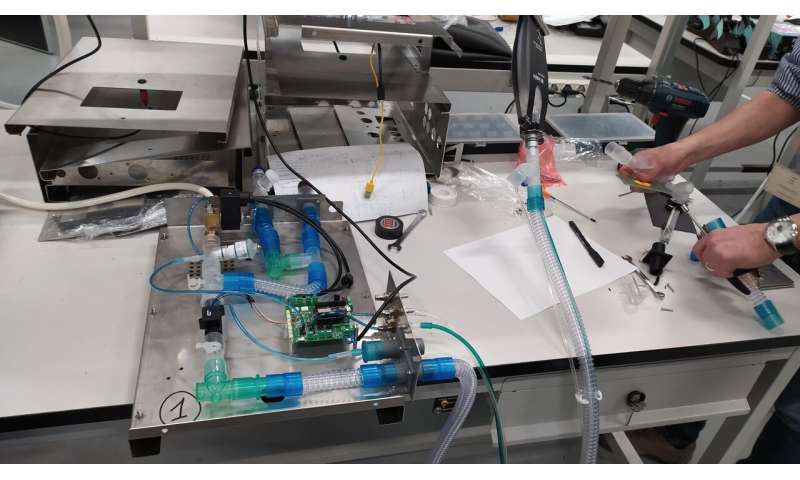 And volunteers have jumped in with a wide range of skills. Fermilab technical editor Anne Heavey joined to work on documentation and the user manual, repurposing the formatting of the recently published Technical Design Report for DUNE. Elena Gramellini, an Italian neutrino physicist working at Fermilab, liaised with doctors on the front lines in Italy. Jen Raaf, a neutrino physicist who works on liquid-argon experiments, worked with the medical device manufacturer Elemaster and led the effort to bring together all the elements needed for FDA approval.

“I wanted to feel like I was doing something useful,” Raaf said. “It’s really nice to see humankind doing good things for other people.”

The project has not been limited to the researchers. While working through the prototypes, the team made sure to engage doctors, medical device manufacturers and regulators to ensure they were making something useful for hospitals, creating something with a robust supply chain that could be quickly produced and building the ventilator to the right specifications.

“One of the key problems was translating between what the machine technically does and how operators would interact with the machine itself,” Gramellini said. “It’s been a lot of learning on my part in trying to see the ventilator the way that a clinician would operate the machine.”

Experts from industry and medicine made themselves readily available for consults; doctors tested the MVM prototypes on breathing simulators. Underlying all the long extra hours and stress of the intense project was a sense of urgency and motivation for all involved.

“I have never seen anything come together at this speed,” Heavey said. “It’s just phenomenal.”

With collaborators spread across 10 different time zones, work on various systems was able to proceed nearly around the clock, allowing MVM to progress from posting a preprint paper on March 23 to FDA approval on May 1. 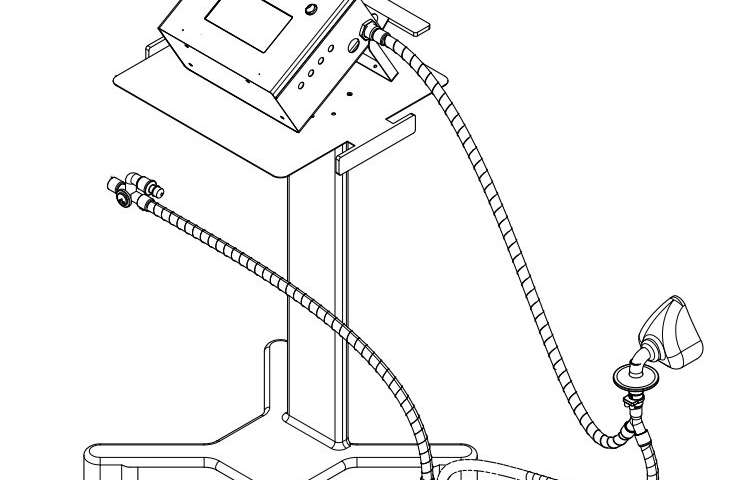 “It’s in our DNA to collaborate across borders and in real-time as particle physicists,” Galbiati said. “As borders went up and supply chains became more difficult, it remained a beacon of hope to me to be able to collaborate internationally. It is important to see that while the virus is spreading around the world at the speed of jets, the research is spreading at the speed of the internet. And if there’s one way that the virus will be defeated, it’s if the research can prevail.”

While physicists are used to collaborating from a distance, doing so while teleworking and social distancing added a new wrinkle. Working from home, researchers didn’t have access to all the tools they would have in the lab—or all the parts they needed to test in one place. Instead, they connected various components over the internet. So a microcontroller in Italy could connect and receive software written in the United States, then have someone test the interface on a touch screen in Canada.

“If you had asked me before all this if it was possible, I would have said no, it would take months,” said Marco Del Tutto, a neutrino physicist at Fermilab who worked on the software and microcontrollers along with Scientific Computing Division’s Gennadiy Lukhanin. “I’ve never done anything like this before, and we weren’t sure if we would succeed. But we all agreed we should at least try. We owed that to everyone.”

By early April, completed prototype MVM units in temporary 3-D-printed cases were making their way through rigorous tests in Italy and with collaborators around the world—and they worked. Eric Dahl, a Fermilab and Northwestern University scientist, was able to use a breathing simulator at Northwestern Simulation (a clinical training center part of Feinberg School of Medicine) to test one of the first prototypes and provide input on the way to the approved design. The MVM now works properly in two modes: full ventilation of a patient and breathing support.

“This effort is the demonstration that the particle physics community pays attention to the application of basic research for social needs,” said Fernando Ferroni, professor at Gran Sasso Science Institute and the past president of INFN, Italy’s National Institute for Nuclear Physics. “Having applied the efforts of hundreds of people in a very efficient fashion was possible because of the level of organization and shared vision of this community. It’s an amazing result, indeed.”

The end result is an open-source ventilator with off-the-shelf parts that the MVM team hopes will close the gap between supply and demand on a short timescale. The hardware and software designs will be made publicly accessible, so in principle, anyone in the world could make their own version. Galbiati is now working with Elemaster and other manufacturers on the first bulk production and getting ventilators to where they are needed most.