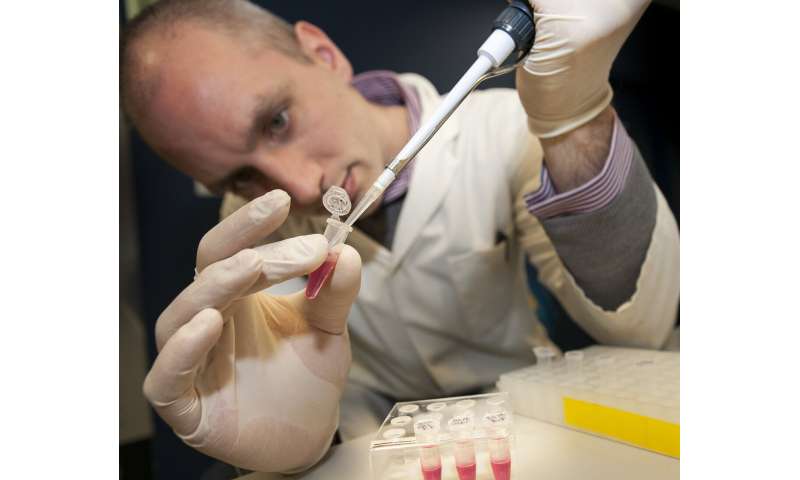 Researchers from the University of York have recreated how toxins from smoking cause unique patterns of DNA damage. The discovery could help scientists better understand the cause of bladder cancer and the link to smoking.

The causes of bladder cancer remain largely unknown, however smoking is seen as the main risk factor for the disease.

Researchers—led by Dr. Simon Baker from the Department of Biology—grew human bladder tissues in the laboratory and exposed them to a common toxin from cigarette smoke. After the tissues were damaged by the smoke toxin, the team analysed all three billion letters of the genetic code (DNA) to find a pattern of changes called a “mutational signature.”

Dr. Baker said: “Mutational signatures can be used like fingerprints at a crime scene. When we look at the DNA in a cancer we can see the fingerprints of all the criminals involved in causing the damage that led to cancer.

“The DNA damaging event might be exposure to cigarette smoke or UV from the sun but it might also be an unknown event that causes cancer.”

“Our study found that the smoke toxin left its distinctive fingerprints on the DNA of bladder tissues grown in the laboratory. However, when we looked at the DNA of patients’ bladder cancers the mutational signature, of the smoke toxin, was only responsible for a small amount of the damage.

“So despite smoking being the key risk factor for bladder cancer, direct damage of the DNA by smoke toxins is unlikely to be the main reason for these cancers forming.”

It may be that the smoke toxins accelerate other DNA damaging events and attention is now focussing on a family of enzymes called “APOBEC”.

APOBEC enzymes destroy viruses by mutating their DNA as part of the body’s natural defences against infection, but recent studies suggest they might mistakenly target our own DNA in a number of cancer types. The next stage of the study will be to try and understand how and why APOBEC enzymes become activated in the cells of the bladder.