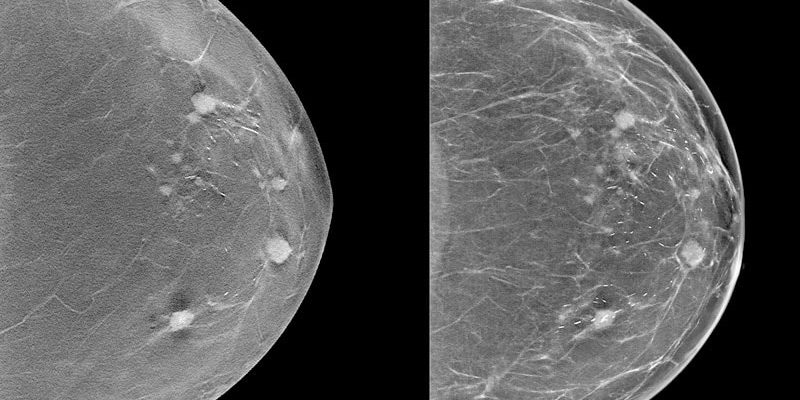 Researchers have created and validated a risk model based on digital breast tomosynthesis (DBT) images that can predict a woman’s chance of developing breast cancer within a year of a negative or benign mammography screening exam.

This model could potentially lead to earlier detection and improved prognosis.

“The DBT risk model is fully automated and provides the clinician with a risk category from low to high risk,” Mikael Eriksson, PhD, a postdoctoral researcher at the Karolinska Institute in Stockholm, Sweden, told Medscape Medical News. “Women at high risk could be followed more carefully using a shorter screening interval and/or a more sensitive modality such as ultrasound or magnetic resonance imaging (MRI).”

The study was published online May 11 in Science Translational Medicine.

To help catch cancers that may be missed, Eriksson and colleagues looked to DBT scans. A typical DBT scan generates up to 300 images, compared with the 4 images obtained with traditional 2D mammography.

Eriksson and co-authors validated their DBT-based risk model using 805 incident breast cancers and a random sample of 5173 healthy women included in a nested case-control study from 154,200 multiethnic women attending DBT screening in the United States between 2014 and 2019.

The risk model was built on three mammographic features — density, microcalcifications, and masses — and factored in left-right breast differences as well as age.

In the validation set, the model’s discrimination performance for predicting 1-year risk of breast cancer reached an area under the curve (AUC) of 0.82 with good calibration (P = .7).

According to guidelines from the US Preventive Service Task Force guidelines, 14% of the women were at high risk for breast cancer, with an average 1-year predicted risk of 1.02% — almost 20 times higher than the general risk. The high-risk women were also later diagnosed with 76% of the stage II and III cancers and 59% of the stage 0 cancers.

Importantly, the model’s discrimination and risk stratification performance was similar in women with low and high mammographic density as well as screen-detected and interval cancers.

“Our DBT risk model result suggests that not all women with dense breasts need supplemental screening, which, in turn, could lead to a reduction of false-positive supplemental exams,” the authors note.

Eriksson said select centers in the US are already starting to use the DBT-based risk tool, which “has the potential to lead to earlier detection of cancers with worse prognoses, reduce treatment costs, and improve breast cancer outcomes.”

However, he noted, clinical trials will be important for evaluating the “added value of the DBT risk tool in clinical practice” and “clinical guidelines need to be developed.”

The study was supported by iCAD Inc in Nashua, New Hampshire. Eriksson and two co-investigators have a patent on system and method for assessing breast cancer risk using imagery with a license to iCAD. The authors declared no other competing interests.