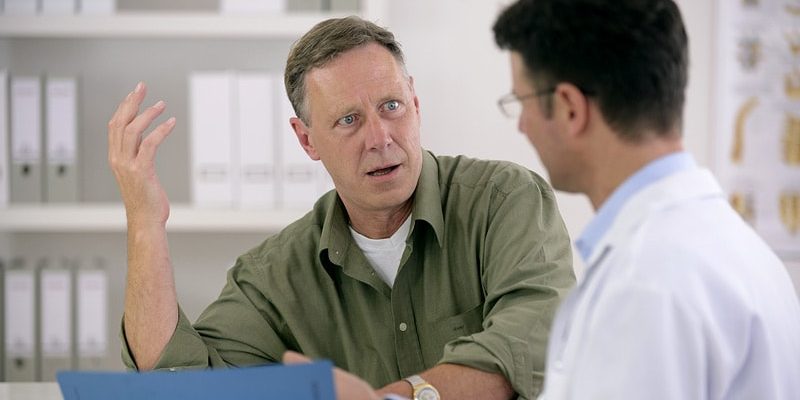 Physicians who experience mistreatment and discrimination by patients, their families, and visitors are more likely to have symptoms of burnout, according to a study published today in JAMA. 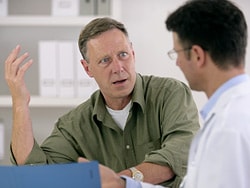 These abusive behaviors were more often directed toward female physicians and physicians of racial and ethnic minorities, although these physicians were not at higher risk for burnout.

The cross-sectional survey was conducted by researchers at the Mayo Clinic, who collected data from 6512 US physicians from November 20, cotrimoxazole s 2020, to March 23, 2021. Questions  on the survey were modified from the Association of American Medical Colleges Graduation Questionnaire. Physicians reported the frequency (never, once, several times a year, weekly, and several times a week) with which they had experienced mistreatment or discrimination by patients, families, and visitors within the past year.

Additionally, participants reported whether they had been physically harmed or whether a patient or a patient’s family had refused care because of the physician’s appearance.

Nearly one third (29.4%) of physicians reported being subjected to racially or ethnically offensive remarks. A similar number (28.7%) experienced offensive sexist comments. More than one fifth (20.5%) received unwanted sexual advances, and 21.6% reported that a patient or family member had refused care because of the physician’s visible personal attributes.

As exposure to these encounters increased, so did symptoms of emotional exhaustion, depersonalization, and burnout. Overall, after controlling for other variables, the risk of burnout rose from 27% to 120%.

While burnout due to patient interactions has not been thoroughly researched, previous studies have found that physicians of color and sexual minority medical students experience more workplace discrimination. This can negatively affect career trajectory, well-being, and work environments and may exacerbate physician shortages and healthcare disparities.

“Burnout is the result of chronic, high levels of unmitigated stress stemming from the work environment,” Liselotte N. Dyrbye, MD, MHPE, who conducted the research while at the Mayo Clinic but is now at the University of Colorado School of Medicine, told Medscape Medical News. “Solutions lie in improving the practice environment and addressing system-level factors causing high stress.”

Although any physician may experience mistreatment or discrimination, minority and female physicians are particularly vulnerable.

“The data highlights that to improve the work lives of minority physicians, we need equitable and inclusive work environments,” says Dyrbye. “We need organizational strategies that reduce the frequency of inappropriate behaviors by patients, families, and visitors, and ways to effectively deal with them when they do occur so that we promote a culture where all physicians can thrive.”

Some organizations have created patient and visitor conduct policies, similar to one that went into effect in 2017 at the Mayo Clinic, to help staff identify troubling patient behaviors, take appropriate action, and, if necessary, terminate care.

Dyrbye advises physicians to be diligent with regard to self-care. “Ways to reduce your risk of burnout include making career decisions that maximize your sense of meaning, value, and purpose in your work, engaging in coaching by professional credentialed coaches, working fewer hours, avoiding a mentality of delayed gratification, taking your vacation time, and purposefully building social support by taking time to connect with family, friends, and co-workers,” says Dyrbye.

Steph Weber is a Midwest-based freelance journalist specializing in healthcare and law.