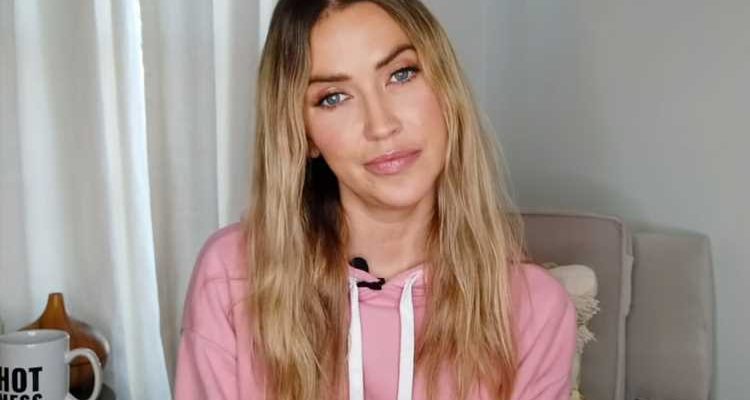 After moving home, Bristowe admitted that she was going through some "dark times" and sought medical help. She said she remembers feeling like "I had nothing and that life was over for me, that I'd given up all my hopes and dreams, and that the love of my life was now gone."

Her doctor prescribed her Valium in addition to an antidepressant.

"I was open to being on [the antidepressant], but Valium I had never really known what that was or what it would do to me," Bristowe said, sharing that the drug made her feel "numb."

"I didn't feel anything. I got to sleep, I got to not feel my feelings, and that felt great to me," she said.

"I had become addicted to Valium, and I was about 93 pounds," Bristowe continued. "And that was when somebody had to shake me and say, 'You can't live like this. This is not you.'"

After a long time of hiding from her feelings, Bristowe said that she eventually recognized "I couldn't live like that anymore."

"I was sick of being numb. I wanted to feel feelings again. I wanted to go back to Vancouver and get a job and start over and meet people and get out. So I did," she said, explaining that she worked her way up in the restaurant industry before being cast on Chris Soules' season of The Bachelor.

"I always think if I could go back to my 27-year-old self and talk to her, I would say, 'You can't let anyone be responsible for your own happiness. That is up to you,'" Bristowe, who is currently dating Bachelorette alum Jason Tartick, said. "And now I can say that because I'm in a loving, fulfilling, happy relationship. But 27-year-old Kaitlyn was just starting to learn that and figure that out."

As Bachelor Nation fans will know, Bristowe went on to become the Bachelorette and get engaged to Shawn Booth. After moving to Nashville together, the pair split in late 2018. And while Bristowe said she was crushed by that breakup, she didn't find herself spiraling the same way she did when she left Germany years before.

"As crushing as that breakup was, the bounce back was easier for me because of how driven and self-aware and how much work I had put into myself through therapy, through life experiences, through finding my way after a past heartbreak," she said. "I think I was just in a position to be like, I'm going to be okay just because I'm me."