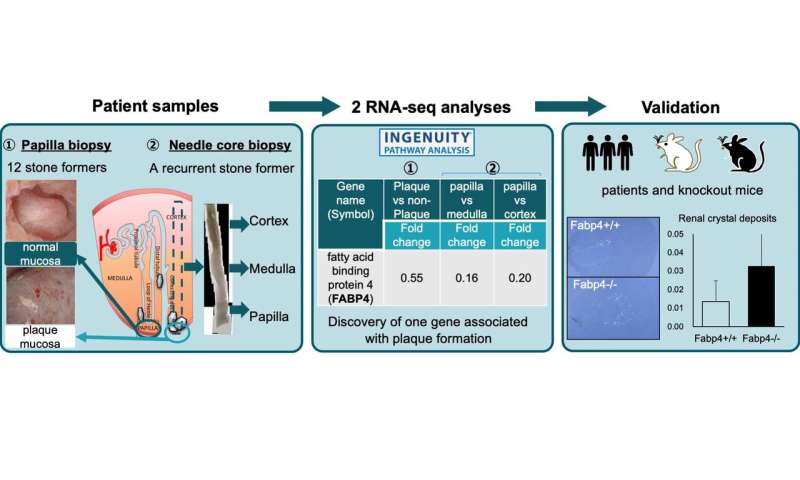 Kidney stone disease has a high prevalence worldwide, ranging up to 13% in North America, 9% in Europe, and 5% in Asia. They are painful for patients, often lead to surgery, and impart a significant economic impact. Many have reported nephrolithiasis (NL) to be associated with metabolic syndrome, but the mechanism by which they are linked is not understood. This poorly characterized association affords an opportunity to identify new targets that may lead to medical prevention of kidney stone recurrence.

Overlay of these two RNA-sequencing datasets demonstrated there is impairment of lipid metabolism in renal papilla tissue containing RP linked to downregulation of fatty acid-binding protein (FABP) 4. Immunohistochemistry of human kidney specimens and microarray analysis of renal tissue from a nephrolithiasis mouse model confirmed that FABP4 downregulation is associated with renal stone formation. Furthermore, they discovered that FABP4 deficiency resulted in the development of both renal and urinary crystals in a FABP4 knockout mouse model.