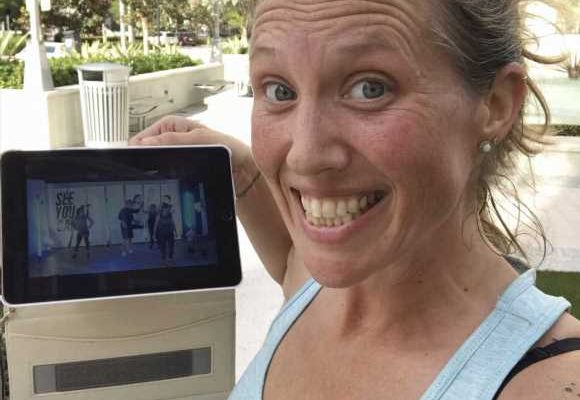 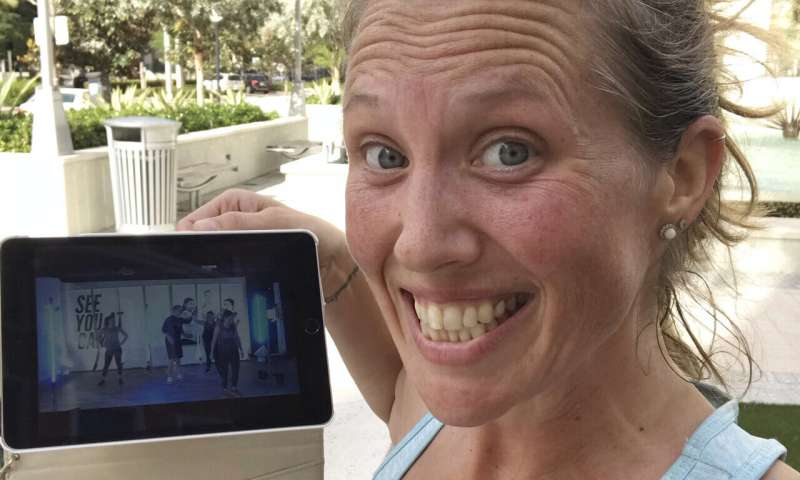 Steve LaTart in Minnesota is thinking of installing a space heater in his basement to recreate the atmosphere of his hot yoga classes now that his gym has closed due to coronavirus fears.

LaTart’s says it’s part of the “new, weird, strange workout plan” he has devised during a nationwide trend of self-isolation and social distancing as the government recommends limiting gatherings to 10 or fewer people.

Gyms, yoga studios and CrossFit centers around the country are fueling the drive to stay active by offering online classes, some free of charge, or extending trial periods for at-home workouts.

Studio owners and fitness instructors are having to adjust too as they make the shift to teaching online. The Coalition of Health and Fitness Leaders, a group of fitness, nutrition and wellness industry representatives recently formed in response to the new coronavirus, hosted an online panel Thursday to provide guidance for instructors.

Countless people around the country who have been cooped up inside as their companies mandate work-at-home policies and their fitness centers shut down are getting creative with their workout routines.

Many are turning to online classes, grabbing bleach bottles as makeshift weights, or taking cues from YouTube challenges showing how to do crunches with furniture or turn a kitchen floor into a treadmill by soaping up the tiling.

LaTart’s yoga and warrior sculpting instructors at Life Time in Minneapolis are still teaching classes. They’ve just moved them from the gym to cyberspace, where they are livestreaming instructions from their website. LaTart says knowing he can still participate in the classes is keeping him sane.

Beth Berglin, 40, director of a charity in Miami, was used to going to boot camp-style classes four mornings a week until last Thursday when she and her husband decided to stay at home as much as possible. Her gym closed over the weekend, but she is staying active through online classes from Burn Boot Camp.

“Part of the reason we exercise is to have that mental break,” she said. “I can’t imagine getting through this without having some form of physical activity.” 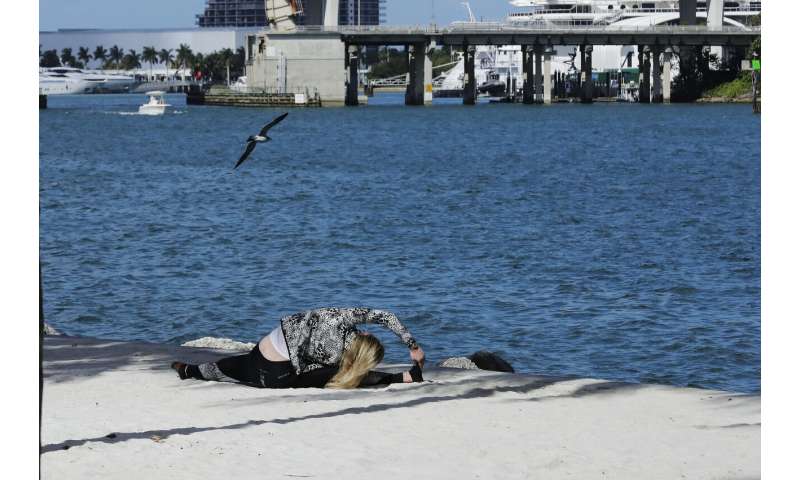 In Fort Lauderdale, LA Fitness members were told not to return as they left the gym last Monday night. That scene has played out across the country as state governments have ramped up containment measures. Planet Fitness, Equinox and Life Time Fitness have all said they’re closing outlets for several weeks or indefinitely in response to the coronavirus.

To make up for it, Planet Fitness started “Home Work-Ins,” a series of free, 20-minute classes that don’t require equipment. Erica Lugo, a trainer on the reality television show “The Biggest Loser,” was scheduled to lead one of the workouts.

Fitness operations whose core business has always been online or home-based are also stepping up their game, using the opportunity to capture new clients. AloMoves, an online fitness service linked to the popular apparel line, has seen a 40% increase on its YouTube channel, where it is offering some free workouts.

The at-home workout company obè has had 10 times the number of sign-ups this month compared to last, according to co-Founders Mark Mullett and Ashley Mills. They said the company also has received tons of requests from desperate parents now that schools are being canceled. Last week, obè launched four 10-minute dance and strength workouts for kids 10 and under.

Peloton, a company that sells high-end stationary bicycles and treadmills featuring instructors who give live and videotaped classes, has extended its free trial period to 90 days.

For most people, coronavirus causes only mild or moderate symptoms, such as fever and cough. For some, especially older adults and people with existing health problems, it can cause more severe illness, including pneumonia. The vast majority of people recover from the new virus.

Still, good diet and exercise can be crucial—for the young and old alike—to maintain sanity and keep the immune system strong against COVID-19. In addition to taking online courses, gym rats might now consider getting outdoors to exercise if they can, said Dr. Joe Khabbaza, a pulmonologist at Cleveland Clinic.

“Simply walk outside in nature,” Khabbaza said. “People can use this as an opportunity to exercise in other ways.”