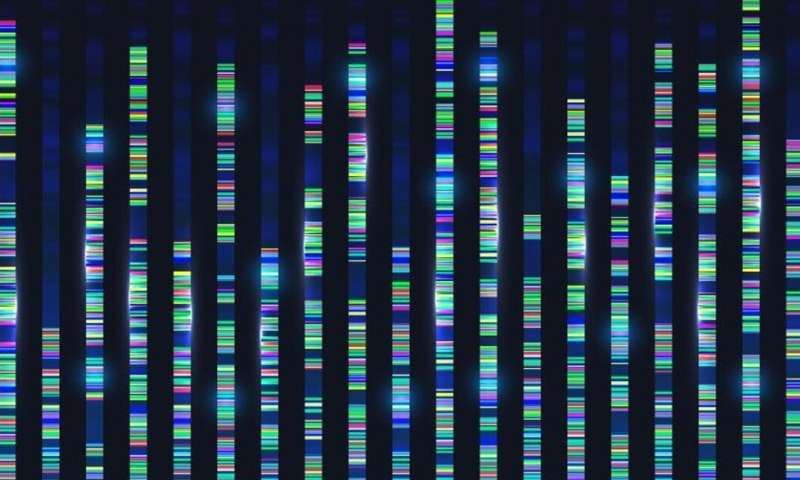 Genome sequencing—mapping the genetic sequences of the virus from confirmed COVID-19 cases in a bid to track its spread—is now an integral part of New Zealand’s coronavirus response. It is providing greater certainty in identifying clusters and helps focus the investigations of contact tracers.

In contrast to the first outbreak, during which only 25 of the more than 1,000 positive samples had been genetically sequenced by mid-April, genome sequencing results are now available overnight, and sometimes even on the same day. This allows health authorities to infer a connection between cases or pinpoint potential sources of infection much more promptly than before.

So far, the technique has confirmed Auckland’s second wave of cases are all part of the same cluster, except for one case identified on Tuesday who contracted the virus via exposure to a returned traveler from the United States.

But despite our rapidly improving knowledge, we still don’t know how and where the current outbreak started.

There are now 87 confirmed cases in the new Auckland cluster. All are in quarantine, along with some of their close contacts.

The sequencing technology has shown its value in three distinct ways since this new outbreak was confirmed last week.

First, it identified a new case without links to the current community cluster. A maintenance worker at the Rydges Hotel managed isolation facility tested positive on Sunday. By Tuesday, sequencing results showed this case was not part of the wider cluster, but rather that the genetic sequences matched those from a US returnee who had stayed at the Rydges before testing positive and being moved into quarantine.

Without rapid genome sequencing, contact tracers would have spent considerable effort looking for a link to the known cluster. Instead, their work is now focused on finding out how the worker got infected and whether there are any intermediate cases.

Second, genome sequencing has also shown that all other cases so far are part of a single cluster. This was mostly expected based on established physical links, but the genetic confirmation is nevertheless valuable.

Contact tracing casts a broad net. If a known case has visited a school, church or large workplace, many hundreds of people may need to be tested. Genomic evidence can tell us whether any of those contacts who subsequently test positive are indeed part of the same cluster, or whether they were infected elsewhere. When we look back at the first wave of infections, several of the cases that were assigned to the same cluster were shown not to be genetically related after all, showing contact tracing alone is not fail-safe.

Third, there were a few cases for which contact tracing produced only uncertain links between people, but sequencing confirmed they were part of the same cluster.

Looking for a source

So far, genomics has given us a lot of valuable information about New Zealand’s current round of infections. But it hasn’t established the ultimate source of this second-wave outbreak. However, it has yielded some clues.

It indicates the current cluster comes from the so-called B.1.1.1 lineage, most frequently documented in the UK but more recently found in Europe, Australia and South Africa. This lineage has been seen once before in New Zealand, in a pair of cases in mid-April who were in managed isolation in Auckland.

This points to two possible scenarios. Either the second wave is due to a recent border incursion from a country where this viral lineage has been transmitted. Or, alternatively, it is the result of ongoing transmission in New Zealand starting from the pair identified in April.

Let’s tackle each in turn, starting with the recent border incursion theory.

The virus can be transmitted in managed isolation facilities, as the recent Rydges hotel case underlines. Around 40% of cases found in managed facilities have no available genome sequence because the sample contains too little viral material. This usually indicates a low viral load (and low level of infectiousness), but it does not rule out transmission. The source may be among one of these cases.

Neither can we rule out the possibility that a case in managed isolation or elsewhere at the border was not detected. Even testing twice (currently on days three and 12 of quarantine) is expected to miss at least 4% of cases, based on a false negative rate that is at best 20%. This high false negative rate is one reason to insist on 14 days of isolation.

Next, let’s look at the possibility of ongoing transmission in NZ since the first outbreak. With a close genomic match found, we can’t completely dismiss this possibility. But the theory also depends on some unlikely assumptions: that the infection leaked from managed isolation, was transmitted undetected for about 15 generations until finally being found, and mutated fairly slowly over that period.

This sounds very unlike the virulent, fast-spreading virus we think we know, although it’s also true the initial stages of growth of an outbreak can be slow.

Ideally, we would accurately calculate the likelihood of each scenario. But even so, recent transmission across the border is clearly more likely, given the presence of this strain around the world and the absence of any intermediate cases to link NZ’s first and second waves.

Even trying to determine the country of origin is hard. Many lineages, including B.1.1.1, have a wide global spread. We can understand the extent of the spread using GISAID, the global database in which viral genomes are shared. But with different countries having radically different sequencing efforts (of the 81,000 genomes on GISAID, 35,000 are from the UK alone), finding a link to a country could merely indicate that country has done lots of sequencing. An approach that combines genomic data with data on all international arrivals could be more fruitful.

Whatever the source, we can take heart in New Zealand’s response to this first known community transmission since the original epidemic. New systems to understand the epidemic have swung into action and quickly proved their worth.