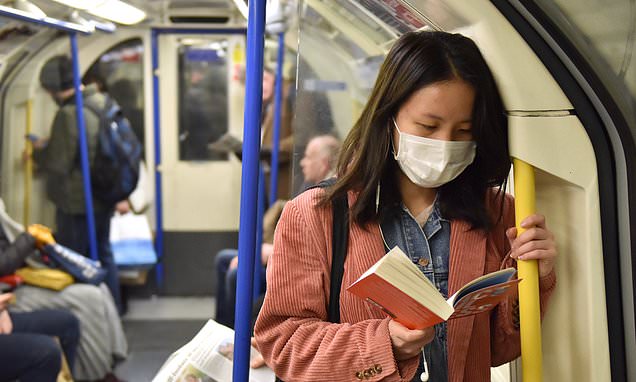 DR MICHAEL MOSLEY: One maddening thing’s for sure about this virus… it’s still a mystery and a minor miracle we’ve learnt so much in four months

One of the most frustrating things about this pandemic, for many I expect, is the lack of certainty. Scientists across the world have responded with unprecedented speed in trying to unravel the secrets of Covid-19.

But this is a new virus to humans. And, despite intense research, there are still fundamental things we don’t understand. That’s why it may feel as if the advice we’re being given has been ever-changing and even contradictory. Schools could stay open. Then they closed. We didn’t all need to stay at home, then – lockdown. Face masks were unnecessary, but we keep hearing that soon we may be asked to wear them in public.

The reason for this is because as evidence accumulates, it can often mean a change in what measures are needed or deemed appropriate. With this in mind, I thought I’d list a few very important things we still simply don’t know about the coronavirus… 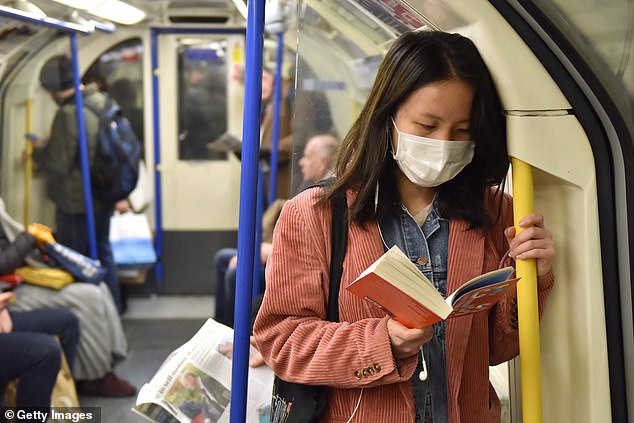 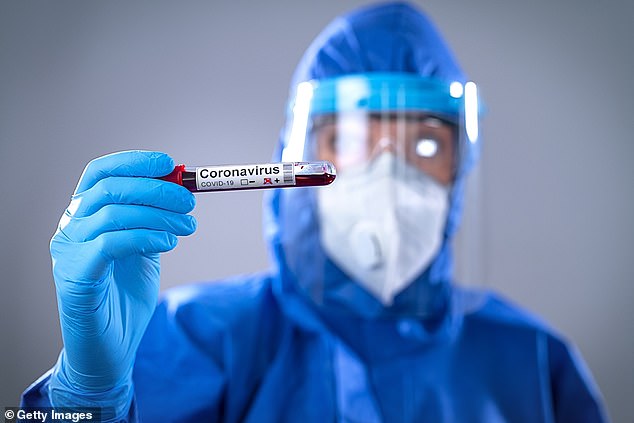 Despite intense research, there are still fundamental things we don’t understand  about Covid-19. That’s why it may feel as if the advice we’re being given has been ever-changing and even contradictory

Where it came from

The official story is that it derived from a bat living in a cave near Wuhan, in China, which infected another animal, possibly a pangolin, which then infected a human. But the coronaviruses in pangolins aren’t that similar to those found in humans, and bat coronaviruses lack the sort of receptors that would enable them to readily infect humans. This has led some to speculate that these viruses were engineered in a research lab. Scientists who have studied the genetics of the virus say this is implausible.

It is possible (though some scientists think it unlikely) that the virus was being studied in a Chinese lab and accidentally escaped. I doubt we will ever know exactly how it started but it is vital that when this is over that a big research effort finds out more about viruses living in wild animals and how close they are to jumping between species.

We have had two huge pandemics in the past 40 years, caused by a virus jumping from an animal to a human. The first was AIDS, which killed more than 50 million. Now we have Covid-19. There are bound to be other viruses, waiting their chance. 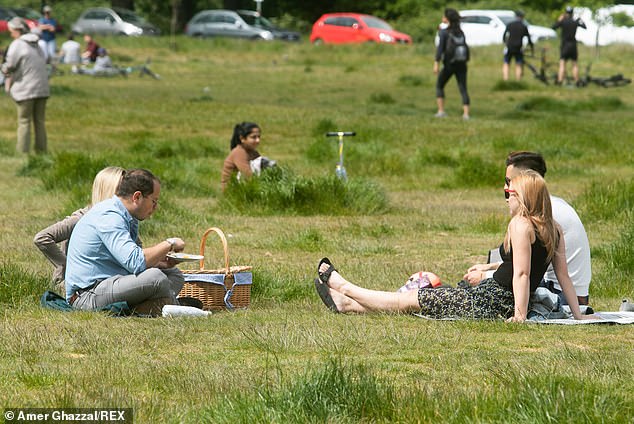 The current, rough estimate is a mortality rate of about 0.7 per cent, making it seven times more deadly than flu. But, for now, we don’t know how deadly it is for certain

A study in France suggests that the virus has been out of China and circulating for a lot longer than originally thought. When French doctors recently examined samples taken from pneumonia patients in December, one came back positive for Covid-19. The patient hadn’t travelled, and had no connections with anyone in China. His wife doesn’t remember having symptoms. However, other researchers pointed out that, if the virus was circulating that long ago, we would have seen a spike in cases sooner. The sample could have been accidentally contaminated. The truth is, while an interesting finding, it can’t be seen as proof of anything.

With many viruses, after a first infection, once the immune system has mounted an initial response and cleared it, proteins remain in the body that protect us against subsequent infections. But not all viruses cause this response.

There is evidence that these proteins, antibodies, are found in the blood of those who have had Covid-19. Scientists believe this means these people will be immune, at least in the short term. But, because we’ve had only four months to track the illness, we don’t know if this is the case, whether everyone becomes immune, or how long immunity lasts. With other coronaviruses, like a closely related one that caused SARS, immunity lasted at least two years, and in some cases much longer.

How deadly is it?

Official figures show many people have been tested for the coronavirus, how many were positive and how many have died from it. If you go by these statistics, about 13 per cent of people who get Covid-19 die from it. But in the UK, until recently, we were only testing those sick enough to end up hospitalised, and not all deaths from Covid-19 outside of hospital were being recorded.

Why some get it bad

A picture that was pretty clear from the start of the pandemic was that the majority of those infected were middle-aged or older and those with pre-existing conditions such as diabetes were more at risk. But other trends have emerged. It has been shown that black and other ethnic-minority Britons are up to four times more likely to die from Covid-19, but the reason is not yet clear. Men are more at risk, too, but we don’t know why.

One of the clear differences between countries that controlled the initial spread of the virus, isuch as South Korea, and countries that didn’t, was the fact that in the former, people were encouraged to wear masks in public.

It seems obvious that if you cough while wearing a mask, you are less likely to spread the virus to others. But one argument against masks is that people are unlikely to wear them properly and may get infected by repeatedly touching the outside of them. Wearing a mask might also give the illusion of safety, so people don’t bother with hand-washing, which is far more important. And finally, if the public start panic-buying masks, there won’t be enough for health workers. Although I started thinking they were a bad idea, I now wear one when I go shopping. 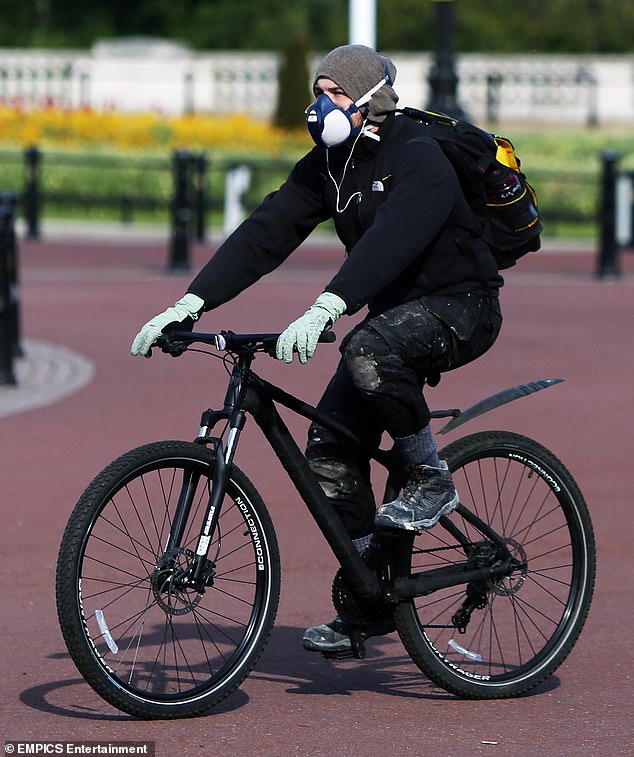 It seems obvious that if you cough while wearing a mask, you are less likely to spread the virus to others

Can kids spread it?

We know that children have a low risk, if they get infected, of becoming seriously ill. But it’s still unclear if they can spread the virus. In fact, when contact tracing data has been examined, few cases of child-to-adult transmission has been found. Very little evidence on this subject exists so it’s impossible to say for sure.

Is there a cure?

While curing the illness looks unlikely anytime soon, the prospect of an effective treatment seems promising. A team of scientists and I investigate this as part of a BBC Horizon documentary broadcast on Tuesday on BBC2. The drugs currently being tested are re-purposed from use in other diseases, as new medications take at least a decade to develop. The most encouraging of these is a drug called Remdesivir, developed to treat Ebola. This stops the virus being able to replicate in a patient’s body and has been shown, in early studies, to cut recovery time by a third. But scientists are testing several other drugs too.

DO YOU HAVE A QUESTION FOR DR MOSLEY?

Email [email protected] or write to him at The Mail on Sunday, 2 Derry Street, London W8 5TT.

Dr Mosley can only answer in a general context and cannot give personal replies.

The world’s biggest Covid-19 drug trial is underway in the UK, with 10,000 NHS patients taking part. Drugs being tested include two antiviral drugs normally used to treat AIDS; dexamethasone, a steroid used to reduce inflammation; hydroxychloroquine, a treatment for malaria; and azithromycin, an antibiotic.

Peter Horby, professor of global health at Oxford University, thinks they will start getting answers in the next few weeks. Initial effects are expected to be modest but he points out: ‘Even a small reduction would be a lot of lives saved.’