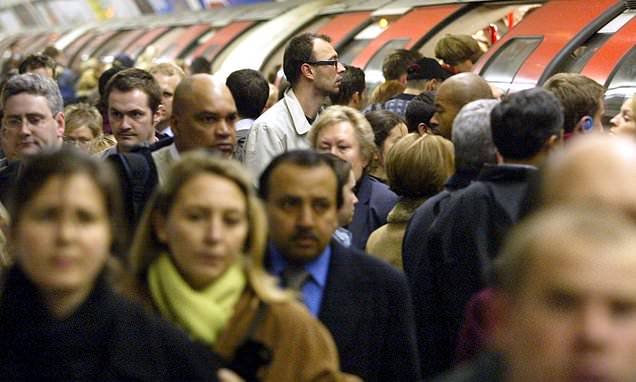 The Tube doors opened and I stepped in, instantly struck by the rather pungent odour of fried food and wine.

At least half a dozen takeaway boxes had been strewn about the carriage floor, along with shards of glass from a broken bottle.

Some of the white wine it once contained had been soaked up by discarded newspapers, creating a soggy mush that the feet of oblivious passengers had spread around. 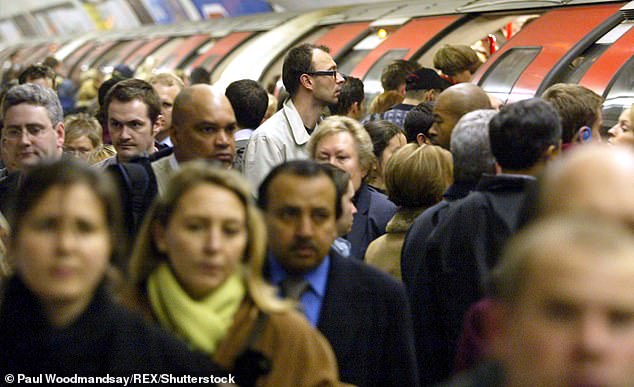 Instead of getting angry at commuters for littering on the London Underground (file image of Embankment Station), why not take action and disprove the phenomenon known as the ‘bystander effect’

I travel on the Underground every day but I’d never seen such carnage. I took my seat alongside other passengers and we sat in silence, staring at the mess.

I was quietly seething that people would treat public transport like a tip; I wondered when a cleaner might be alerted and come to pick up the broken glass, if nothing else.

Then I had a lightbulb moment: rather than getting angry, why didn’t I do something?

It occurred to me that all of us in that carriage, despite disapproving of the mess and stench, were displaying a phenomenon known as the ‘bystander effect’. 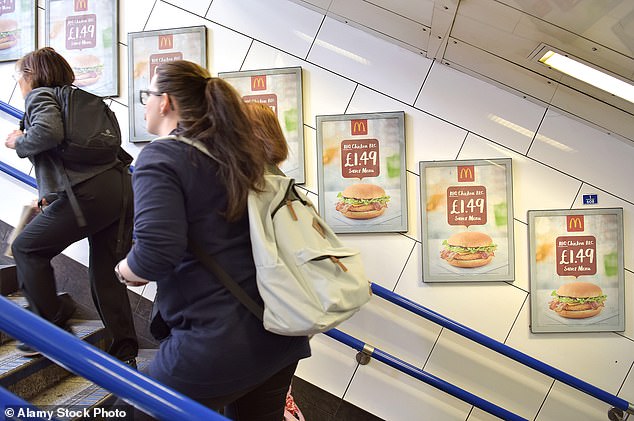 Not one of us was prepared to make the first move. We were all waiting to take our lead from someone else.

I first learned about the bystander phenomenon, albeit in very different circumstances, as a trainee psychiatrist. A lecturer told us about the tragic case of Kitty Genovese, who was stabbed to death in Kew Gardens, New York, in 1964.

Subsequent investigations concluded that a total of 38 people saw the prolonged attack or heard her cries for help — but did nothing to intervene.

The case spawned a number of psychological experiments which explored the bystander effect in more detail and discovered it was widespread. 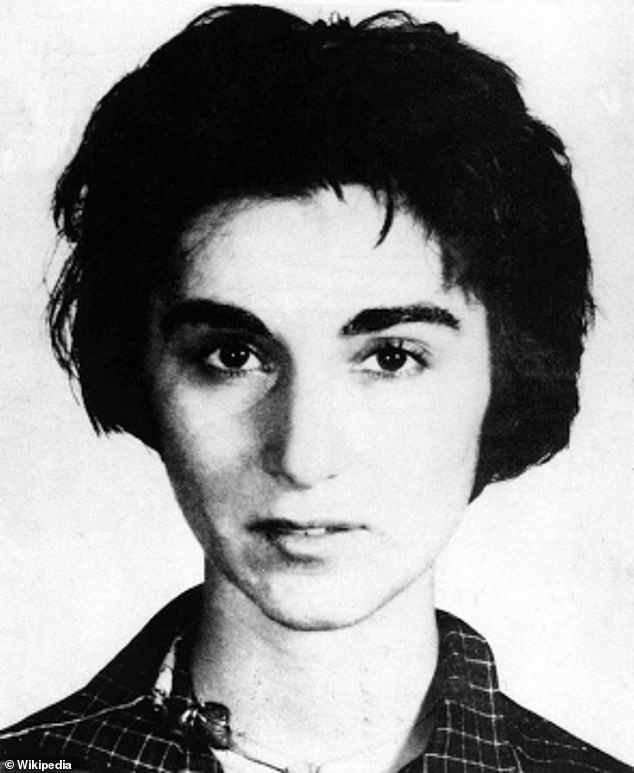 Kitty Genovese’s murder in in Kew Gardens, New York, in 1964, spawned a number of psychological experiments which explored the ‘bystander effect’. It is thought that a total of 38 people saw the prolonged attack or heard her (pictured) cries for help — but did nothing to intervene

Various factors contribute to such behaviour.

During an incident, people will wait to see if others get involved — it’s called ‘diffusion of responsibility’.

In the aftermath, individuals at the scene often say that they did not feel sufficiently qualified or important enough to be the first person to get involved.

Such inaction is also partly down to ‘pluralistic ignorance’ —the idea that, since no one else is reacting or responding, this must be the correct course of action.

Intriguingly, studies have shown that once people are aware of the bystander effect, they are less likely to be affected by it.

Remembering this put me on the spot. So I picked up a newspaper from the floor and began clearing up the broken glass. The reaction of other passengers was astonishing. A woman opposite said she’d help. Then a man produced a plastic bag to put the rubbish in. Further down the carriage, another man started picking up papers.

The train stopped at a station, and someone got in. He stood for a few moments, watching us all, before pitching in himself.

By the time we reached the next stop, the carriage was clear of litter. I got off with three bags of rubbish, which I handed to a bemused cleaner standing on the platform.

Aside from the environmental impact of littering, I’m interested in its psychological aspects — how litter on the streets communicates an acceptance of decay, and a lack of interest in doing anything about it.

This has been termed the ‘broken windows’ theory — the idea that visible signs of crime, anti-social behaviour and civil disorder create an urban environment that encourages further crime and disorder.

But it also provides an opportunity for socially conscious and civic-minded people to make a difference, if only we can learn to overcome the bystander effect and realise that we can be an agent of change.

It’s annoying and frustrating that people can be so selfish and careless, but at least my fellow Tube passengers and I responded positively that day — in the end.

On a personal level, it was satisfying to consider that, rather than grumbling, I’d taken action. And it was the push I needed to sign up to the Mail’s Great British Spring Clean campaign, organised with Keep Britain Tidy. In fact, I’ve already begun to pick up litter. I do hope you’ll join me.

Cambridge University students want to ban military personnel from their Freshers’ Fair on the grounds that their presence ‘triggers’ mental health problems.

This is bonkers. I’m so weary of people jumping on the mental health bandwagon and using it to further their political views. The students are promoting a pacifist agenda, but dressing it up as a concern for psychological health. In the process, they cheapen legitimate concerns over mental illness. 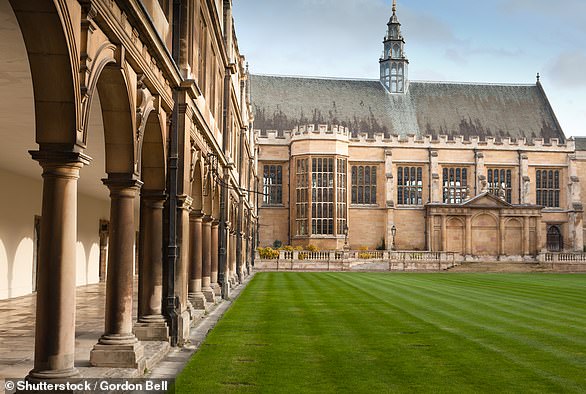 Within living memory, a generation of young men — including many who studied at Cambridge University — volunteered to fight in two World Wars. Many of them never returned.

Yet now we have a generation who can’t even cope with seeing someone wearing camouflage fatigues. National Service ended in 1963, but I wonder whether we should reintroduce it.

I’ve had several friends from countries where national service is still required — Israel, Greece and Russia — and the difference in them before and after has been striking. They return to civilian life fitter, more confident, self-sufficient and mature.

The number of children being treated for eating disorders on the NHS has risen by 50 per cent, according to the Children’s Commissioner’s mental health report.

This should worry every parent, because the situation is only going to get worse.

The proliferation of smartphones means that most of us — particularly the tech-savvy young — have constant access to a camera. 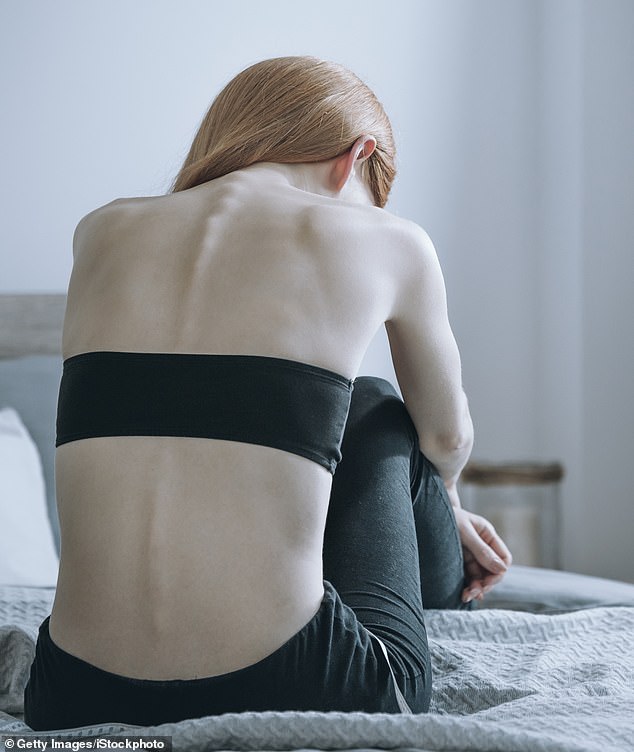 Admissions for children with eating disorders (file image) has risen by 50 per cent, according to the Children’s Commissioner’s mental health report. The rise of smart phones plays a crucial role in fuelling the development of an increasingly image-obsessed society, claimed Dr Max

And, thanks to photoshopping apps, young people in particular are also being bombarded with images that appear natural but have, in fact, been carefully manipulated.

This culture puts youngsters under increasing pressure to conform to unrealistic standards of beauty, and makes them more likely to diet. In those with underlying psychological and emotional problems, a diet can become an eating disorder.

Social media companies have a responsibility to flag up images that have been digitally manipulated. Until they do, the epidemic of anorexia and bulimia will continue.

Its report found that nearly a fifth of women could not get their help during labour and birth — while 37 per cent said they had not had access to a midwife after birth.

Despite repeated pledges to improve ‘continuity of care’, just 9 per cent of women saw the same midwife throughout pregnancy and in the early days of motherhood.

This is appalling on so many levels — not least because we know that the leading cause of maternal deaths within a year of a pregnancy is, shockingly, suicide.

The NHS set up specialist mental health services to support pregnant women and new mothers, but in order for a woman to access them, a healthcare professional needs to notice there is a problem.

If post-natal care is inadequate, struggling new mothers will continue to fall through the gaps.

This feel-good coming-of-age musical about a young boy who is bullied at school because he dreams of being a drag queen has become an unlikely West End hit. 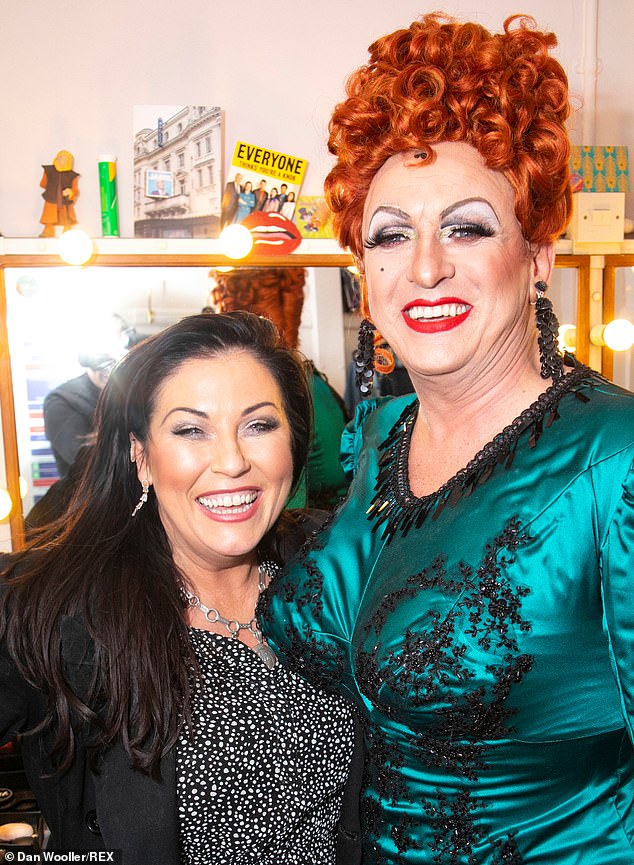 I know I’m late to the party, but it’s based on a true story and I loved it. If you know a young person struggling to find their way, this show has a hugely positive message that will lift their spirits.

This week’s report of the independent inquiry into surgeon Ian Paterson, who performed botched and unnecessary breast cancer operations on hundreds of women, is yet another illustration of how urgently the profession needs to get its house in order.

A system of annual appraisals and five-yearly revalidation assessments was introduced in 2002, after the conviction of Nottingham GP Harold Shipman, who murdered up to 250 of his patients. The aim was to identify and stop ‘rogue’ doctors sooner, and protect the public. This hasn’t happened. I’ve just completed my appraisal and revalidation. It is a tedious waste of effort.

I had to take four days of annual leave to write 30,000 words. Rather than pointless form-filling, I’d favour a process in which doctors are observed at work in surgeries, on wards and in theatre, by independent assessors, just as teachers are inspected while teaching. There’s more chance of spotting the doctors who bring shame to the profession that way, surely?