If you told your grandma that bone broth was a new trend, she’d laugh at you. Though broth claimed superfood status a few years ago (thanks, paleo), it’s been a thing for ages—so it clearly must offer some benefits…right?

Heck, The New York Times claims bone broth has been around since the Stone Age, suggesting our cavemen ancestors made it by dropping fire-heated rocks into the stomachs of animals they killed. Mmm.

Though most people make bone broth a little differently today (like, uh, in a pot on the stove), cultures all over the world share some tradition of bone broth—each using various forms of meat, herbs, and vegetables to get the right brew.

Some swear its health benefits include everything from settling your stomach to helping you to feel less anxious, while others just enjoy the savory taste.

Either way, bone broth might just be worth the hype. Here’s what nutrition experts want you to know about the meaty brew—and how to get your fill.

Back up. What is bone broth, exactly?

Typically, bone broth is made by stewing the meat and bones of an animal (usually chicken or beef) in water for a long period of time (up to 24 hours), says dietitian Sonya Angelone, RD, spokeswoman for the Academy of Nutrition and Dietetics.

Often, herbs, spices, and veggies are stewed alongside the meat for flavor. Once cooked, you strain out all of your added ingredients.

The result: a light, flavorful liquid that packs all the essence of the ingredients you made it with.

During the broth-making process, the cartilage in the bones and connective tissues of the meat break down into collagen protein, which remains in the broth even after you strain out the veggies and meat, Angelone says. 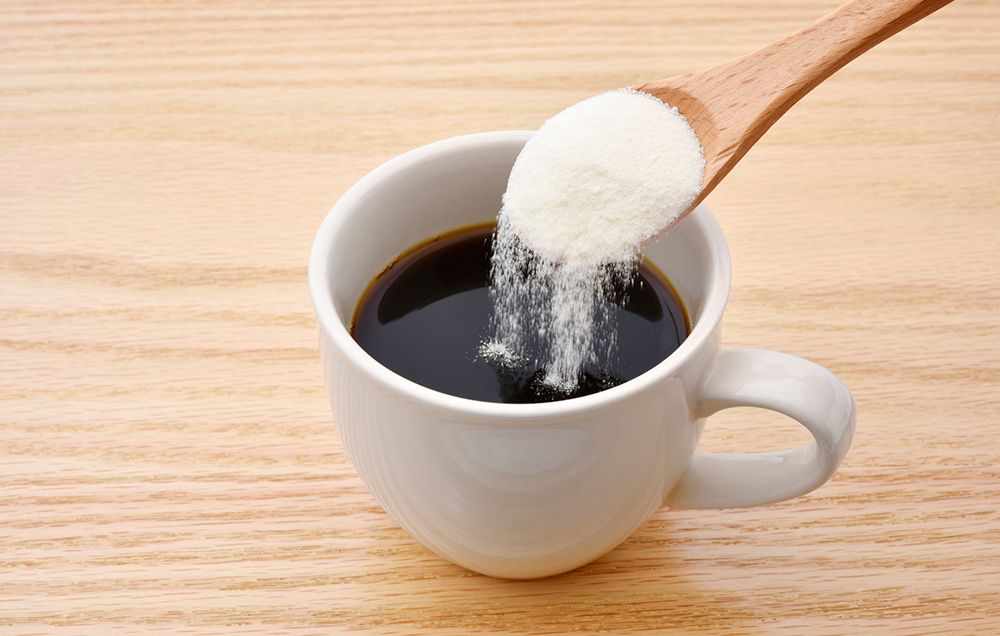 Since larger bones take longer to break down, broths made with beef or lamb typically require a longer cooking time than chicken-based broths, she adds. (While chicken takes about six hours, lamb or beef can take between eight and 24.)

Though the exact nutrition info of a bowl of bone broth depends on the meat, veggies, and other ingredients used—and who makes it, you can generally expect it to be pretty light and somewhat salty.

Here’s what a 3.5-ounce serving of beef bone broth looks like, according to the USDA Nutrient Database:

More of a chicken bone broth kind of person? Here’s what you can expect from a 3.5-ounce serving, according to the USDA Nutrient Database:

Here are 8 benefits of bone broth you should know about.

When you sip some bone broth, you can expect to get some protein, fat, and carbohydrates. But that’s not all. Most broths also contain a variety of vitamins and minerals, like potassium, phosphorous, calcium, and magnesium, says dietitian Alissa Rumsey, RD, owner of Alissa Rumsey Nutrition and Wellness.

Of course, though “bone broth does provide a lot of nutrients, it’s not a cure-all,” Rumsey says.

Which specific vitamins and minerals (and how much) a given bone broth contains varies depending on the meat and vegetables used—and how long it’s all cooked for, Angelone adds.

2. Bone broth is low in calories.

Consider bone broth a lower-calorie soup option, says Keri Gans, RD, author of The Small Change Diet. Again, every bone broth is different, but you can generally expect it to contain between 35 to 85 calories a cup, she says.

Though research has yet to confirm bone broth’s digestive benefits in humans, some initial research in animals suggests that the gelatin (a substance collagen can turn into) in bone broth may support a healthy gut.

4. It may also boost joint health.

That gelatin the collagen in bone broth converts into? It “incorporates into cartilage and muscle better than amino acids alone,” Angelone says. As a result, it may help keep your joints healthy.

Meatproducts, including bone broth, are also good source of amino acids, which your muscles and joints need to stay strong, she adds.

You know protein is pretty important for your body. After all, it’s a building block of bones, muscles, cartilage, skin, and blood. While bone broth isn’t as good a source of protein as, say, a steak, you can still get a solid amount from a relatively small serving, Rumsey says.

Though the link here is indirect, the protein in bone broth can help strengthen your immune system by supporting your production of antibodies (basically the immune system’s fighter cells), Angelone says.

The collagen protein in bone broth, among other things, helps keep your skin elastic and hydrated. Since collagen is hard to find in many food sources, bone broth is a great way to support skin health.

8. Sipping broth could even help you sleep.

“Just like a cup of decaffeinated tea or warm milk helps some individuals to sleep better, a mug of bone broth can have the same ritualistic effect,” says Gans. It may be more about the warmth than the broth itself, but hey, whatever works.

Intrigued? Here’s how to make bone broth for yourself.

Fair warning: Making bone broth does take some effort. First, you’ll need to get some meat bones, Angelone says. (You can buy them at your local grocery store or butcher, or save leftovers from past meals.)

Then, roast them in the oven to bring out their flavor, she says. (You can throw any desired veggies in the oven, too.) 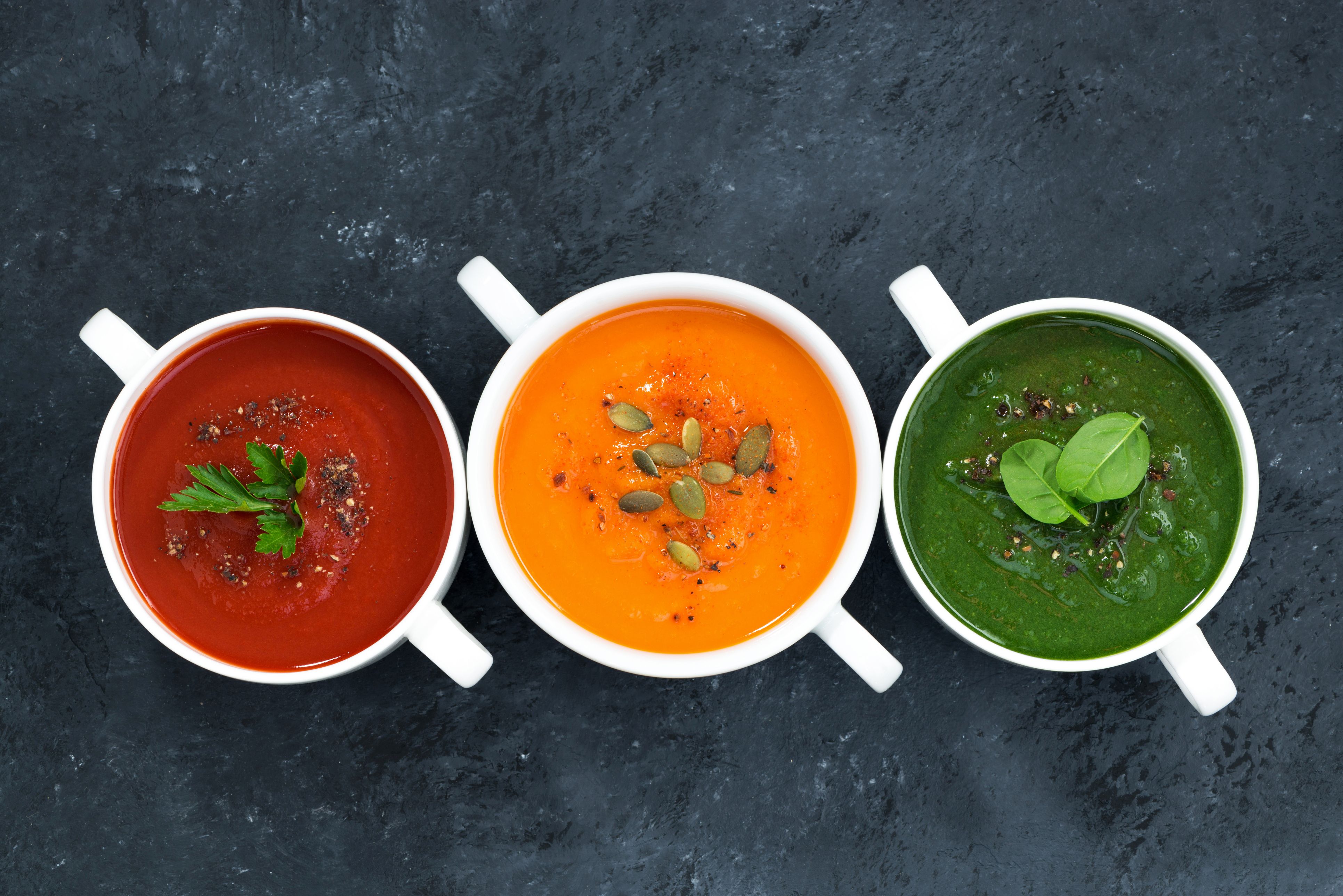 From there, transfer everything to a pot and cover with water. “You can also add a little vinegar to help dissolve the cartilage and release its nutrients,” Angelone says.

After simmering for the right number of hours (remember, six hours for chicken and eight-plus for lamb or beef), strain out the vegetables, and voila, the remaining liquid is your bone broth.

If you’re up for the ordeal, try this easy bone broth recipe from chef Mathew Miller.

Too much work? Here’s how to find a quality pre-made bone broth.

When shopping for pre-made bone broth, Angelone recommends opting for organic “to avoid the accumulation of possible pesticides.”

From there, “look for bone broths made with vegetables and herbs, which increase its nutritional value,” Rumsey says.

Once you’ve cleared your ingredients, check the label for high levels of sodium, says Gans. The American Heart Association recommends consuming ideally less than 1,500 milligrams per day, and definitely no more than 2,300 milligrams a day. If possible, stick to a broth labeled “low-sodium.”

Beyond that, it just comes down to your personal flavor preferences. Pick a broth made with meats, veggies, and spices you enjoy.

Finally, here’s how to incorporate bone broth into your diet.

The obvious use for bone broth: as a flavorful base for soups, stews, and sauces, Angelone says. However, you can also sip it plain in place of coffee, tea, or soup.

If you’re feeling creative, you can even use bone broth to cook grains, like farro or brown rice, Rumsey says. (They’ll turn out more flavorful than if you use water.) Same goes for veggies: “Bone broth can even be used to replace some oil when sautéing veggies,” Gans says.

The bottom line: Though bone broth isn’t a magical health cure-all, it does contain good-for-you nutrients and adds loads of flavor and nutrition to your meals.