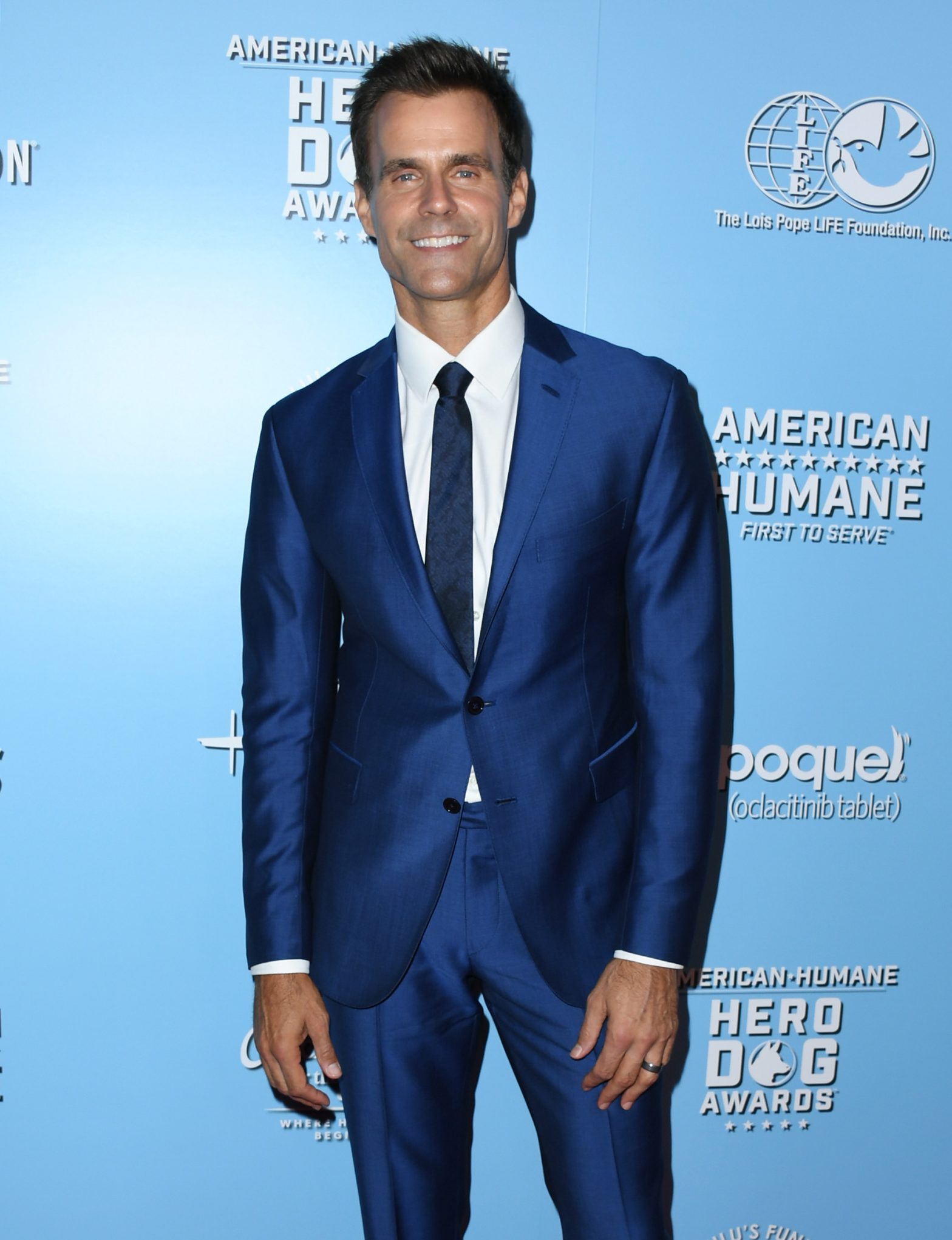 Over the weekend, the Hallmark Channel host, 50, attended the American Humane Hero Dog Awards in Beverly Hills with his wife Vanessa, and shared on Instagram that his kidney cancer surgery last month was a success.

“First night out post surgery at the American Humane Hero Dog Awards🐶💪🏼😌 Grateful to be feeling so strong and have this incredible woman by my side🙏🏼❤️#herodogawards2019 #hallmarkchannel #cancerfree,” Mathison wrote of the sweet shot of the couple.

In an interview with Extra on the red carpet, Mathison gave an update on his health post-surgery.

“I’m feeling really, really well,” he said. “It’s three weeks out of surgery and I honestly didn’t even think I would be feeling up to coming here. The recovery has been great, the surgery went really well, the prognosis is very optimistic.”

The former All My Children star revealed Sept. 10 that he had renal cell carcinoma, or kidney cancer. A week later, he underwent partial nephrectomy surgery — a difficult procedure where doctors remove a tumor while only taking out a small portion of the kidney.

“They removed the tumor on my right kidney and in doing so they removed part of the kidney itself and left the majority of it, and when they did the pathology report and they checked the margins around the tumor, all of that was free and clear of cancer and that led them to believe that all the cancer was out and gone. The cancer has not spread … so I am cancer free,” Mathison explained.

The TV host recalled to the outlet how he got an MRI done after experiencing stomach pains, and learned that the tumor on his kidney had been growing for eight to 10 years.

“I’ll get goosebumps,” he said. “I get teary talking about it, but Vanessa’s dad passed away from cancer … I would hear that maybe at that time he wasn’t as much of an advocate for his own health.”

“He wasn’t proactive,” added Vanessa, who has been married to Mathison since 2002.

“That helped me, kind of motivated me to stay on top of it,” Mathison said of his father-in-law’s death. “I knew my energy was low, I knew these tests didn’t make sense … I knew something was up. Really listen to your body, be an advocate.”

Two days after his Sept. 18 surgery, Mathison announced to his Instagram followers that it went “very well.”

“The tumor is gone and I even got to keep 80% of my kidney 😊,” Mathison posted on Instagram, along with a photo of him in his hospital bed surrounded by his two kids, Leila, 13, and Lucas, 16. “We are all optimistic.”

The actor told his fans that he would keep them updated on his health and thanked them for their encouragement.

“Feeling loved and supported by my family and friends, including each and every one of you,” he said. “I’ve been very overwhelmed and so grateful for all of the supportive comments and prayers.”