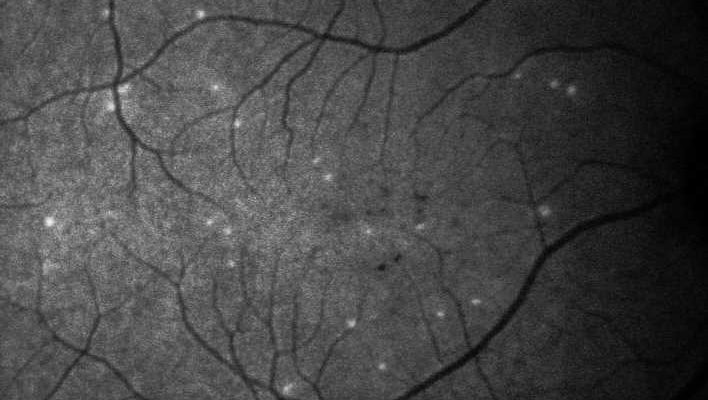 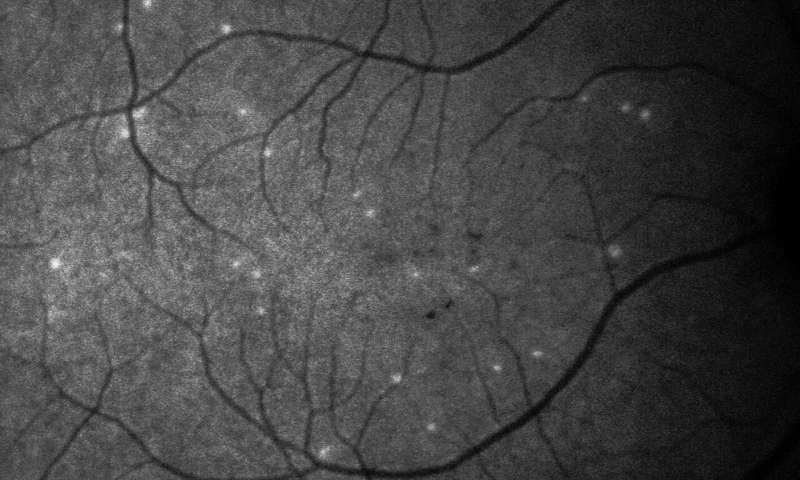 A new test can detect glaucoma progression 18 months earlier than the current gold standard method, according to results from a UCL-sponsored clinical trial.

The technology, supported by an artificial intelligence (AI) algorithm, could help accelerate clinical trials, and eventually may be used in detection and diagnostics, according to the Wellcome-funded study published today in Expert Review of Molecular Diagnostics.

Glaucoma, the leading global cause of irreversible blindness, affects over 60 million people, which is predicted to double by 2040 as the global population ages. Loss of sight in glaucoma is caused by the death of cells in the retina, at the back of the eye.

The test, called DARC (Detection of Apoptosing Retinal Cells), involves injecting into the bloodstream (via the arm) a fluorescent dye that attaches to retinal cells, and illuminates those that are in the process of apoptosis, a form of programmed cell death. The damaged cells appear bright white when viewed in eye examinations—the more damaged cells detected, the higher the DARC count.

One challenge with evaluating eye diseases is that specialists often disagree when viewing the same scans, so the researchers have incorporated an AI algorithm into their method.

Those taking part in the AI study were followed up 18 months after the main trial period to see whether their eye health had deteriorated.

The researchers were able to accurately predict progressive glaucomatous damage 18 months before that seen with the current gold standard OCT retinal imaging technology, as every patient with a DARC count over a certain threshold was found to have progressive glaucoma at follow-up.

“These results are very promising as they show DARC could be used as a biomarker when combined with the AI-aided algorithm,” said Professor Cordeiro, adding that biomarkers—measurable biological indicators of disease state or severity—are urgently needed for glaucoma, to speed up clinical trials as the disease progresses slowly so it can take years for symptoms to change.

“What is really exciting, and actually unusual when looking at biological markers, is that there was a clear DARC count threshold above which all glaucoma eyes went on to progress,” she added.

First author Dr. Eduardo Normando (Imperial College London and Western Eye Hospital Imperial College Healthcare NHS Trust) said: “Being able to diagnose glaucoma at an earlier stage, and predict its course of progression, could help people to maintain their sight, as treatment is most successful if provided at an early stage of the disease. After further research in longitudinal studies, we hope that our test could have widespread clinical applications for glaucoma and other conditions.”

The team is also applying the test to rapidly detect cell damage caused by numerous conditions other than glaucoma, such as other neurodegenerative conditions that involve the loss of nerve cells, including age-related macular degeneration, multiple sclerosis, and dementia.

The AI-supported technology has recently been approved by both the UK’s Medicines and Healthcare products Regulatory Agency and the USA’s Food and Drug Administration as an exploratory endpoint for testing a new glaucoma drug in a clinical trial.

The researchers are also assessing the DARC test in people with lung disease, and hope that by the end of this year, the test may help to assess people with breathing difficulties from Covid-19.