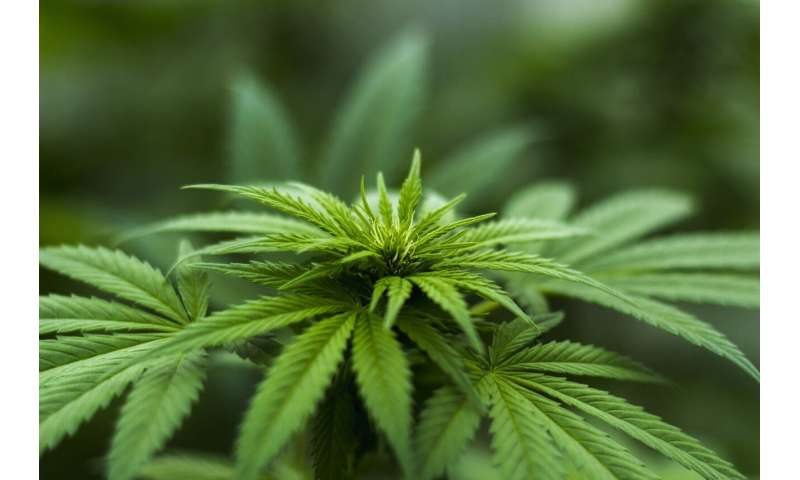 New research conducted by the Lambert Initiative for Cannabinoid Therapeutics at the University of Sydney reveals a quarter of Australians with inflammatory bowel disease (IBD) have used cannabis, predominantly from illicit sources, to manage their condition. They reported improvements in symptoms and reduced use of prescription medication.

The first Australian nationwide survey—and largest ever survey on medicinal cannabis use in IBD patients—has revealed that 25.3 percent of the 838 respondents were using or had previously used medicinal cannabis to manage their symptoms.

In Australia, IBD is becoming more prevalent, more complex, and more severe, according to a PricewaterhouseCoopers report. It affects approximately one in 250 people aged five to 40. Almost 75,000 Australians have Crohn’s disease or ulcerative colitis, with this number projected to increase to 100,000 by 2022.

IBD, which includes the conditions Crohn’s disease and ulcerative colitis, is caused by inflammation of the gastrointestinal tract and can be debilitating. It causes symptoms including weight loss, diarrhoea and bleeding, along with chronic pain, anxiety and stress that significantly impact a patient’s day to day quality of life.

The condition can be difficult to manage with conventional treatment options, which is why some patients are turning to cannabis for symptom relief.

Results from the anonymous online survey, published in the journal Crohn’s & Colitis, examined IBD severity, medication adherence, quality of life, as well as medicinal cannabis use and its perceived impact on these measures. The survey expanded on previous surveys by accessing a larger patient population. It also allowed separation of and insights into different IBD subgroups—Crohn’s disease, ulcerative colitis or “IBD unclassified”; and different cannabis use populations—non-user, previous user and current self-prescribed medicinal cannabis users.

Principal investigator and academic director of the Lambert Initiative Professor Iain McGregor said: “The survey was inspired by the experiences of the Taylor family from the Blue Mountains: father Steven Taylor was arrested for growing cannabis to alleviate the suffering of his daughters Morgan and Taylor who suffered from severe IBD and found great relief from non-intoxicating cannabis leaf juice preparations.”

A statement from the Taylor family said: “Medicinal cannabis alleviated our daughters’ suffering after all conventional treatments failed. The survey reflects the lived experience in the community where vulnerable families resort to accessing unreliable products with no certainty of future supply. When doctors are so cautious about prescribing cannabis medicines and when current official products are unaffordable for patients, then either the law needs to change, or we need to have an amnesty for genuine medicinal users and their carers.”

Professor McGregor said: “This case reflects the reality that many IBD patients do not have their condition adequately managed by existing drugs and so turn to alternative options, such as cannabis, to manage their condition.”