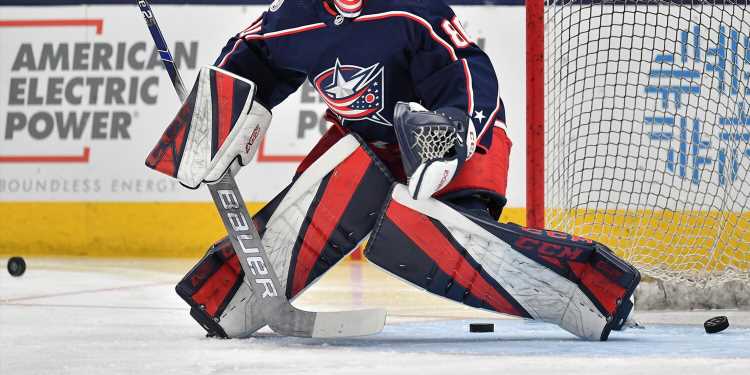 On Monday, the Columbus Blue Jackets made an announcement on social media about Kivlenieks' death, saying,  "It's with a very heavy heart that we share the news that goaltender Matiss Kivlenieks passed away last night at the age of 24. We are heartbroken. Please keep his family in your thoughts and prayers. Rest in peace, Kivi."

Many others followed up by sharing their condolences.

"We are shocked and saddened by the loss of Matiss Kivlenieks, and we extend our deepest sympathies to his mother, Astrida, his family and friends during this devastating time," said Blue Jackets President of Hockey Operations John Davidson in a statement. "Kivi was an outstanding young man who greeted every day and everyone with a smile and the impact he had during his four years with our organization will not be forgotten."

Blue Jackets general manager Jarmo Kekalainen added, "Life is so precious and can be so fragile. Hug your loved ones today. RIP Matiss, you will be dearly missed," on his Twitter account.

"On behalf of the NHL family, we extend our deepest sympathies to his family, friends and teammates in both the Blue Jackets organization and his native country of Latvia," Bettman said in the statement. "His love for life and passion for the game will be deeply missed by all those who have been fortunate to have him as a teammate and a friend."

Kivlenieks signed with the Columbus Blue Jackets as a free agent in May 2017 before making his NHL debut in January 2020. He started in two games this past season and represented Latvia at the 2021 IIHF World Championships.