In a recent study published in the New England Journal of Medicine, researchers presented the findings of the ongoing KidCOVE trial in the United States (US). 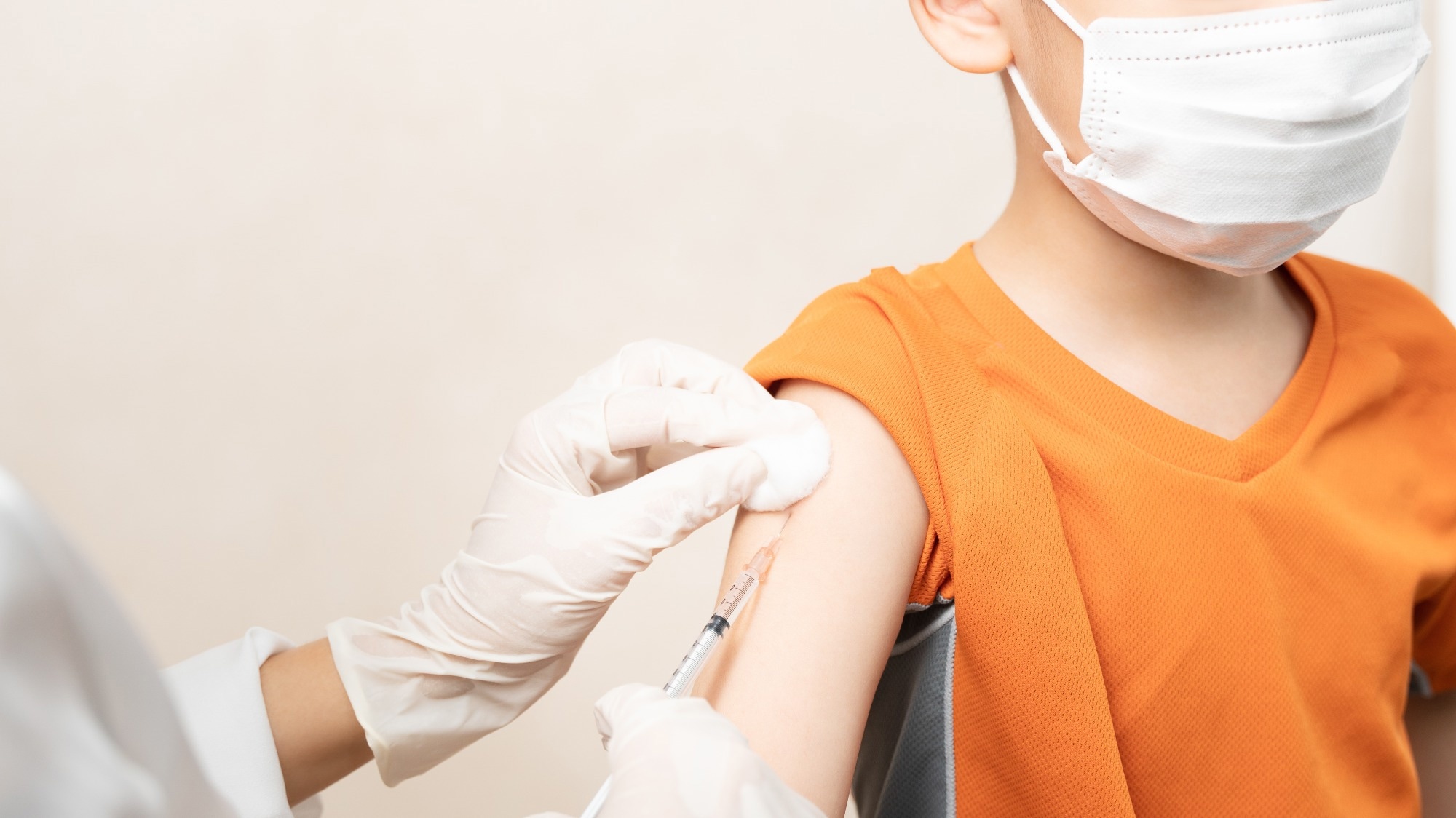 Despite vaccine efficacy loss against some Omicron sub-variants, mRNA-1273 vaccination prevents COVID-19-related hospitalization and death. In the US, these incidents surpassed annual influenza-related hospitalization and death rates in children younger than five years between October 2020 and September 2021. There is an urgent need for a safe and effective vaccine for infants, toddlers, and young kids.

In the present study, researchers described the findings of an ongoing mRNA-1273 vaccine trial (KidCOVE) in the US. The team recruited healthy children at 79 and eight sites in the US and Canada, respectively, between April 2021 and June 2021. They stratified all the eligible children into three age cohorts six to 11 years, two to five years, and six to 23 months.

The first phase involved testing the 25-μg and 50-μg doses of the mRNA-1273 vaccine in children two to five years of age and children six to 23 months of age, respectively. The team administered two doses of the mRNA-1273 vaccine or saline placebo intramuscularly 28 days apart. They selected a 25-μg dose for evaluation in all children for phase II of the trial based on a review of its safety and immunogenicity. In phase II, the team first randomly assigned children aged six months to five in a 3:1 ratio to receive two 25 μg doses of mRNA-1273 or placebo, administered 28 days apart.

The team monitored and solicited local and systemic adverse reactions within seven days after each vaccination in the study phases. The primary study objective was the determination of the safety and reactogenicity of mRNA-1273. The secondary objective was to determine the incidence of COVID-19 in recipients of the vaccine or placebo.

A 25 μg two-dose regimen of mRNA-1273 elicited similar immune responses in children six months to five years of age as higher doses of this vaccine in older children, adolescents, and adults. In addition, vaccine efficacy against COVID-19 was lower than in previous mRNA-1273 trials conducted before the emergence of Omicron. Furthermore, this dosage elicited transient, mild-to-moderate reactogenicity in phase II of this trial in both age cohorts.

Nearly 23% of children in both age cohorts experienced fever after either mRNA-1273 vaccination. A few children experienced grade 4 fevers (>40.0°C). However, there were no serious adverse events, such as myocarditis, pericarditis, or death. Overall, there were no safety issues before or through the analysis-cutoff date. Lastly, mRNA-1273 vaccination elicited adequate serum-neutralizing antibody concentrations in these younger children, similar to what a 100-μg two doses of mRNA-1273 triggered in adults.

Furthermore, the mRNA-1273 vaccine triggered an immune response that met the noninferiority criteria for both age cohorts. At day 57, neutralizing antibody geometric mean concentrations were 1,410 and 1,781 in two-to-five-year-olds and six-to-23-month-olds, respectively. For young adults who received a 100-μg mRNA-1273 dose, the antibody geometric mean concentrations were lower and attained a value of 1,391 only.

During the period of SARS-CoV-2 Omicron predominance in the US, the primary vaccination with 25-μg of mRNA-1273 was favorable in young children. Its efficacy against COVID-19 was 36.8% and 50.6% in two to five-year-olds and six to 23 months old, respectively. Thankfully, clinical trials assessing the long-term effectiveness of mRNA-1273 will continue even after its authorization. All active and passive safety surveillance will continue to detect new safety signals concerning mRNA-1273 post-authorization use.

Neha is a digital marketing professional based in Gurugram, India. She has a Master’s degree from the University of Rajasthan with a specialization in Biotechnology in 2008. She has experience in pre-clinical research as part of her research project in The Department of Toxicology at the prestigious Central Drug Research Institute (CDRI), Lucknow, India. She also holds a certification in C++ programming.