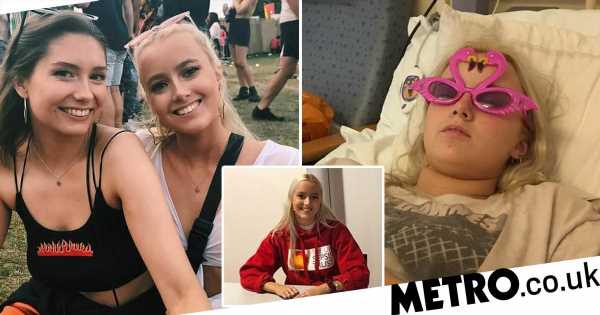 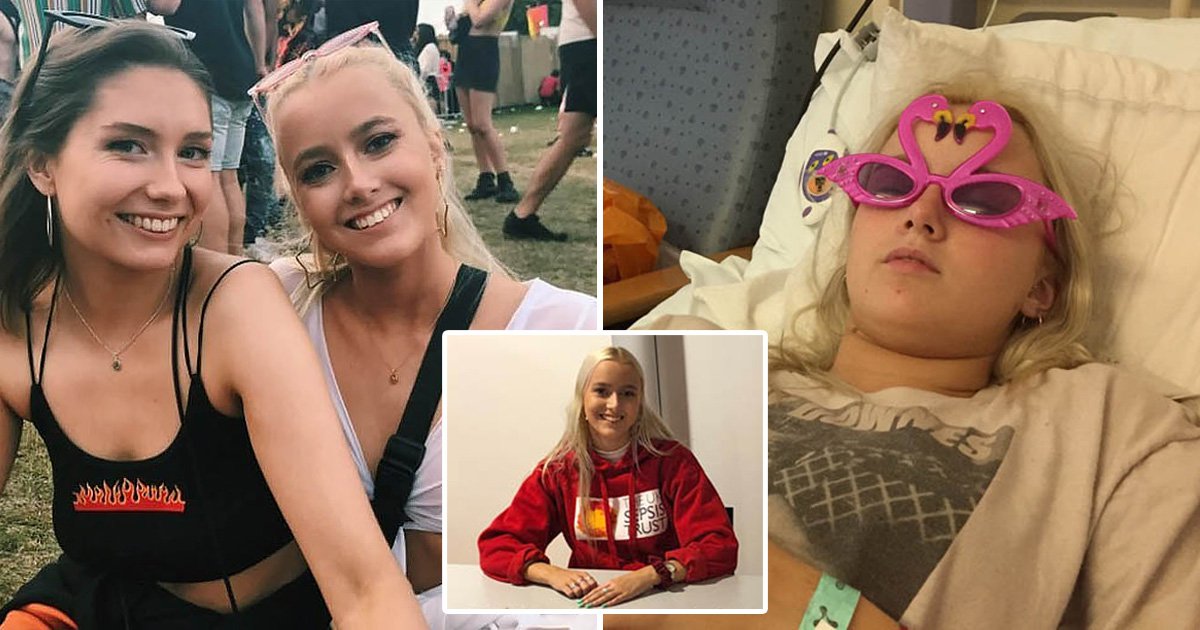 University of Nottingham student Poppy Downes, 23, was delighted to score tickets to Creamfields, a dance music festival taking place across August in 2017.

In the weeks beforehand, she had been prescribed antibiotics for a urine infection, which she hoped would clear up in time for the festival.

But not long after arriving at Creamfields, her condition rapidly declined. She spent the first night shivering, freezing cold despite the blazing August sun.

After finding the medical tent the following morning, Poppy, from Watford, diflucan and alcohol safety Hertfordshire, was taken to nearby Warrington Hospital.

Poppy, a services coordinator at the Royal College of Surgeons, was diagnosed with sepsis – a life-threatening condition where the body mistakenly attacks itself in response to an infection.

Now having made a full recovery, she is speaking out to raise awareness of the condition.

She said: ‘It was scary and upsetting at the time when I realised how ill I really was.

‘But I found the hardest part was the post-sepsis syndrome. For about 18 months afterwards, both my immune system and mental health really suffered.

‘Providing more awareness of the seriousness of sepsis may encourage people to seek treatment earlier and may save lives, reduce life-changing disabilities, make recovery quicker and alleviate some of the burden on the NHS.’

In the weeks leading up to the festival, archaeology and geography studentPoppy had been troubled by a urine infection.

Going back and forth to doctors, she had been given two three-day courses of antibiotics – but her symptoms persisted.

‘Most of the time, the pain was a dull ache but then it would flare up,’ she said.

‘The night before we travelled to the festival, I’d had such severe pain in my pelvis and my stomach that I couldn’t get up off the bathroom floor.

‘I wasn’t sure whether to still go, but I’d been really excited and thought that, when I got there, I’d power through the pain. I promised my mum I’d go to the
doctors when I returned home.’

So, the following day, Poppy and her friends travelled to Daresbury, Cheshire, for the festival.

But not long after pitching her tent and getting made up for a night of fun, she found herself in pain again.

She also became aware that she had not really passed urine all day.

The next day, a worried and exhausted Poppy sought help at the festival’s medical tent.

Fearing Poppy had appendicitis, medics called an ambulance to take her to a nearby hospital.

There, blood tests showed that her infection levels were sky high – but her kidneys, not her appendix, were the problem.

She was then diagnosed with a severe kidney infection called pyelonephritis, a type of urinary tract infection that had spread to her kidneys and, in turn, sparked sepsis.

From there, Poppy was given antibiotics via a cannula and intravenous drip, as well as morphine for the pain.

Her body slowly began to win its fight against the infection, but at one point the fever was so severe that she could not open her eyes and had to spend the day in her hospital bed wearing her festival novelty flamingo sunglasses.

After six nights, she was discharged with another two weeks’ worth of strong antibiotics.

‘At the time I felt really disappointed I was missing the festival, but when I started to understand how ill I was, I was just thankful I didn’t die,’ said Poppy.

‘It is incredibly worrying that I had sepsis without realising, that is why the need to raise awareness is so important.’

Although the condition is treatable in many cases, the UK Sepsis Trust estimate that at least 48,000 people in the UK die from it each year – which shockingly equals five deaths every hour.

Thankfully, a follow-up scan of Poppy’s kidneys after she finished her antibiotics revealed no lasting damage.

Now sharing her story to raise awareness, she describes the whole experience as ‘rough’ – and says it was lonely because she found that not many people her age had heard of sepsis and so did not know what she went through.

‘I was completely ignorant of sepsis before I succumbed to it and appreciate that I am one of the lucky ones.

‘Information is power, and by informing people of the symptoms, causes and need for swift treatment they can be empowered.’

Do you have a story you want to share?