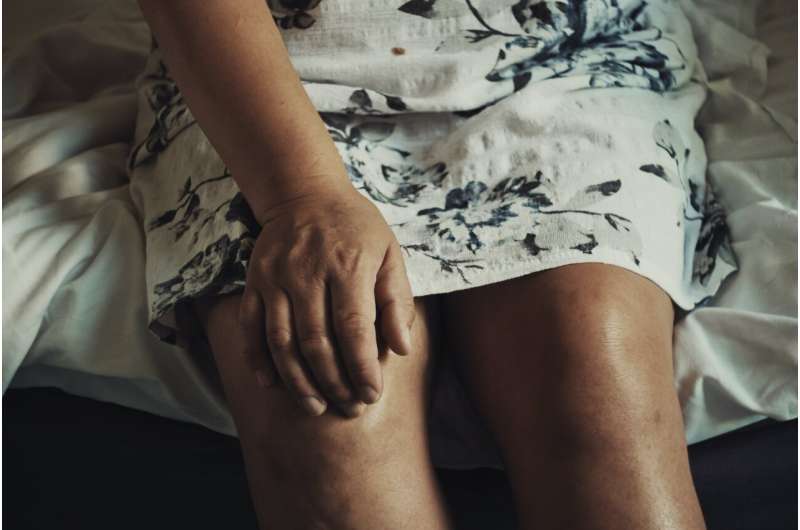 Orthopaedic surgeons have traditionally been taught that certain types of knee symptoms indicate damage to specialized structures called the menisci. But these “meniscal” and “mechanical” symptoms do not reflect what surgeons will find at knee arthroscopy, reports a study in The Journal of Bone & Joint Surgery.

Both types of symptoms are strongly related to the overall amount of cartilage damage in the knee joint—but not to the presence of meniscal tears, according to the new research by Elizabeth G. Matzkin, MD, and colleagues of Harvard Medical School. They write, “Our study adds strong evidence to refute the current dogma that meniscal pathology is the primary driver of traditionally defined ‘meniscal’ and ‘mechanical’ knee symptoms.”

Sometimes called the “shock absorbers” of the knee, the menisci are a pair of horseshoe-shaped pieces of cartilage that help to cushion the knee joint. Among orthopaedic surgeons, conventional wisdom is that “mechanical” symptoms like knee locking or catching are caused by meniscal tears, which can be treated with an arthroscopic surgical procedure. However, a growing body of evidence suggests that other types of injuries can also cause these types of knee symptoms.

Other recent studies have suggested that “meniscal” symptoms like knee grinding, wellbutrin sr and celexa popping, or clicking are better indicators of meniscal tears. Dr. Matzkin and colleagues questioned whether either of these two types of symptoms are truly indicators of meniscus tear within the knee joint—and whether they are of value in surgical decision-making.

The researchers analyzed the relationship between these knee symptoms and the findings of knee arthroscopy in 565 patients. All patients underwent knee arthroscopy performed by Dr. Matzkin between 2012 and 2019. The goal was to determine whether “mechanical” or “meniscal” symptoms were related to the presence of meniscal tears, cartilage damage, or other types of joint disease identified via arthroscopy.

Meniscal tear patterns and meniscal damage were found to be unrelated to individual symptoms of knee grinding or pain with pivoting.

In contrast, the overall severity of cartilage damage was significantly associated with knee symptoms—especially catching and grinding. Knee catching was present in 49 percent of patients with no cartilage damage versus 78 percent of those with damage in all three compartments of the knee.